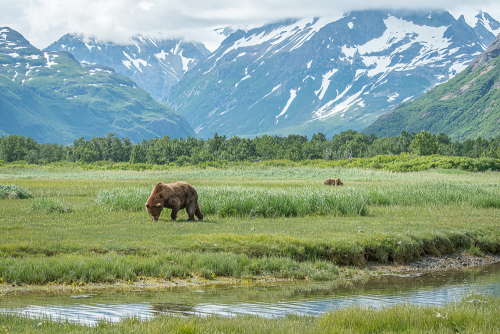 Nothing really prepared us for the heart-stopping thrill of seeing our first grizzlies in Katmai.

All of us where just stunned into silence by the incredible scenery surrounding us. Even without the presence of bears, it is breathtakingly beautiful. 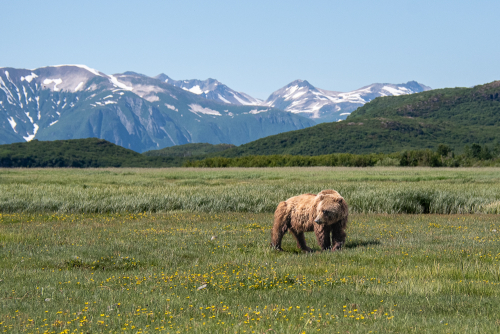 The grizzlies are just a huge bonus! 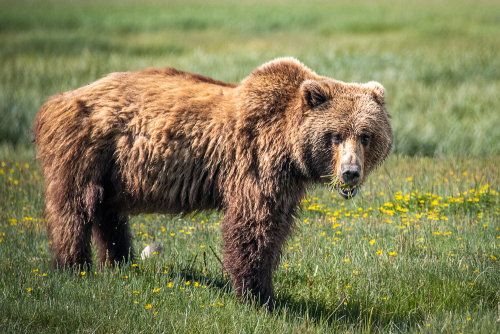 The bears had just made their way down out of the mountains where they'd been hibernating all winter. Their first food source of the season is sedge, a grass-like plant that grows in abundance here.

Sedge has lots of protein and fulfills their nutritional needs after their long winter's naps. After the lush sedge of the spring is gone, they will move back up into the mountainsides to eat berries until the salmon begins running later in the summer. 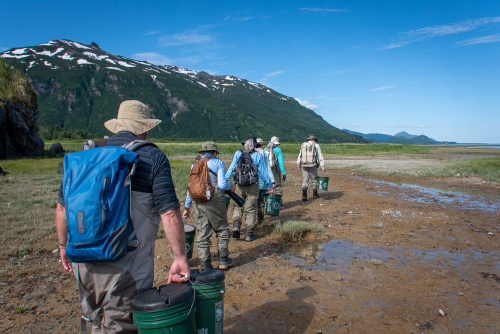 The 9 of us would get off the skiff, wade ashore with our bucket stools, and follow our fearless leader to where the bears were. That last fella in line is my pack mule, Kim, who was a real trooper carrying my photography gear. And water and other stuff that I really never needed but thought I might. 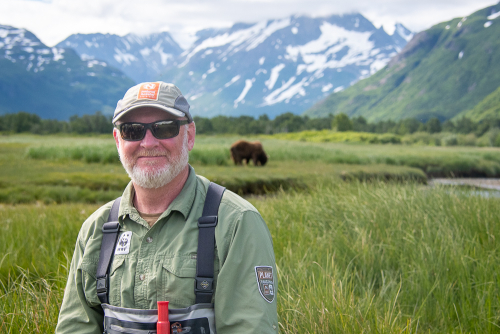 Shawn has years of experience doing this and I never once felt scared. He knows his bear stuff.

No, he doesn't carry a gun. The closest thing he has to a weapon is that red flare you see in this photo. He has bear spray as well, but mostly he just uses his voice and body language to keep the bears at a safe distance away. During our days there, he never used anything more than his voice, and we often had bears within 10 feet of us and a couple of times even closer.

Here are a few of the basics he taught us on how to be safe with these monstrous, strong animals:

Never sneak up/surprise them. Don't wear camouflage...we want them to know we are there.

Stay in a tight group. Together we look much more intimidating than a single individual.

Besides curiosity, the bears really have no interest in us. They just want to eat and be safe. (Aren't all us critters like that?) As long as we are not threatening them or preventing them from those goals, we can peacefully co-exist.

We respect that we are visitors in their domain. Walk slowly and quietly and never approach/challenge them. 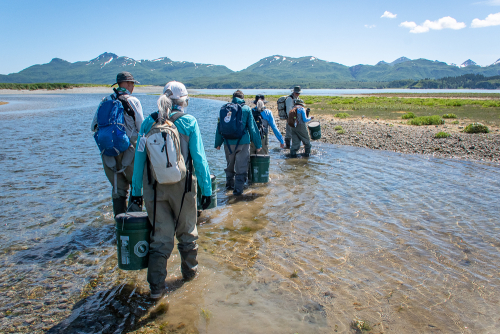 The weather was cool, generally in the 50-60 degree range. After all, it was still springtime in Alaska.

Usually we would carry our buckets to an area where the bears were, and just sit down on them as a group and wait. Invariably, the bears either ignored us or slowly grazed their way toward us in curiosity. These bears don't see humans every day. They really have no reason to fear us, but they do like to check us out.

Here are several of my favorite photos of the grizzlies we encountered those first couple of days near Kukak Bay... 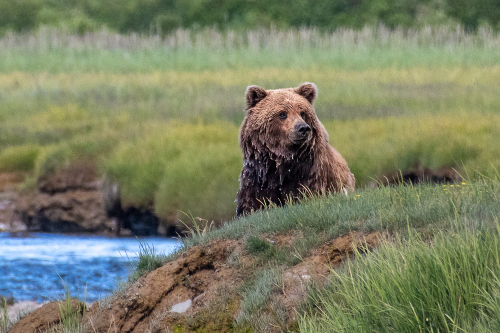 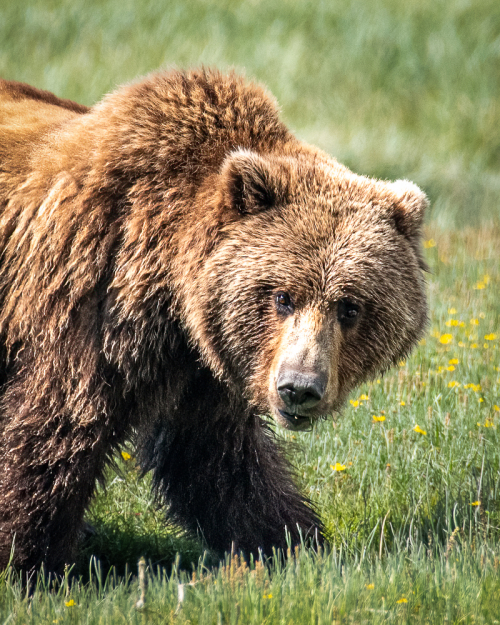 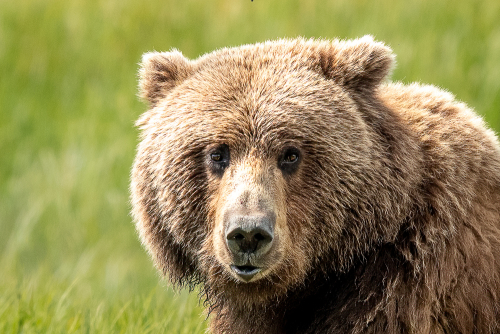 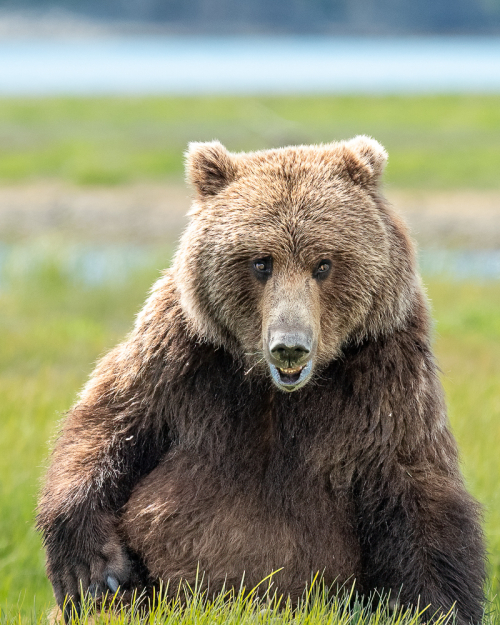 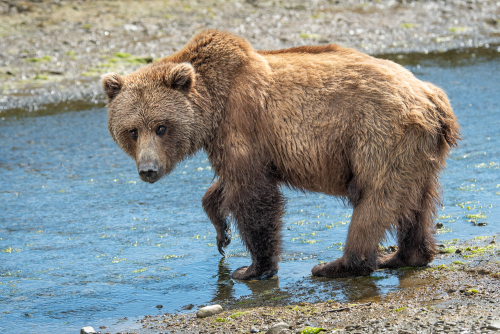 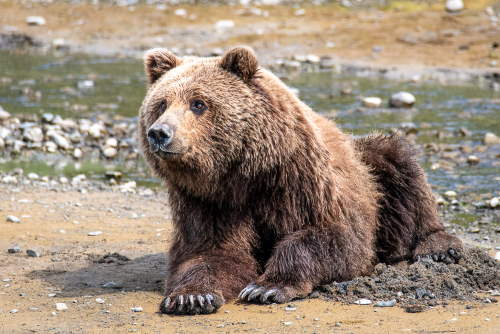 This young girl doesn't look very threatening, until you check out those claws. She could rip pretty much anything she chooses into shreds. 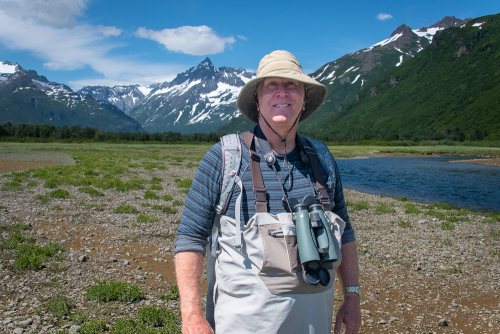 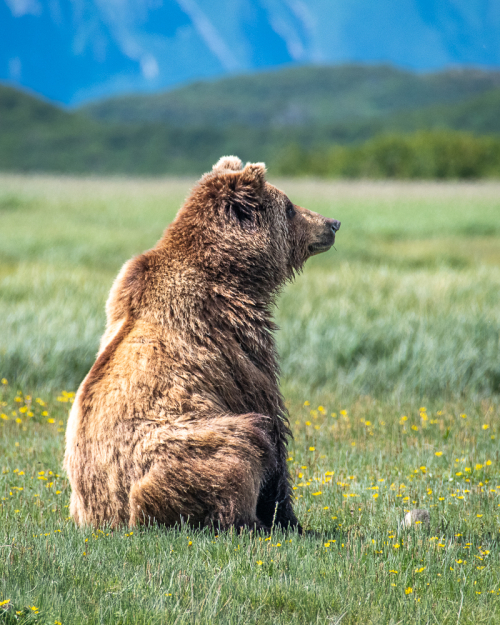 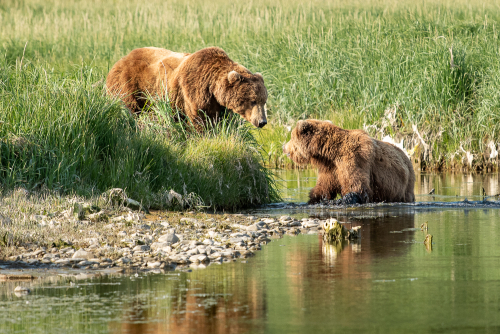 This is a male and female pair... a little flirting happening before the twitterpating begins... 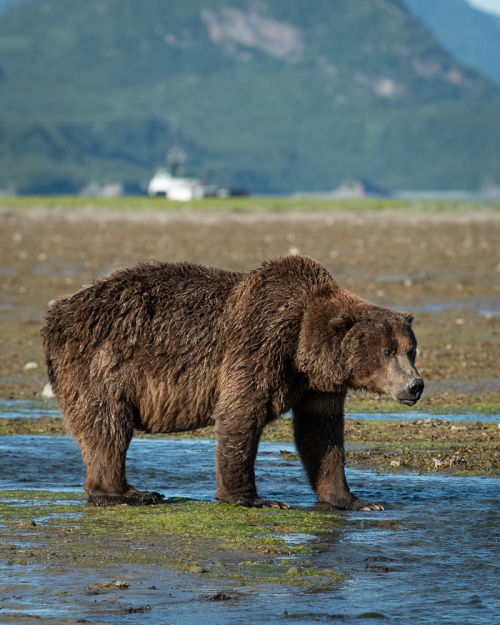 One other food source for the grizzlies this time of year are clams. 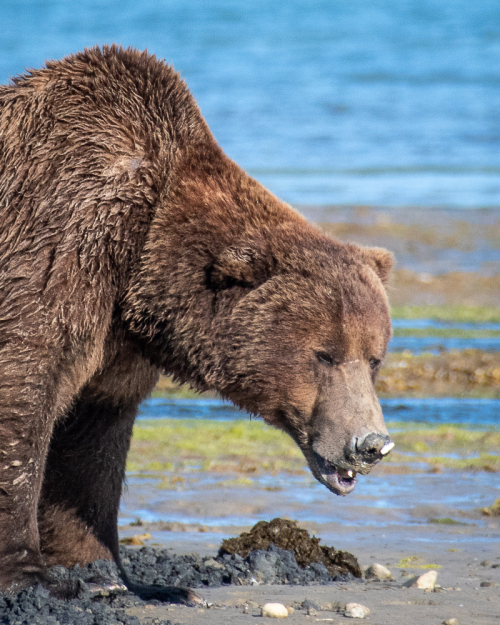 This big boy was having himself a seafood brunch. I think it would take a LOT of clams to fill him up! 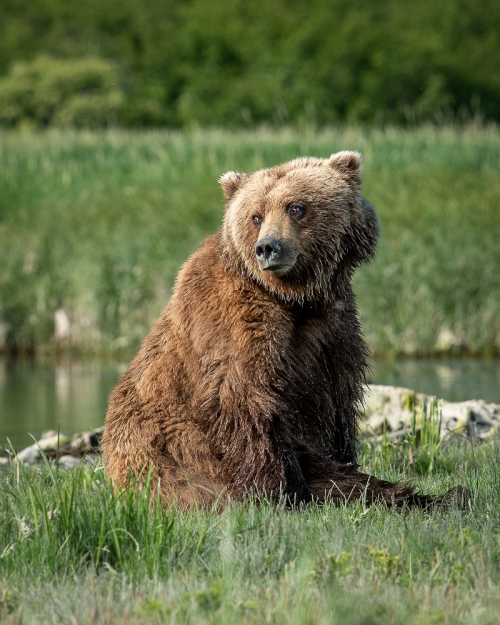 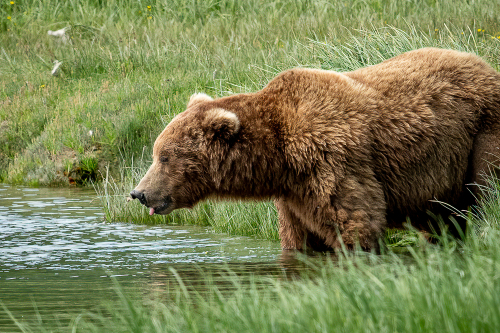 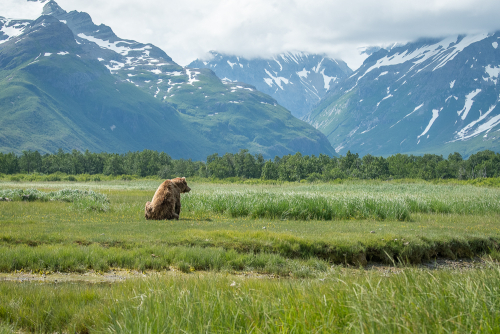 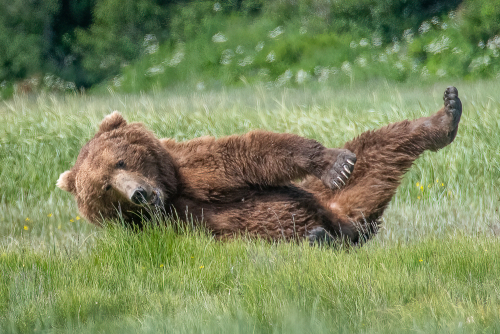 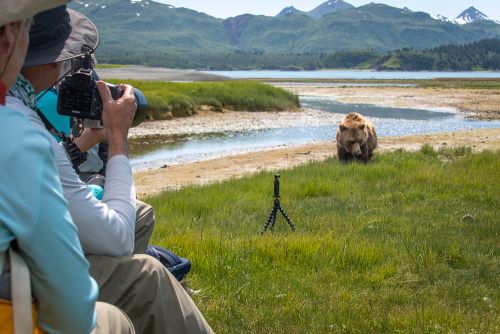 This was a typical bear encounter. We'd been sitting in this same spot for 15 minutes or so, watching the bear which was on the other side of the stream. Slowly but surely it meandered toward us. That is Shawn's GoPro camera that he set up when we first arrived. The bear actually touched its nose to the camera! Shawn calmly and softly said, "Now, that is not yours. Move on away from us now." The bear looked up at him and then us, then walked past Meg, who was sitting on the end of our row, so closely that Meg could have easily reached out her hand and touched it (of course, that would not have been a smart move!)

We had many similar encounters with different bears. They were as curious about us humans as we were about them. And sometimes they were totally oblivious to our presence. 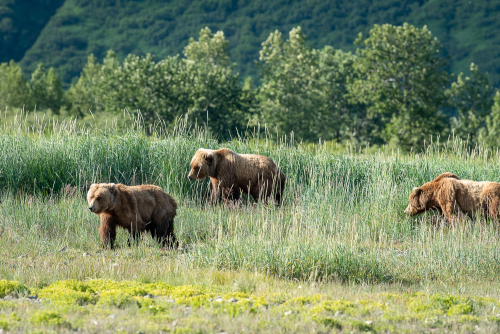 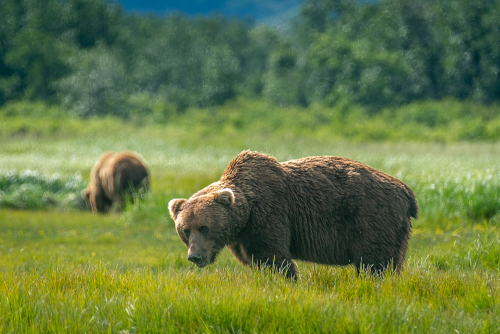 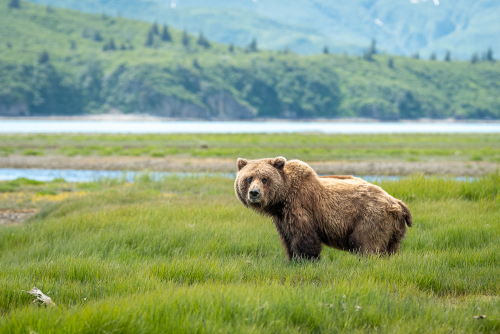 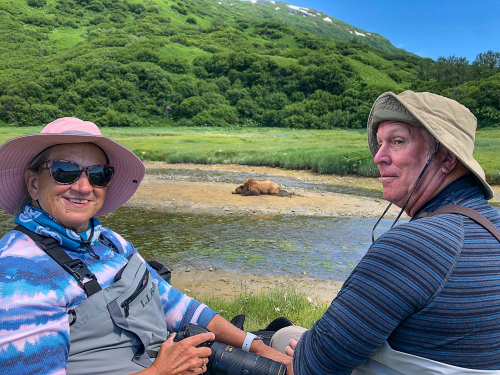 That's us, just hanging out with...

...the wild grizzlies of Katmai.