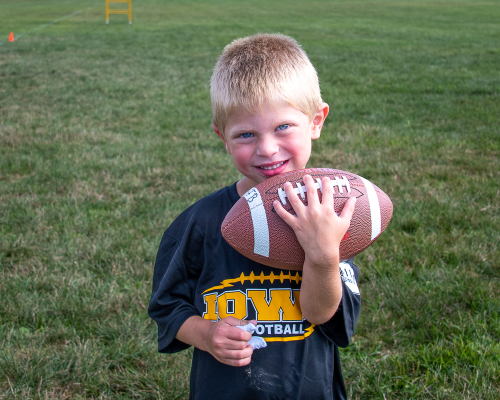 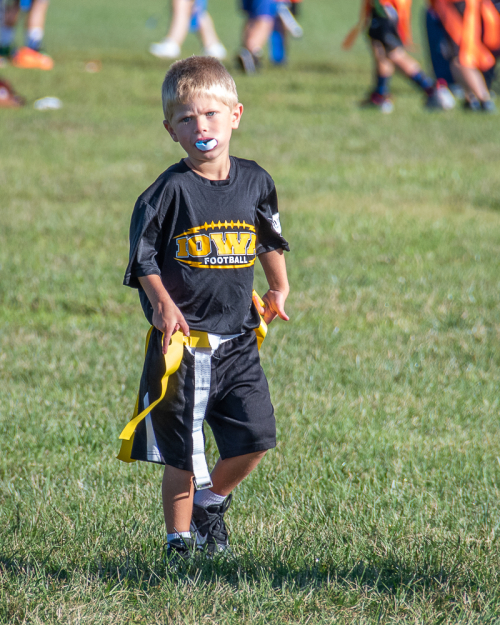 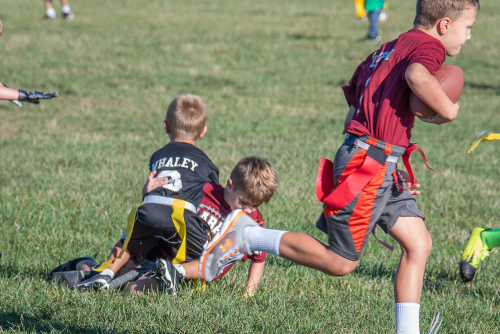 While I wouldn't say he loved flag football, what little boy doesn't love the excuse to tackle someone?! And add in a little wrestling too... 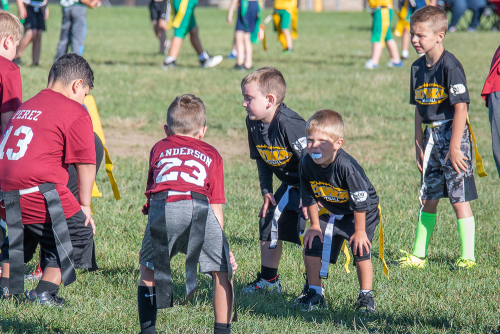 That mouthpiece, though...he had to get a new one every game because he chewed on it constantly. 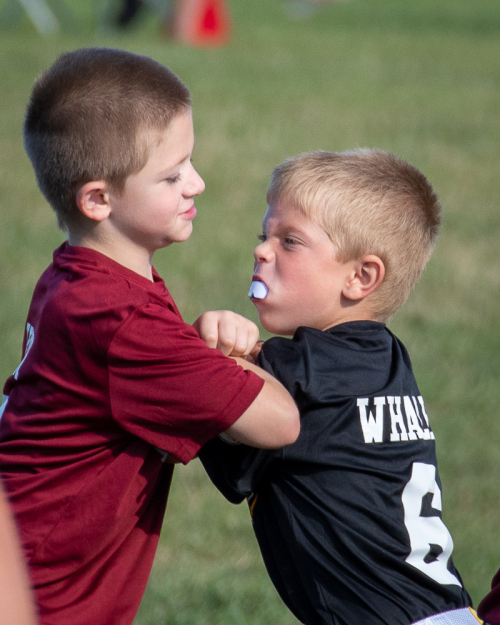 One of the youngest players in the league, Koda did hold his own against the bigger kids. 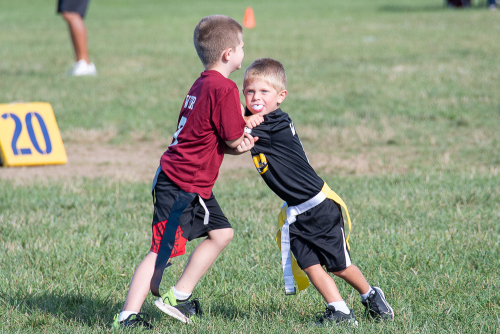 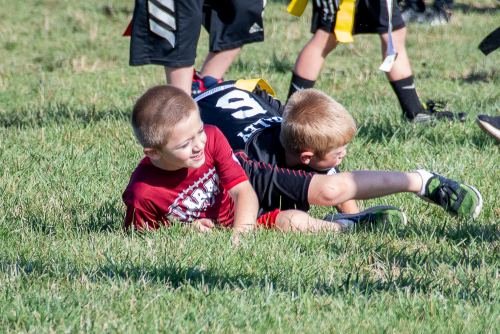 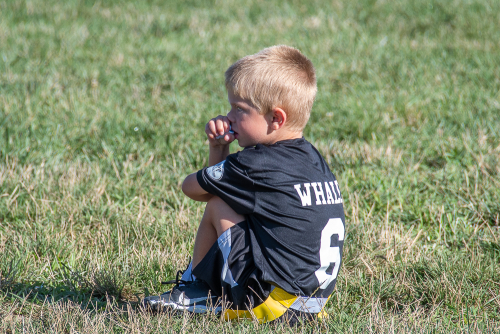 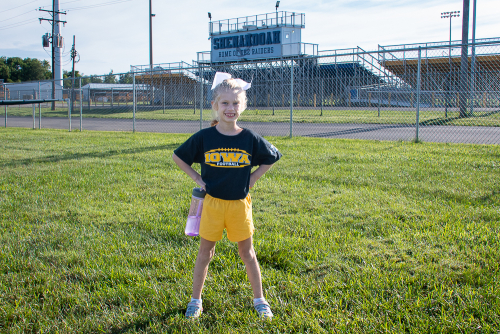 Koda's 7 1/2-year-old sister Ellie was on the cheerleading squad for his games. 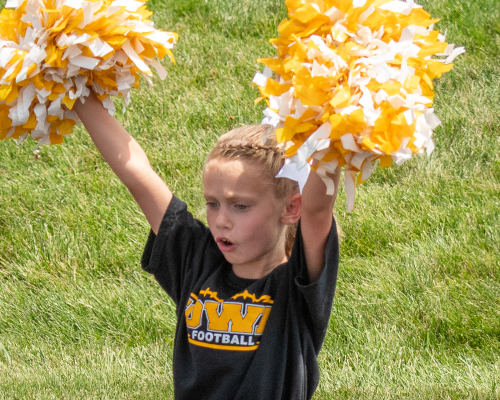 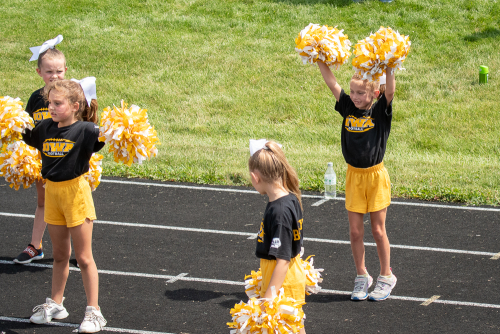 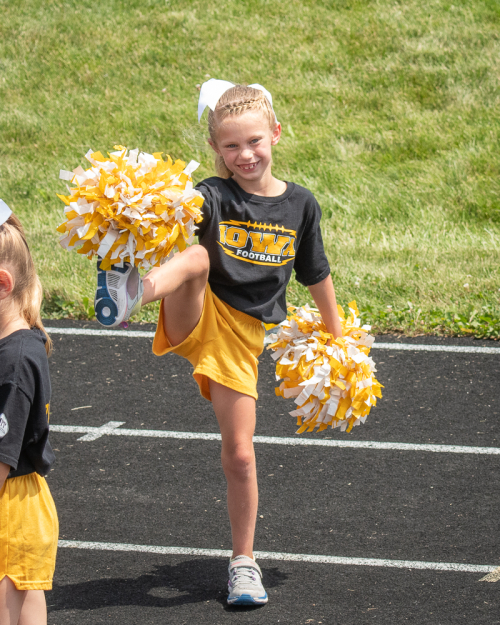 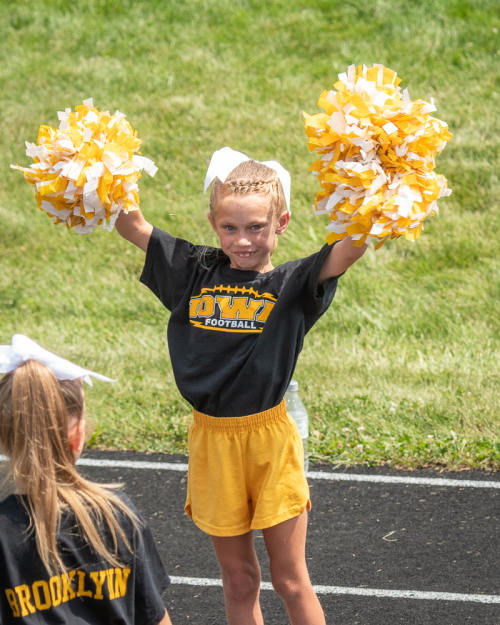 Ellie was adorable cheering for the team! 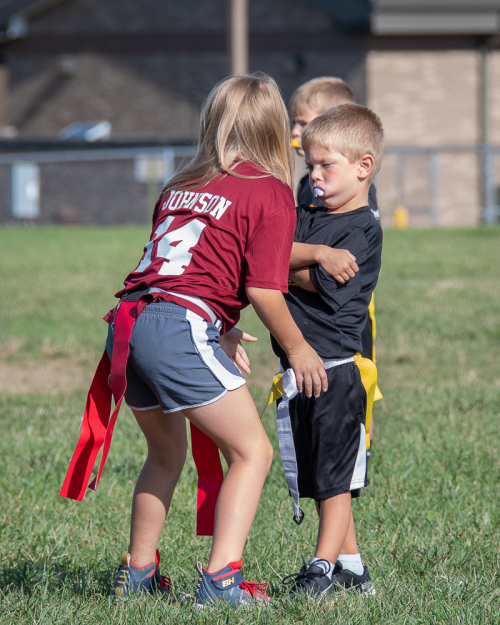 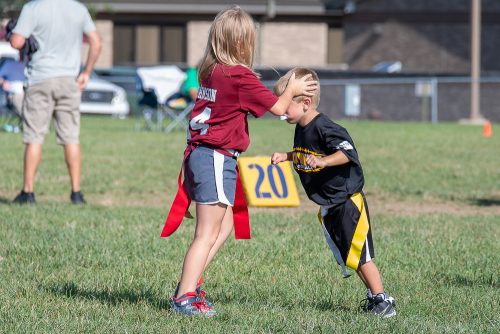 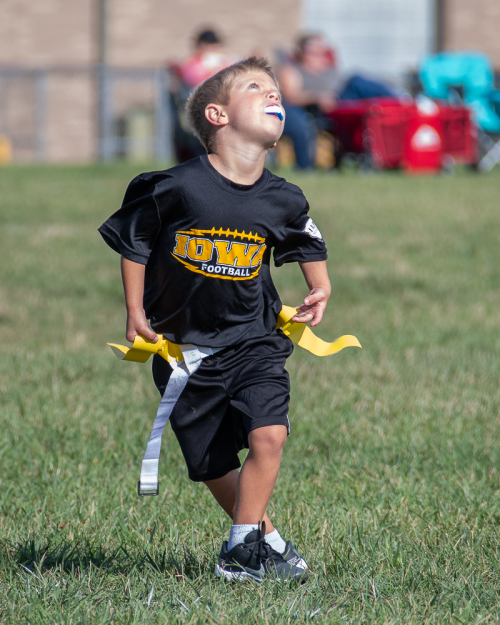 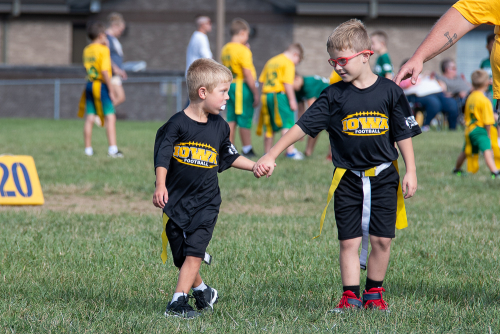 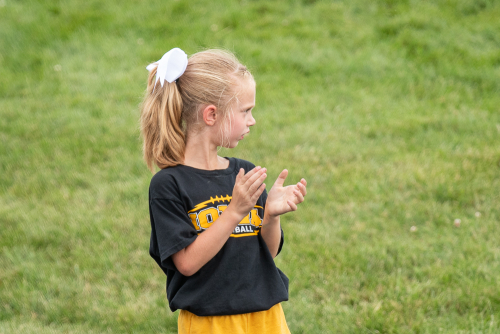 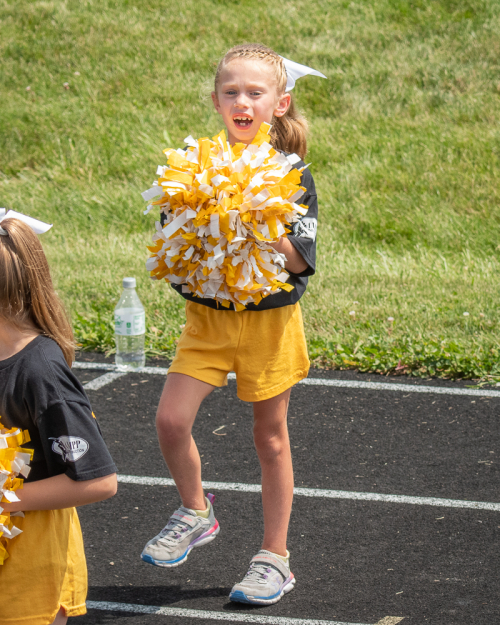 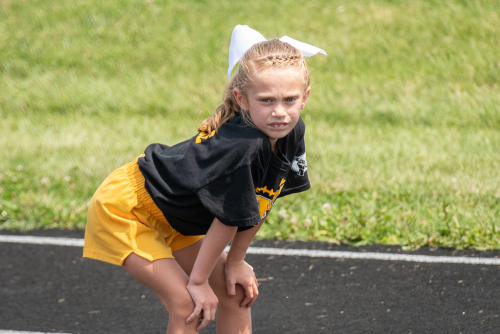 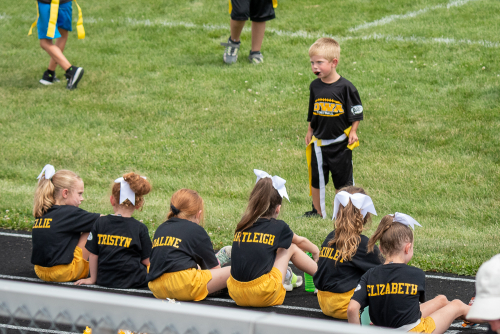 Koda checking out the cheerleaders instead of paying attention to the game... 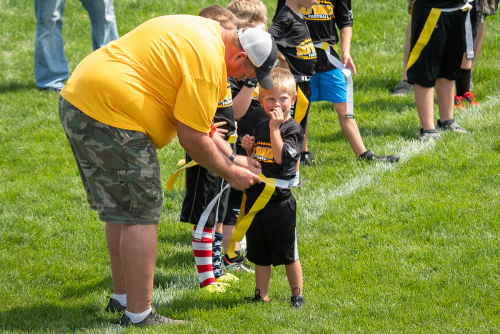 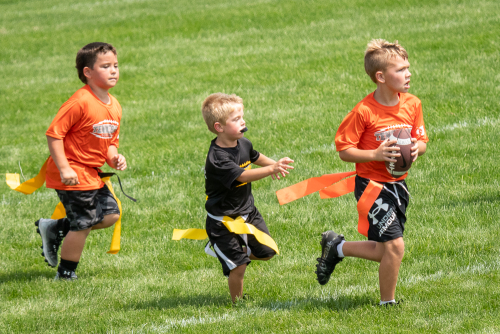 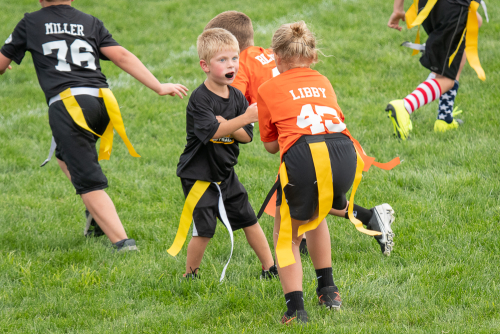 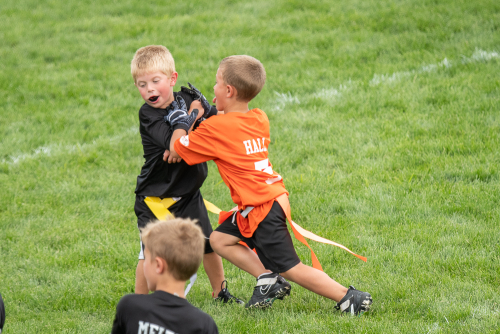 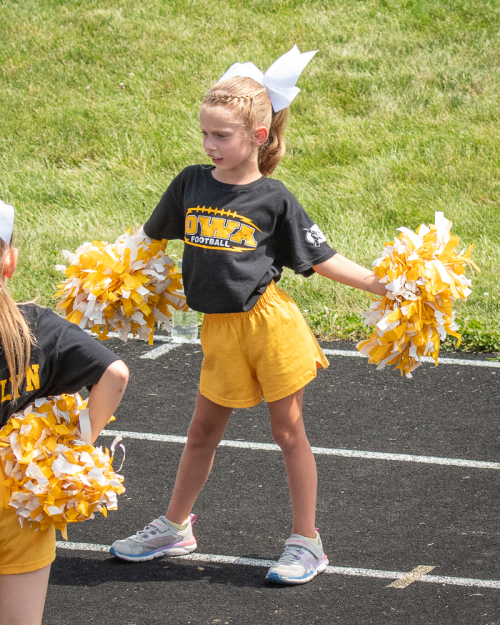 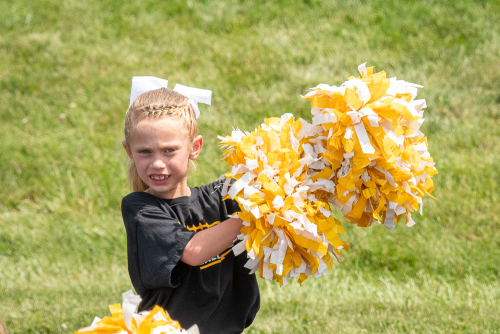 It was a short season, only 5 games, but a good introduction to the sport. And a chance to expend some of their unending energy too! 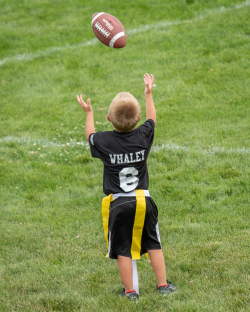 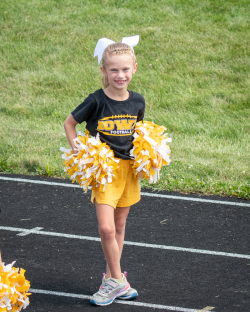 Thanks momma for taking pictures!