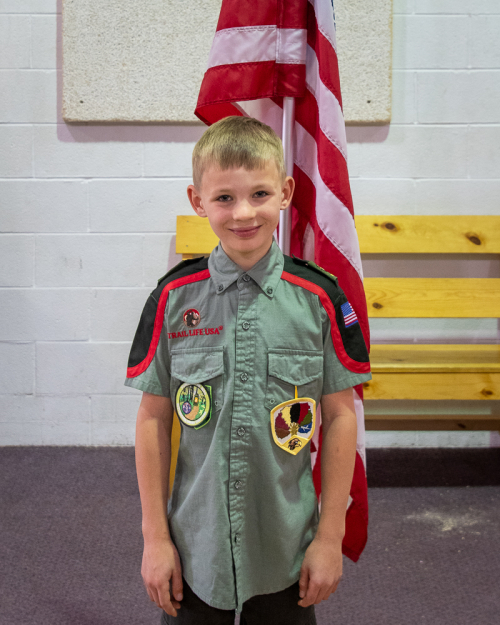 My 8-year-old grandson Krew is involved in Trail Life. 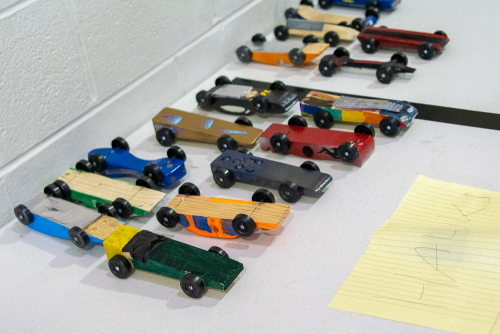 And one of their most fun and highly anticipated event each year is the annual Pinewood Derby. Krew was in the Foxes age group last year...this year he's moved up to the Hawks.

There were 10 cars made by boys in his division. Krew's is the orange one with blue trim, laying upside down.

I asked Krew why some were upside down. It has something to do with not messing up the wheels/axles so the car goes straight on the track. Kinda like keeping the tires balanced and aligned, I guess. (My car knowledge is VERY LIMITED...) 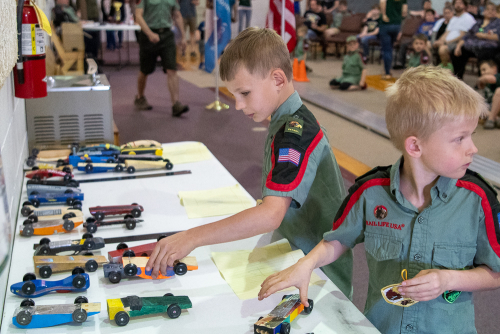 When it was time for their racing heats, each boy brought his car to the starting line on the track. 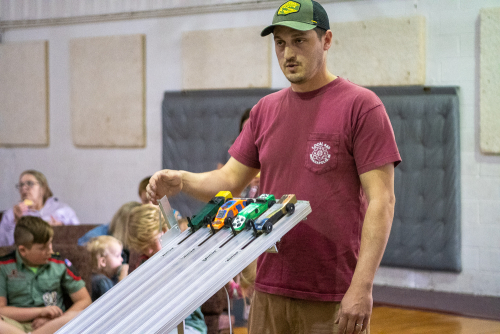 Here's how it works: there are 4 lanes so each car races in 4 heats against different cars, one heat in each lane. The track is electronic, with automatic timing, and is connected to a computer. The times from the 4 heats are added up for each boy, and that composite time determines their placing. 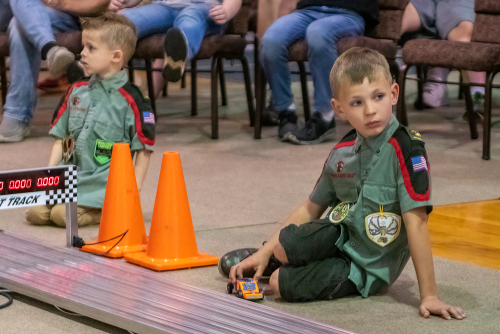 Krew awaiting his turn on the track... 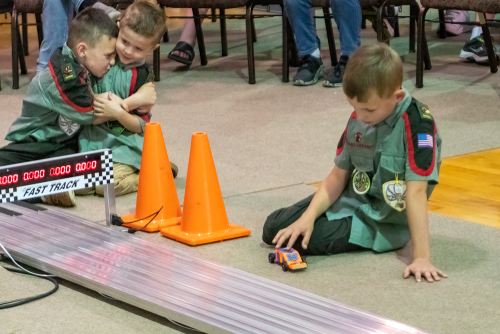 Our little engineer with his "baby"...lots of tedious hours went into its creation! This boy is one of his best Trail Life friends... 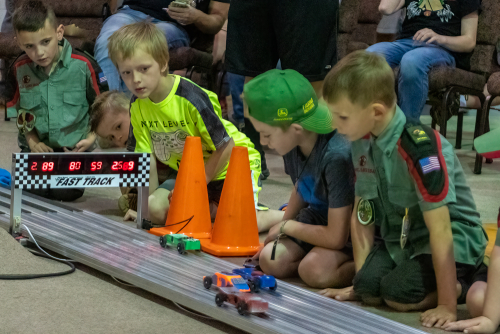 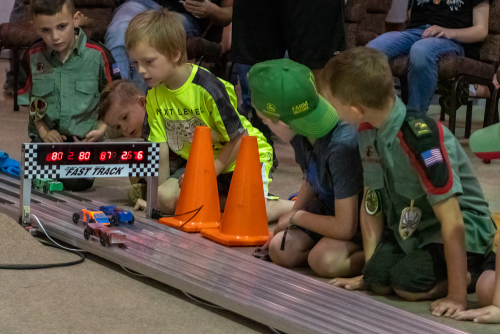 Krew's car did well...not the fastest but definitely not the slowest. He finished middle-of-the-pack in each of his 4 heats. 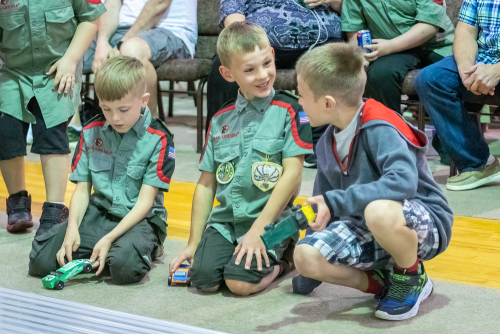 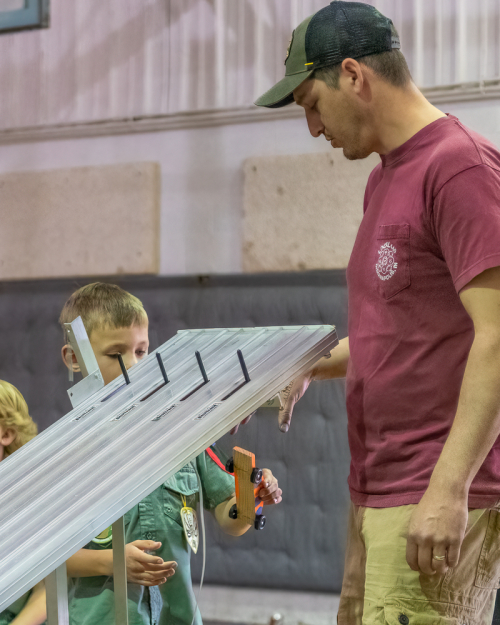 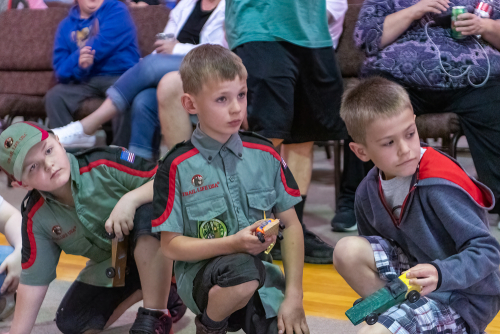 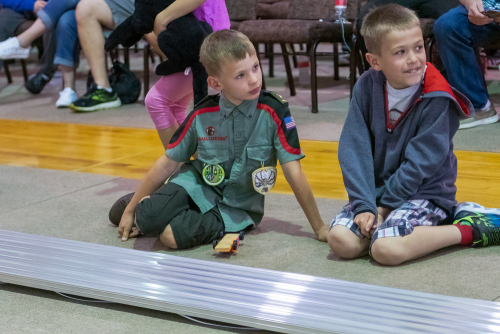 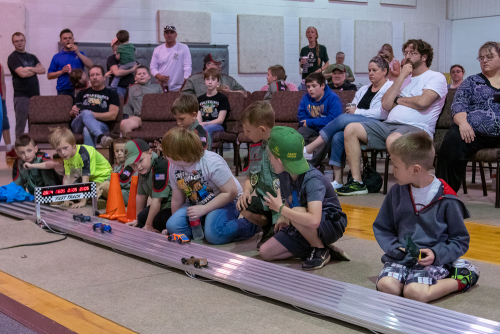 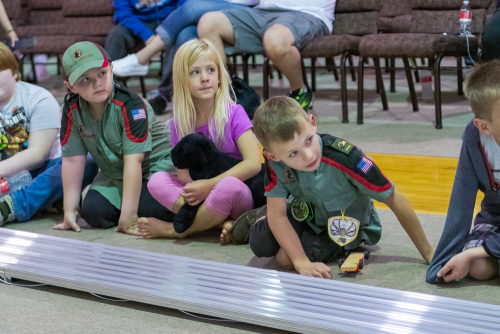 Sister Juni got in closer to the action... 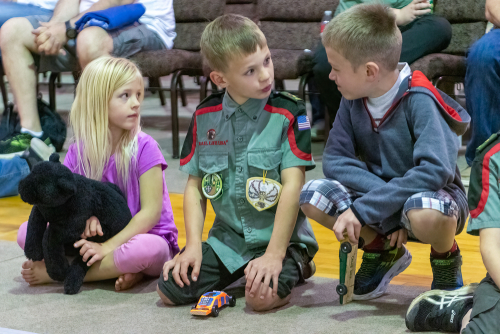 As it turned out, his friend's car was the fastest car for the Hawks age group.

Last year Krew won as a Fox. So I assumed he might be a bit disappointed not to place this year. When I talked to him after the race, I mentioned I hoped he wasn't disappointed and told him I loved his car and it did well. Krew looked at me and said, "Gramaw, I'm not disappointed at all. I wanted my friend to win this year!" What a sweet, kind child! 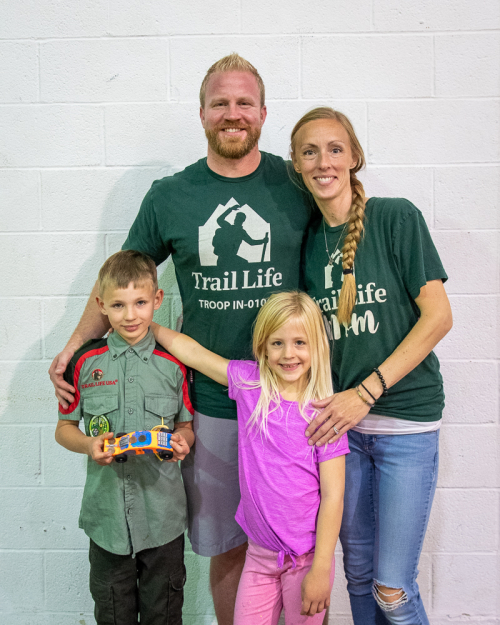 Whatever the results, it was a fun morning for the whole family. 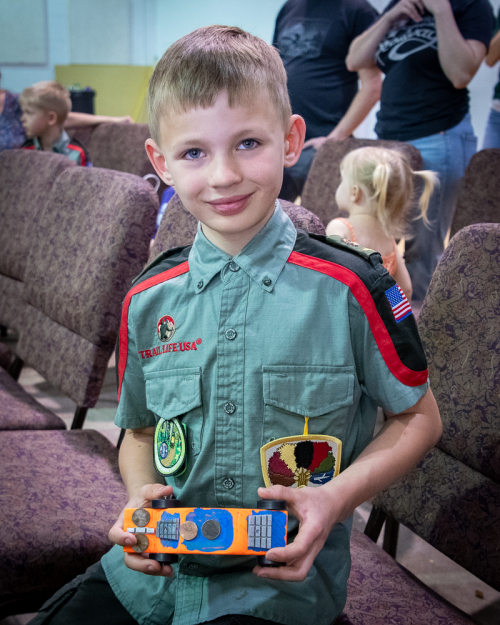 My grandbaby and his "baby"...