And once Julia was gone, we began to see a dramatic increase in mice. Thankfully not in the house (yet), but in other areas around our property.

I guess I should clarify that Julia, like all the other dozens of cats we've had over the years, was an outdoor cat. A hunter and mouser who earned her keep.

So all summer we've been on the lookout for some outdoor kitties to replace her. Some good, old-fashioned barn cats. But tame ones that don't flee at the sight of a human (we've had plenty of those too over the years). 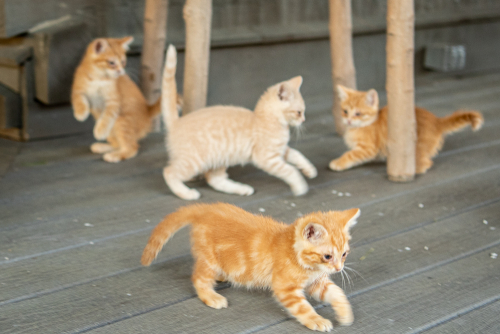 Over Labor Day weekend, our daughter-in-law Anique connected us with a friend who had a litter of 4 kittens, plus their momma, that she was hoping to find homes for. So that Monday, we picked up these 4 adorable kittens (which were 7 weeks old at the time) along with their momma Calli.

Well, even though Calli was tame, as soon as we let her out she began slowly exploring her new surroundings and eventually crossed the road into the cornfield never to be seen again. We kept calling for her, hoping her babies might lure her back to the cabin overnight. But apparently Momma Cat got that taste of freedom and decided this was her opportunity. 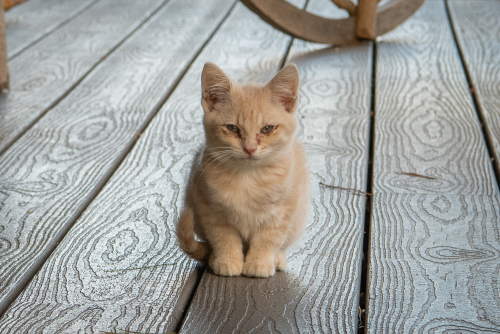 A lovely cream-colored female that was already named Peaches... 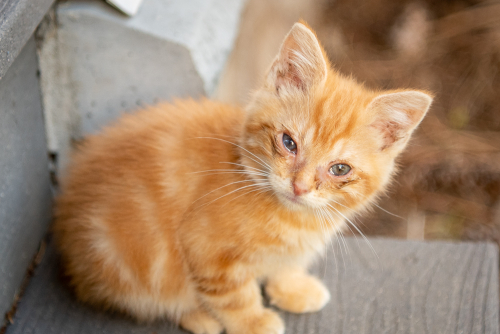 A little runty male kitten that I think was actually part of a different, week-younger litter that this family also had. I named him Butterscotch. The other 3 excluded Butterscotch at the beginning, but they did let him sleep with them in the box and after that he was adopted into the clan.

Butterscotch had an eye infection when he arrived, but I've been treating it and it's much better now. 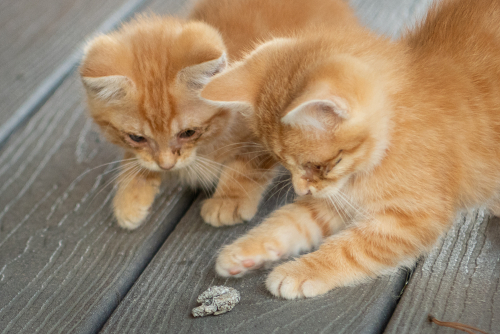 And then these 2, one male (Papaya) and one female (Mango) that hang out together and I can't tell apart unless I pick them up.

Kim and I have gotten lots of enjoyment sitting on the porch just watching their cute antics as they explore and learn about the world. 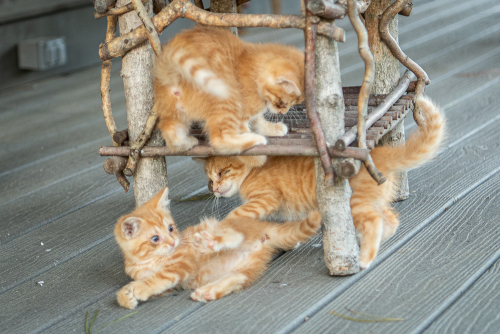 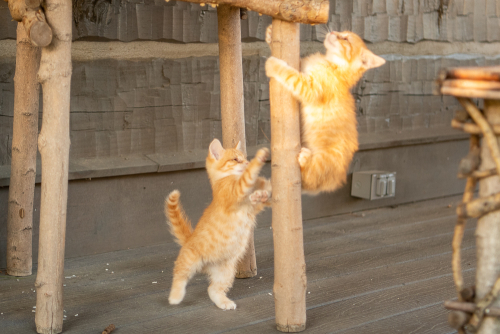 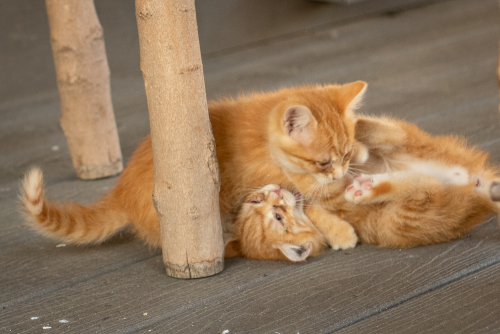 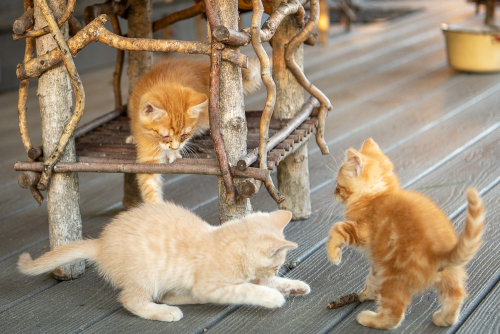 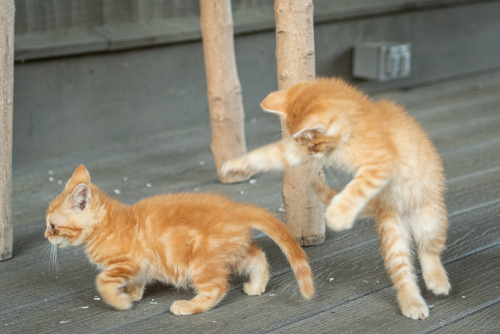 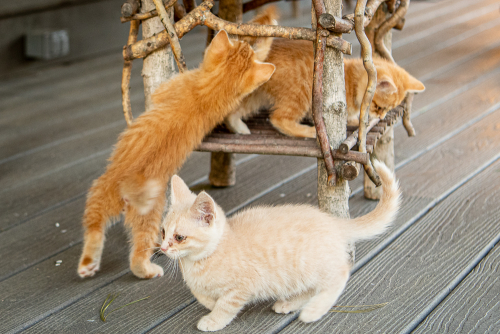 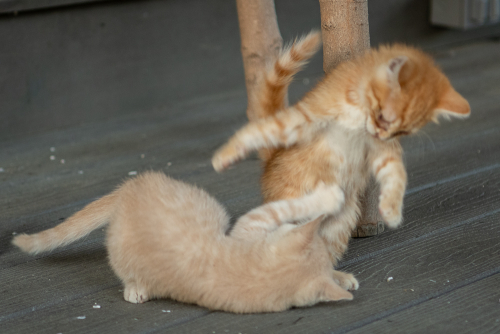 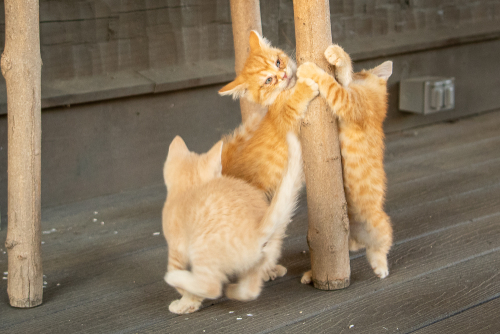 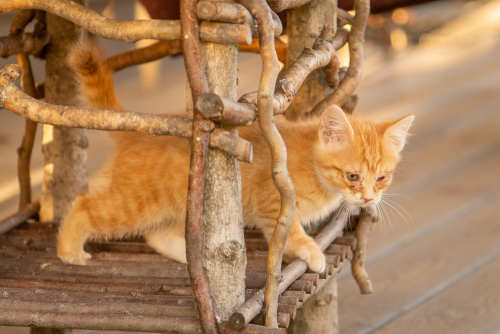 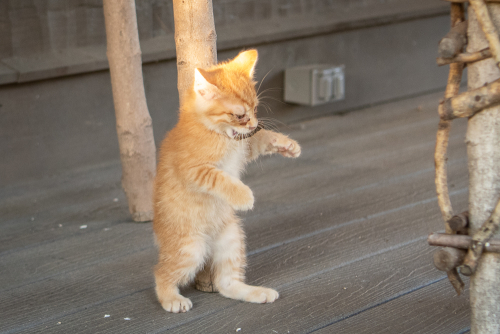 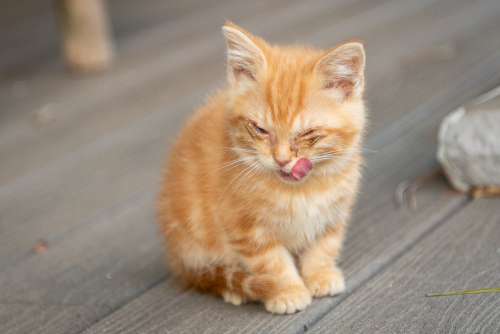 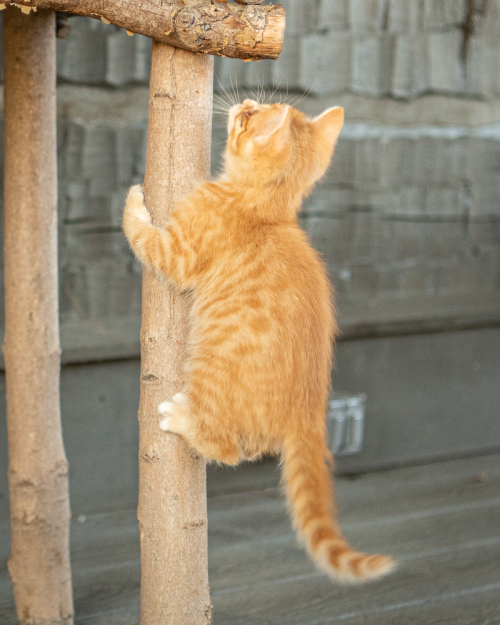 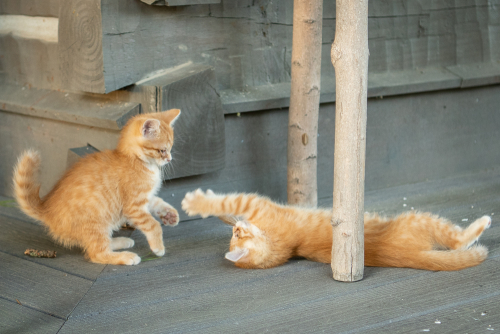 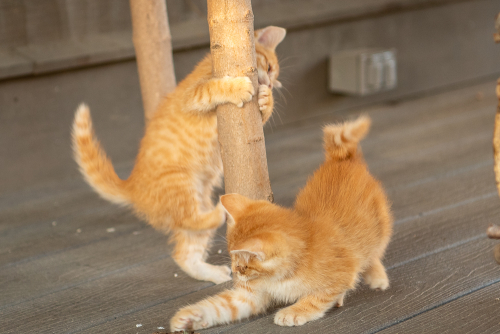 I was worried that they may not know how to hunt without a momma to teach them. But I'm finding that those instincts are strong and they are practicing their stalking and attack skills every day with each other. And with my feet!

So they brought home 6 kittens that were about 6 weeks old, just a little younger than our 4. Since our cats seems to disappear over time, we weren't too concerned about the number, figuring if half of them hung around until adulthood we'd be fine.

So far all 10 are growing and thriving! 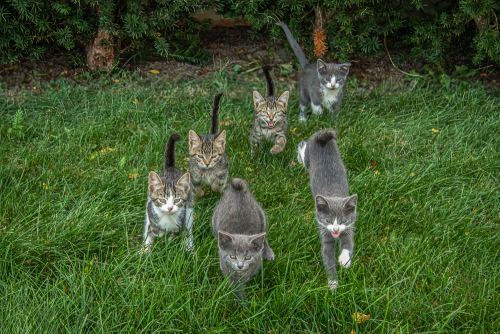 We will definitely be able to tell whose cats are whose! Dana's kitties look nothing like mine.

I've been feeding these 6 this week as Dana and family are on vacation. They are excited when they see me come! 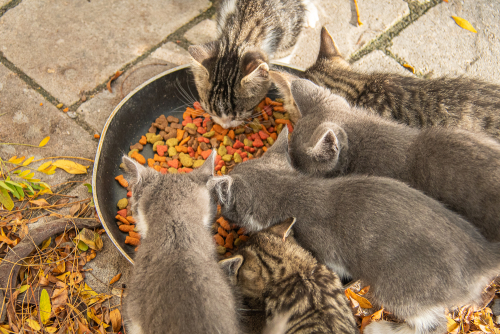 These 6 and our 4 gives us oodles of kitties. At least for now.

In one weekend our cat population went...