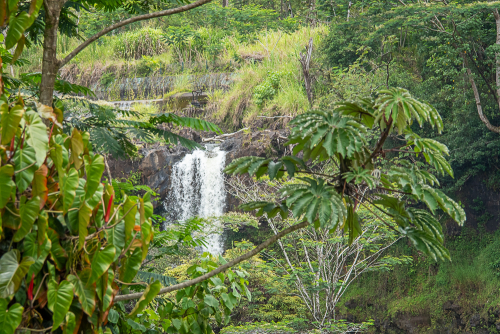 The eastern side of the Big Island of Hawai'i, the Hilo side, is a whole other world... 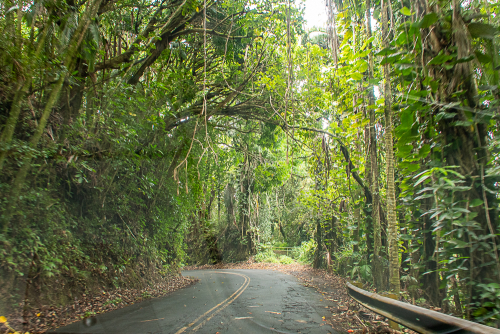 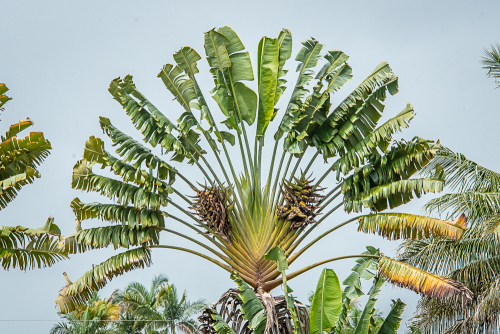 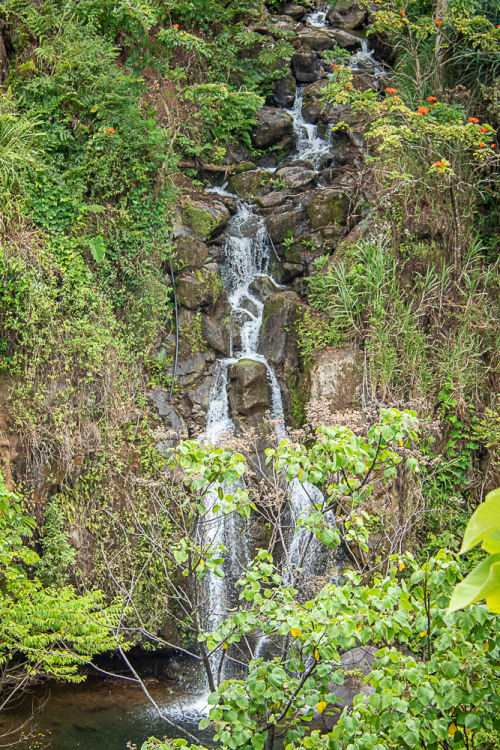 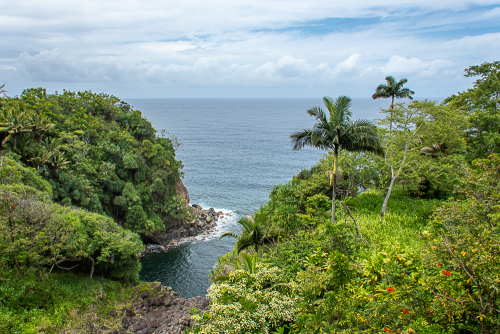 Driving along the Hamakua Coast, the verdant emerald coastline is marked by volcanic cliffs that dramatically plunge to meet the turquoise waters of the Pacific. 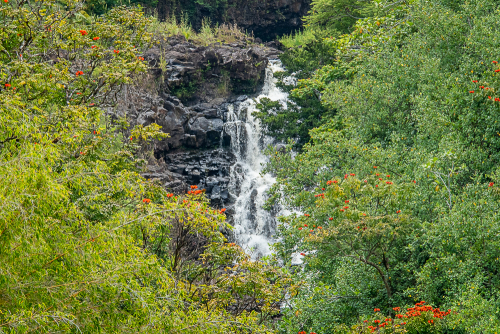 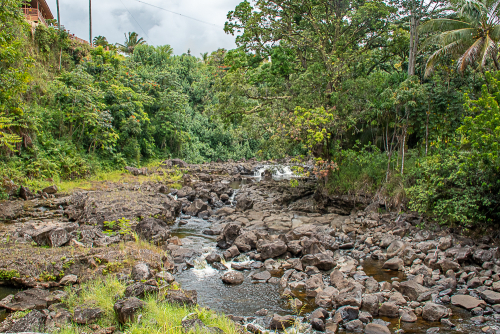 The volcanic rocks are still there, but covered by lush vegetation on this side of the island that gets abundant and frequent rains. 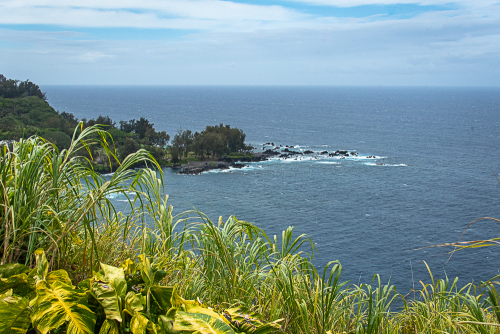 The ocean is rougher here too. This particular place, Laupahoehoe Point, is particularly vulnerable to tsunamis. In 1946, 159 people (including 21 schoolchildren) were killed in one of the worst natural disasters Hawaii has ever experienced. In 1960, another tsunami took the lives of 61 more people, and that's when the town was moved farther inland and this point became a state park with a memorial commemorating those lives lost. 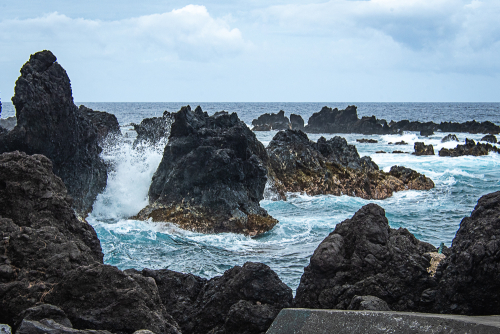 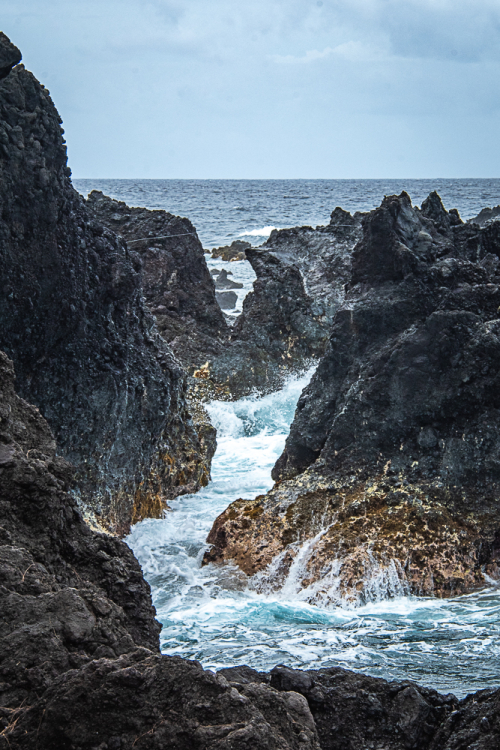 Breathtakingly beautiful to photograph, but you wouldn't want to attempt getting into the water anywhere near here. 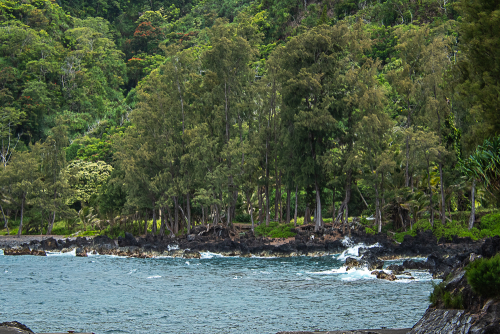 Even the coastline has the occasional forceful waves dashing against the lava rocks. 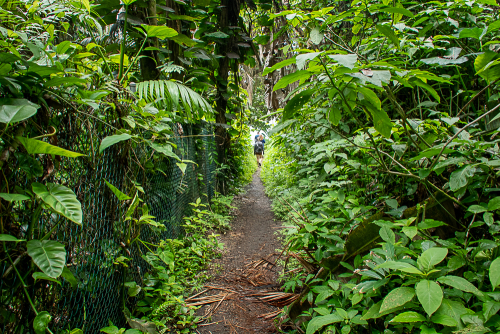 This trail leads down to Onomea Bay... 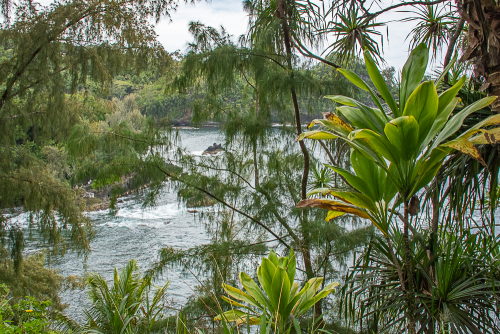 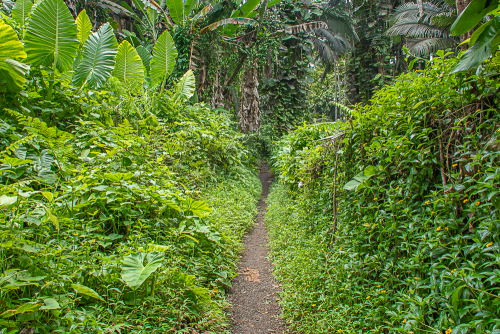 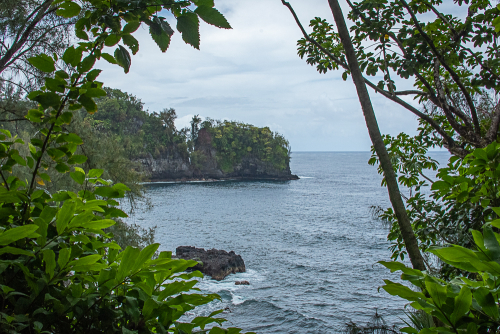 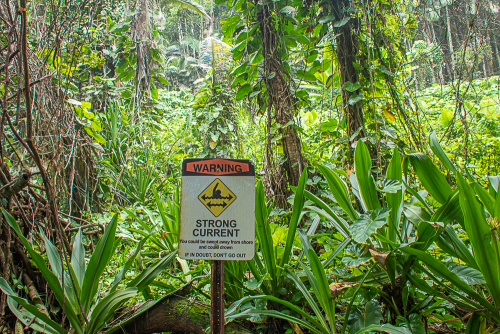 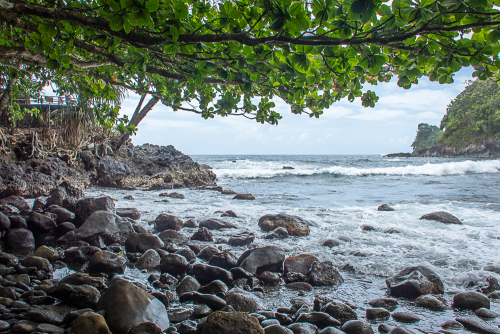 A bit of a hike down (and what goes down must eventually go back UP!)...but oh, so beautiful! 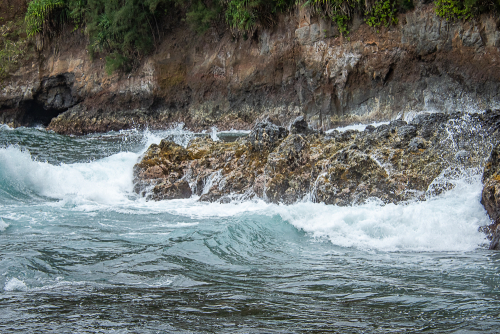 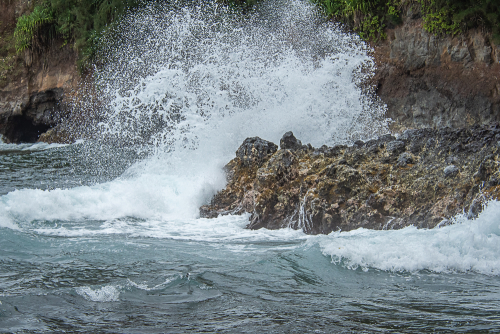 But, again, not a place to take a dip! 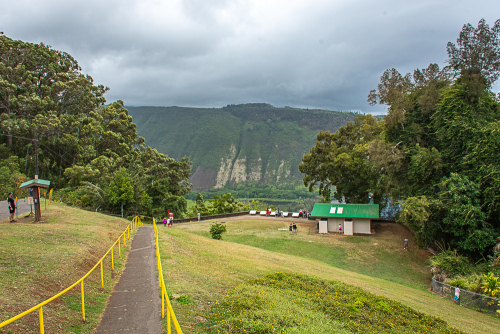 Just like on the other side of the island, the road ends near the tip of Hawai'i... 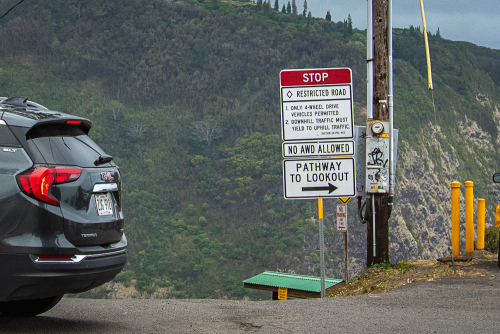 This is VERY STEEP and you have to have a special vehicle to even access the Waipi'o Valley. 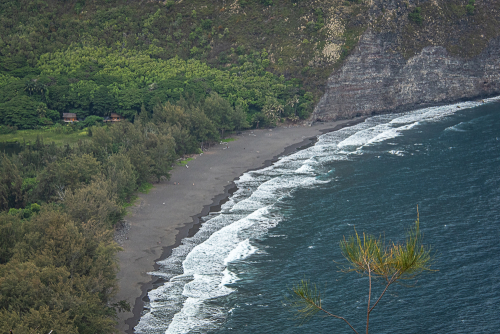 Which is exactly what its eccentric population wants. It is said some very "unusual" folks inhabit this valley, people who truly want to get away from society and isolate themselves from the rest of the world with no running water or electricity, let alone internet or telephone. Many of them, I have read, don't take kindly to outside visitors.

There are tours one can take to get into the valley, but even they don't venture very far inland where things can get wild and wooly pretty quickly. 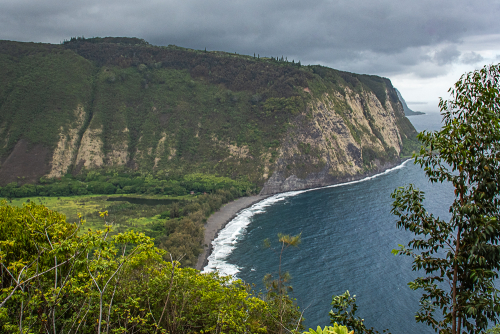 But WOW!!! It's amazing to me there are still unspoiled, untamed areas like this in our country.

Where mystery and wilderness reign, in the midst of...