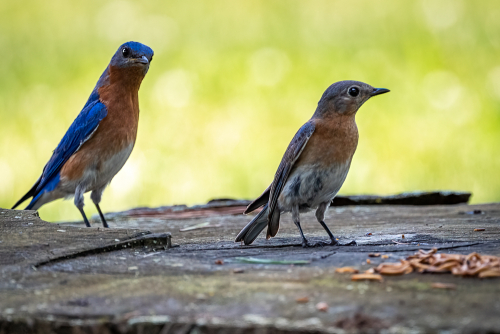 We've been watching and waiting since April, hoping the pair of bluebirds who nested in our backyard last spring would return.

We kept checking the nesting boxes, cleaning out half-built sparrow nests so when our bluebirds arrived they would have a nice place to stay. Last year, during the insanity of the pandemic quarantines, those bluebirds were a gift from God, a bright unexpected blessing during a difficult season and we became quite attached to them.

But for several weeks after they should have arrived, nary a glimpse of those pretty little birds and we had about given up hope of ever seeing them again. But then, a couple of days in early June, Kim and I both caught quick glimpses of what we thought was a bluebird. 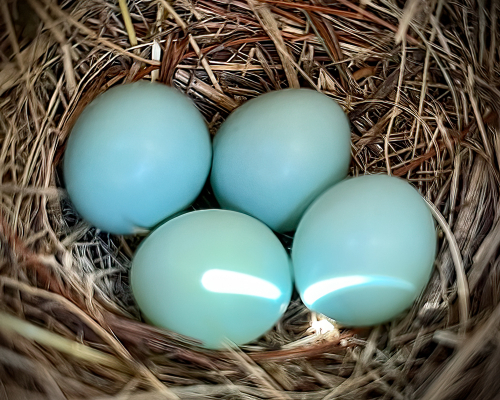 A couple of weeks ago, I opened the bluebird box to be sure some sparrow-squatter wasn't trying to take up residence there. What a THRILLING surprise to see 4 little bluebird eggs in the nest!!! 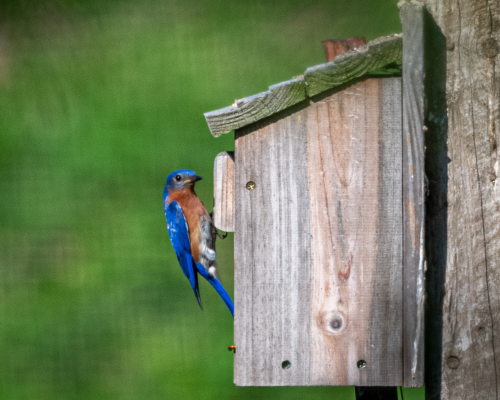 Yes!!! They have returned! 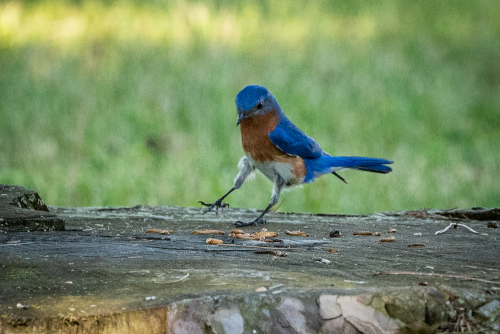 I bought live mealworms way back in March so I'd be prepared to feed the bluebirds should they return. I've kept those worms in my refrigerator all this time, so now I've begun feeding them to our bluebird couple. 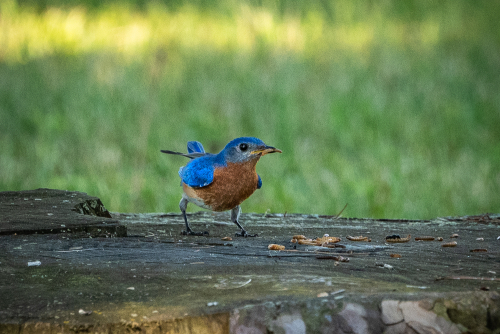 The male is much more brilliant in color... 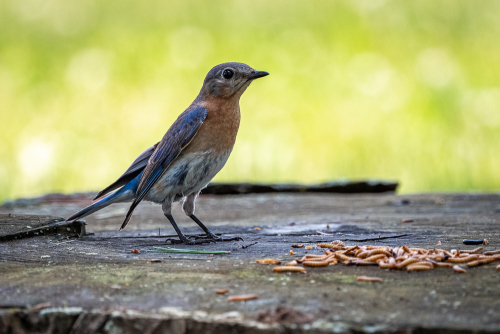 ...while his lady's plumage is much duller and subdued. 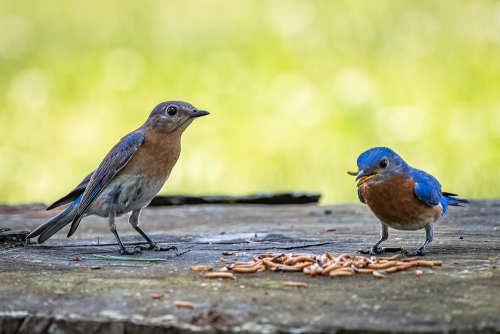 What a beautiful pair they make! 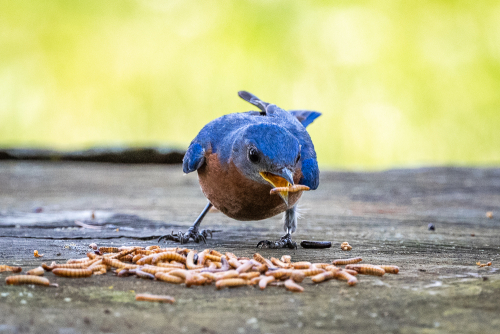 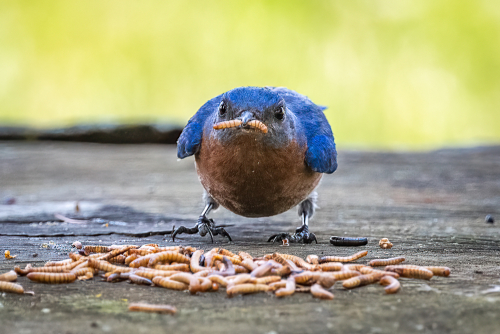 Don't even think about messing with his worm! 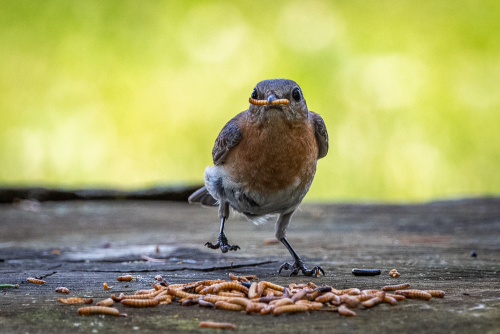 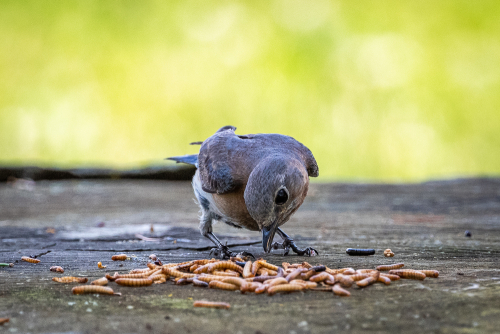 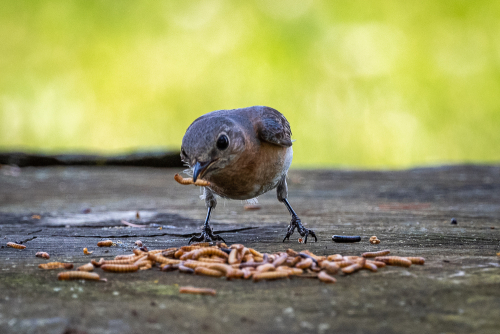 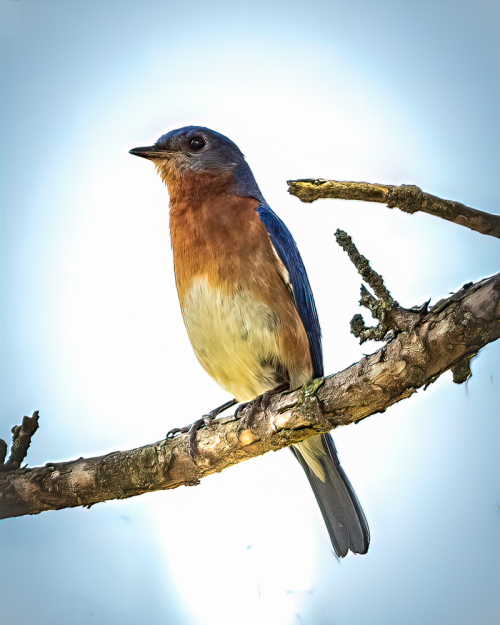 Little things in life bring me so much joy! I was doing the happy dance when I saw those 4 purdy little eggs and realized that....

Wow! How about that lens?! These photos are so wonderful to look at... I love that they returned to the Gray cabin.