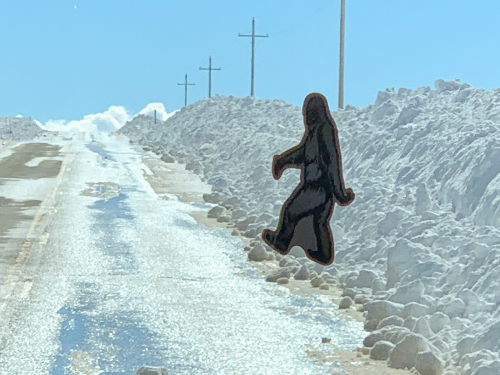 Waking up to 4" of fresh snow this morning in Indiana (yes, on April 21!) took me back to the last time I saw significant snow on the ground, on the last few days of our Yellowstone/Grand Tetons trip back in late February.

We were hanging out with Sasquatch, driving along the edge of Idaho to Jackson Hole, Wyoming. 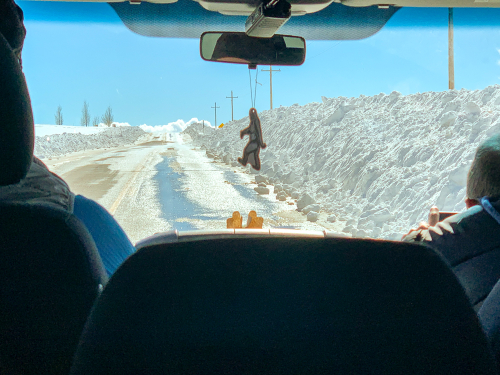 Kim and I were in the backseat of the NatHab van and Sasquatch is an air freshener.

And yes, the roads were very snowy! 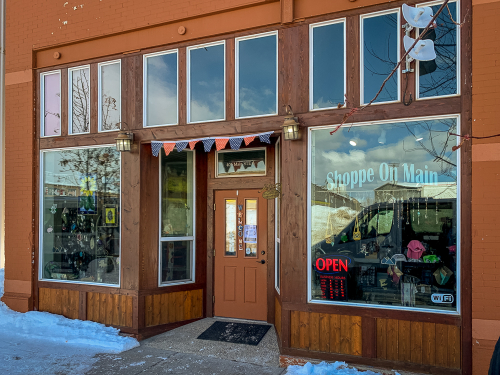 We stopped for souvenirs and toilets (not necessarily in that order!) in Ashton, Idaho, population just over 1000 people, which also boasts that it is "The Seed Potato Capital of the World."

Not a boast that every burg would aspire to...but the folks of Ashton are quite proud of their title. 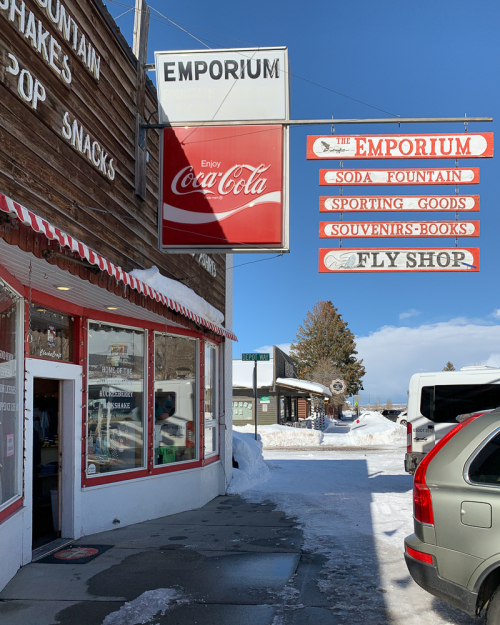 And just before we hit the Teton mountain range, we stopped again in Victor, Idaho for the same reasons.... 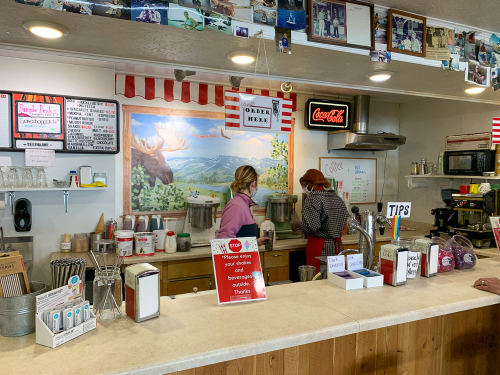 ...plus a local favorite treat, a huckleberry milkshake. 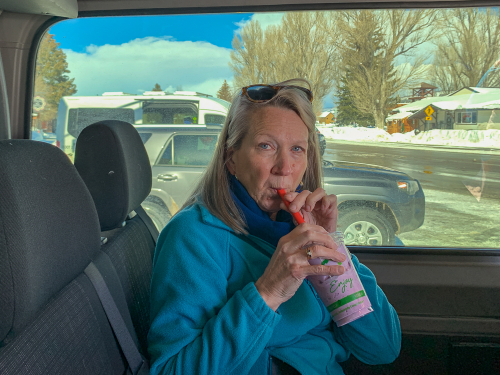 And yes, it was delish! After filling up our tanks with gas and huckleberry shakes, it was time to brave one of the most dangerous mountain passes in the US...the Teton Pass.

Narrow, curvy, snowy conditions all complicated by lots of vehicles parked alongside the road by crazy skiers and snowboarders who frequent this area for their daredevil antics. 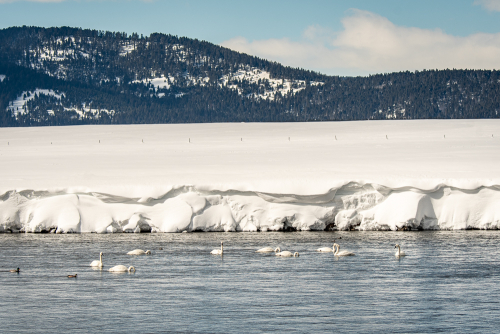 Before we made our way into the town of Jackson Hole, we came across a small flock of trumpeter swans and stopped for a few photos. 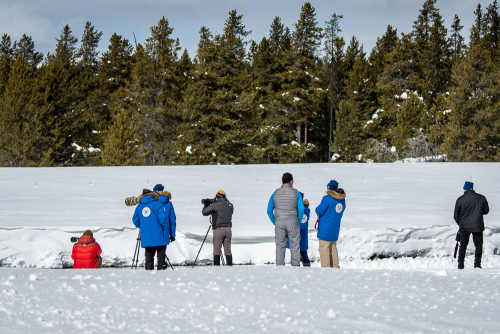 Part of our group photographing the swans. You can see why I had camera lens envy... 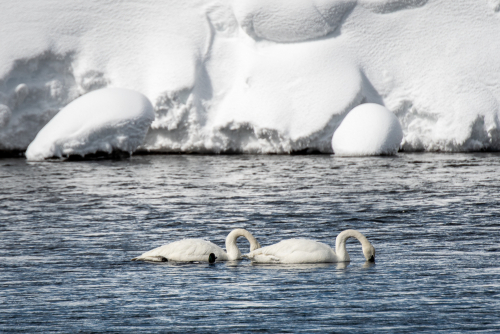 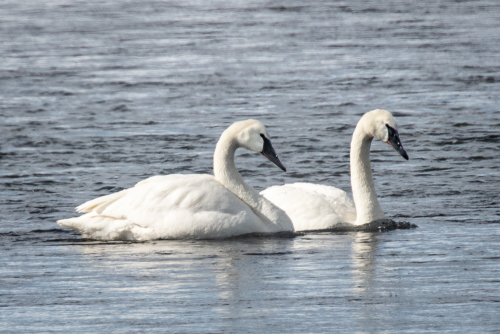 Can one ever get enough photos of elegant swans? I think not. 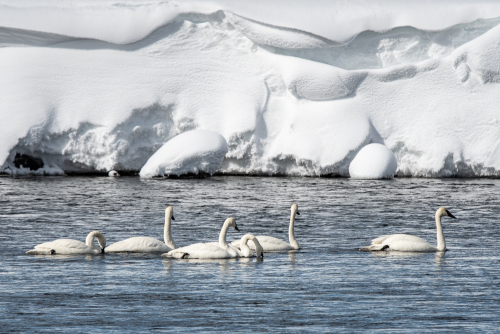 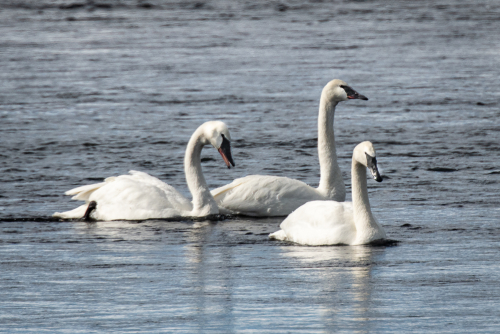 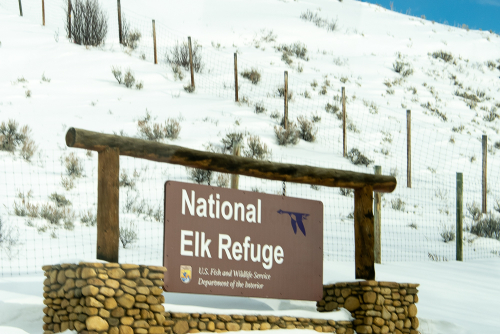 Just on the outskirts of Jackson is the National Elk Refuge. We did a quick drive-through just in case something spectacular was happening... 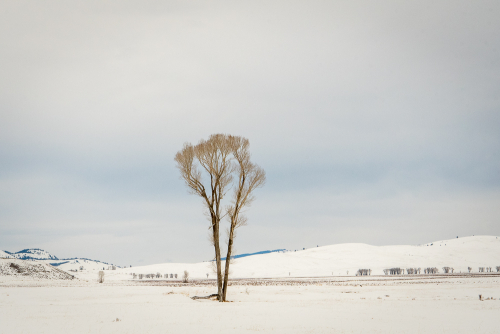 See all those dark lines and spots in the snow way behind that tree? Those are elk....thousands and thousands of them!

We would get a close-up view of them tomorrow, but that evening they were quite a distance from the road. We did see this young bighorn sheep scrambling around over the rocky hillside. 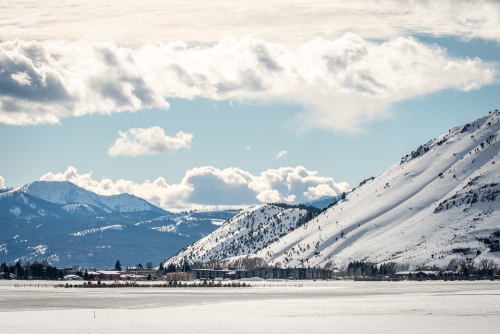 The small but not-so-sleepy town of Jackson, just at the base of the Teton Mountains... 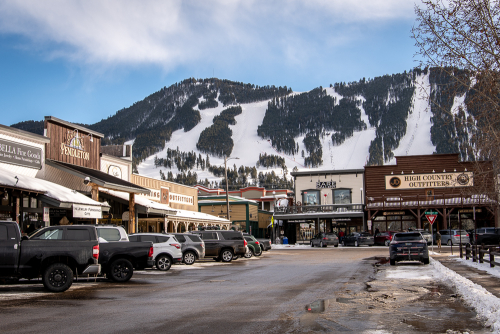 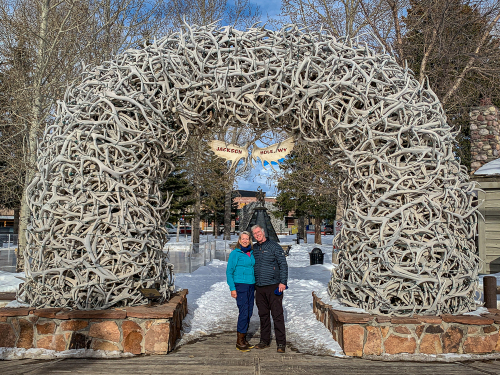 Kim and me at the corner of the town square...

No elk were harmed in the creation of those arches. Elk shed their antlers every year...these are antlers that have been collected from those thousands of elk that live around Jackson Hole. 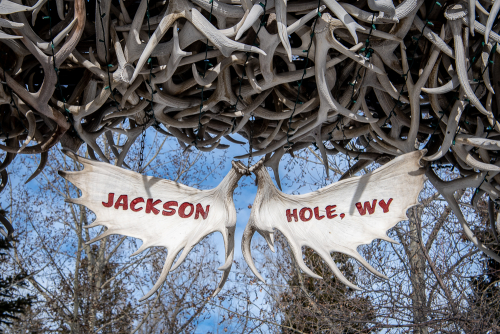 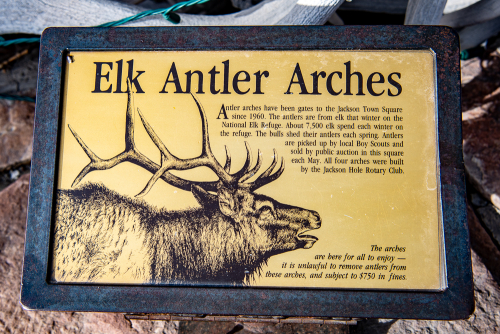 Collecting the shed antlers is a huge fundraiser for the local Boy Scout troops. I think the guide told us that last year $80,000-worth of antlers were collected! 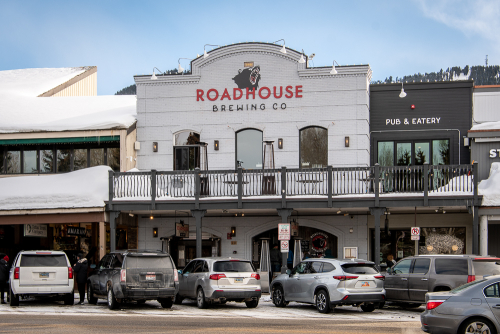 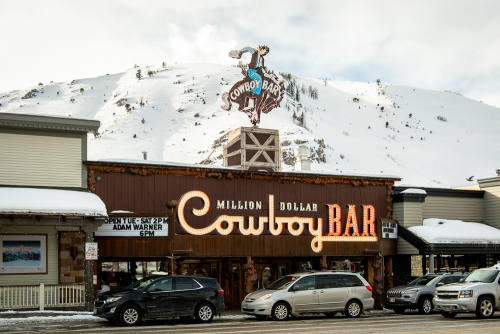 Such a fun town! We didn't really have extra time to explore it much...another reason to come back again someday! 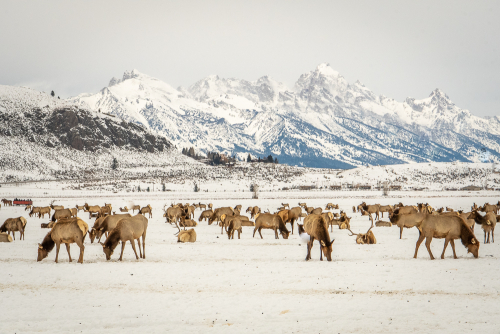 More adventures ahead set against the backdrop of this magnificent landscape...