A Cute Boy with a Fast Car 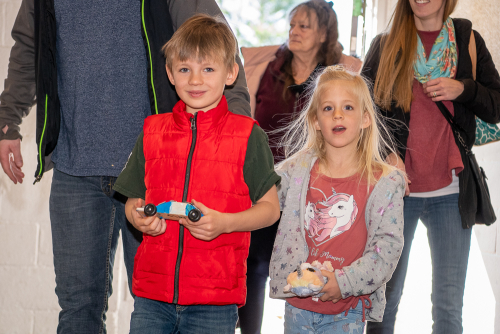 What red-blooded American girl can resist a cute boy with a fast car?

Especially when that "girl" is a grandma and that cute boy is her handsome grandson?! 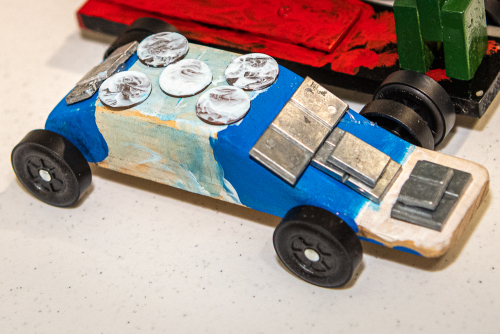 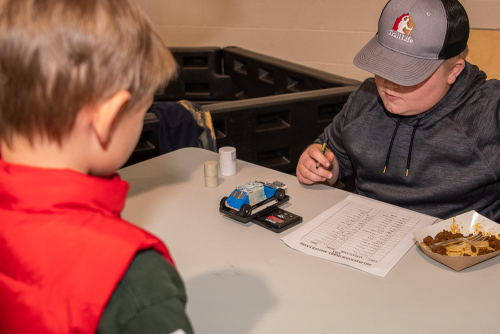 Each member who participates is given the block of wood and specifications for creating his car. The all-important weigh-in...it cannot exceed 5 oz...made it! 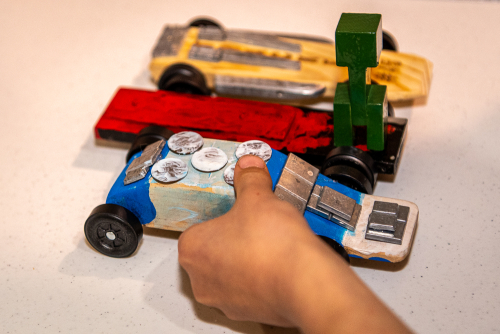 Krew has an engineer-oriented mind and he completely designed and created his racer, with minimal guidance and help from his dad Kamaron.

I love these busy boy hands! 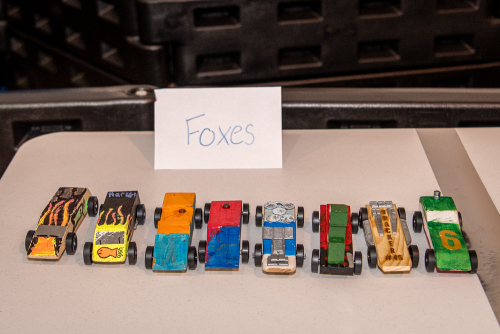 Krew is a member of the youngest age group, the Foxes. Eight cars in his class. 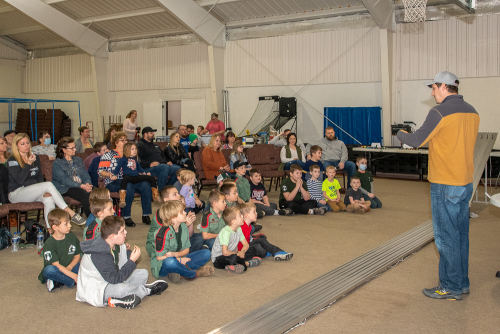 Rules of the competition were explained to the Trail Lifers and spectators.

There were 4 age classes. Each racer in each class would have his car race in multiple heats on each of the lanes to determine the first 3 placings in each age group. Then the top two finishers in each class go for the overall winner.

Last year was my first time to attend a pinewood derby. I was not prepared for the technical details of the race...it's very fairly-coordinated with electronic timing and everything. 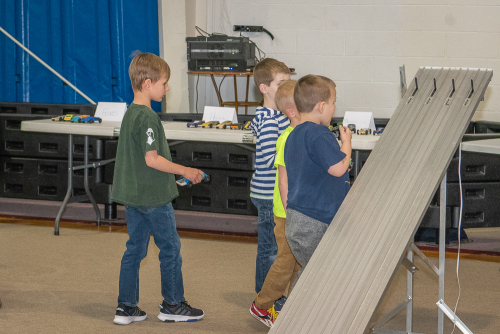 The boys were the only ones to handle the cars. They brought them to the starter.... 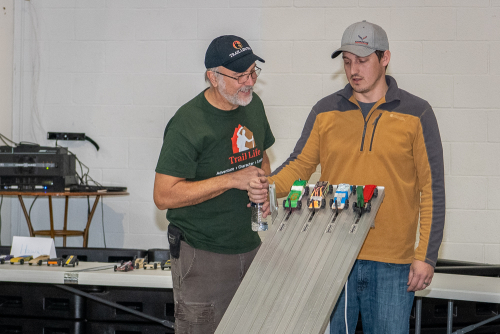 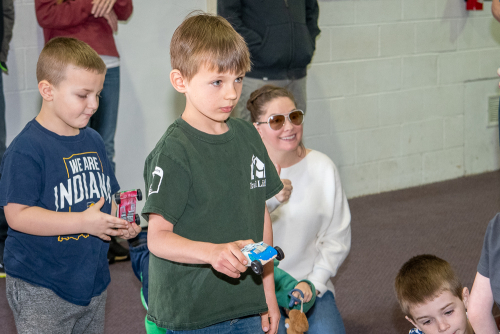 After each heat, the boys would pick up their cars and either place them back on the table or back to the top of the track for another heat. No mid-race tampering opportunities... 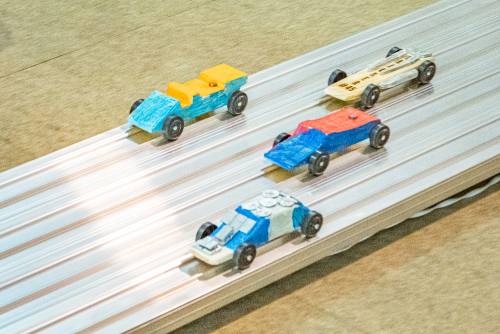 I loved seeing the blue-and-white speedster in front of the pack! 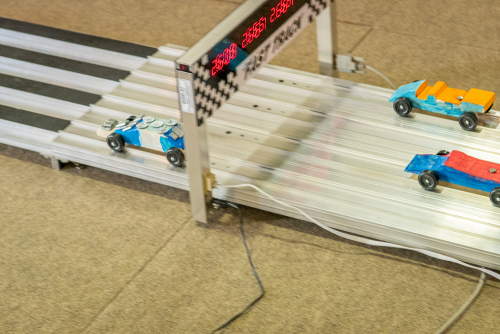 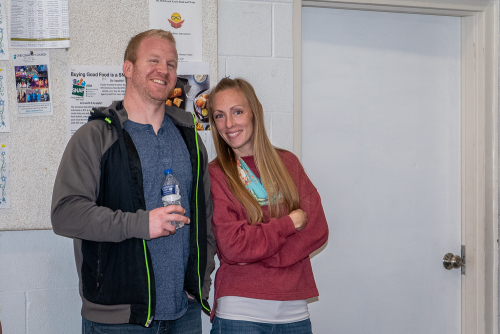 Big smiles for Daddy Kamaron and Momma Anique. Anyone who's ever worked on a big project with their children understands the relief involved in getting it completed! 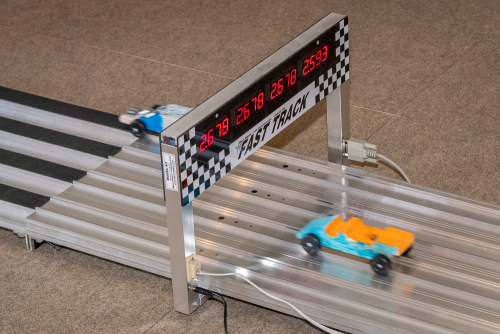 Krew's car won this heat with a blistering time of 2.593 seconds. Burning up the track!!! 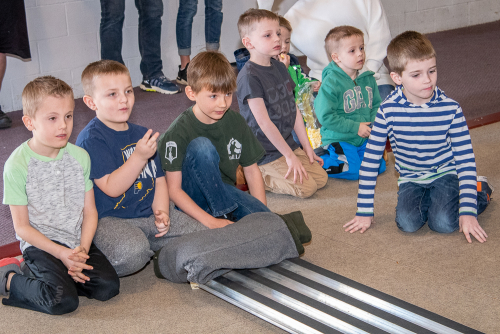 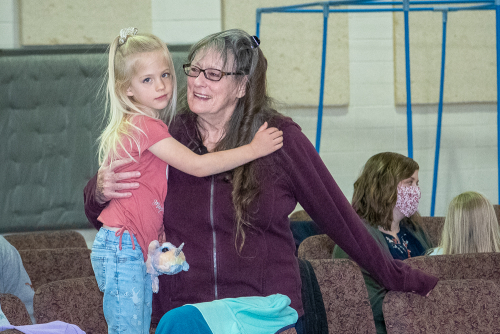 Little sister Juni and Mamaw Dorothy were the fans in the stands. 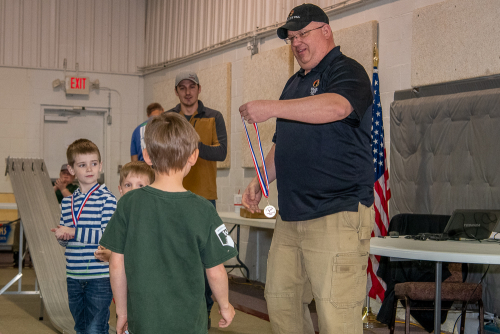 At the completion of the Foxes competition, Krew's car was the FASTEST in the field! He got the 1st place medal! 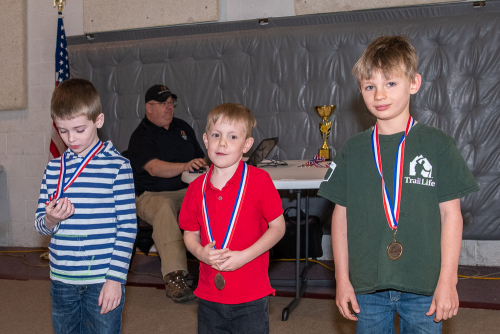 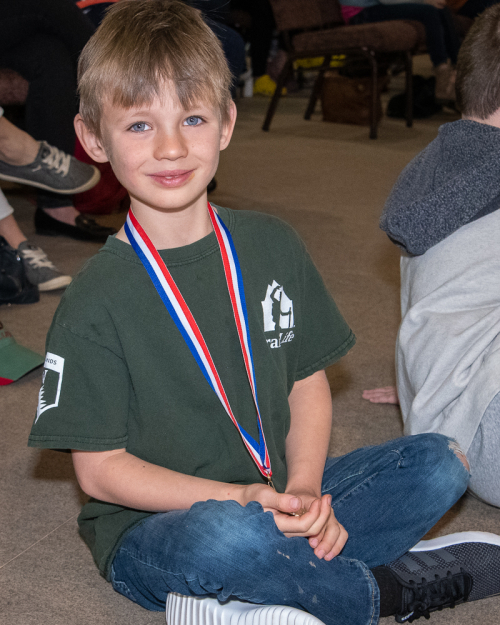 All those boys are cute, but this one stole my heart 7 years ago. 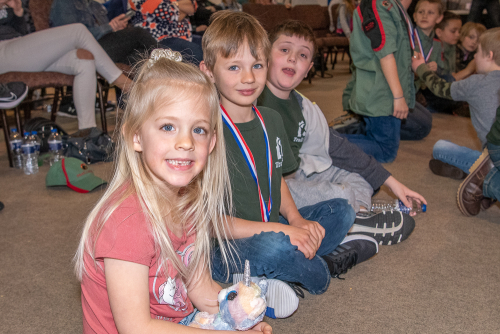 Juni and her "unikitty" (yes, unikitty...this child is obsessed with all things unicorn) joined Krew cheering on the older racers. 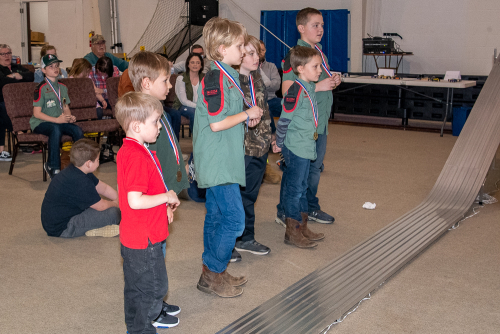 After all of the age groups finished, the top 2 finishers from each class competed for the overall derby winner. 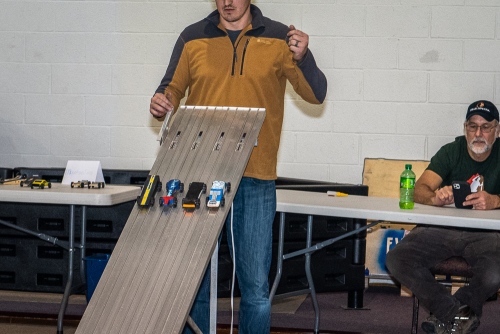 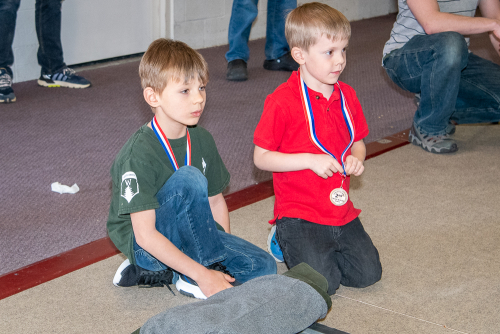 The 2 Fox racers watched together... 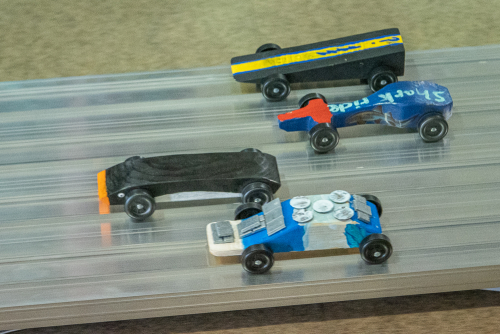 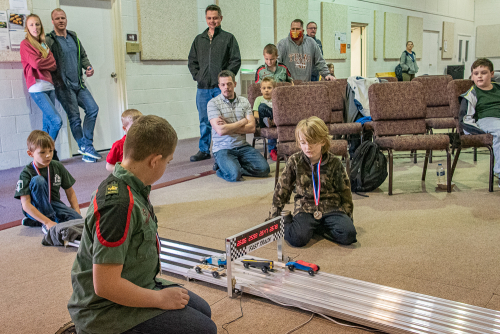 Krew's car got barely edged out by one of the older racers... 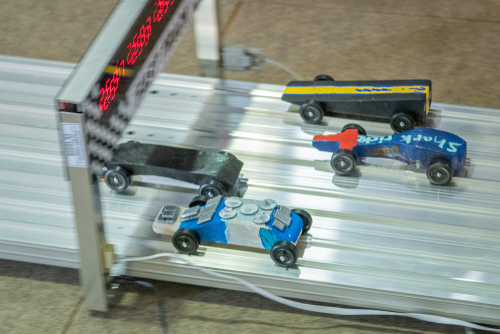 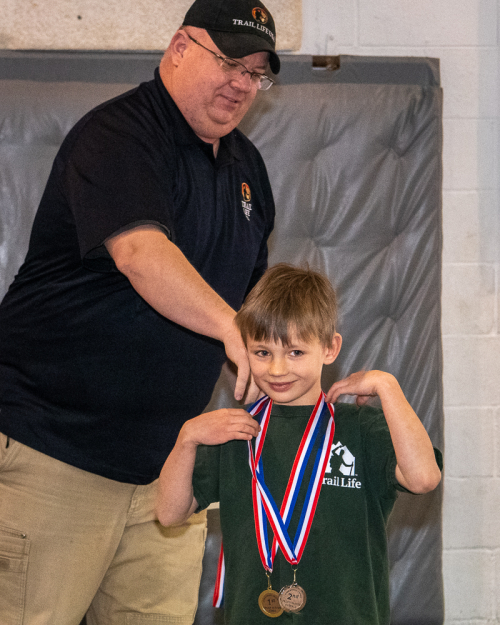 But in the overall competition, Krew ended up finished as runner-up! Very impressive for a 7-year-old! 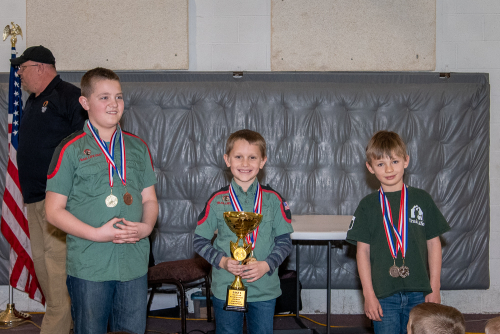 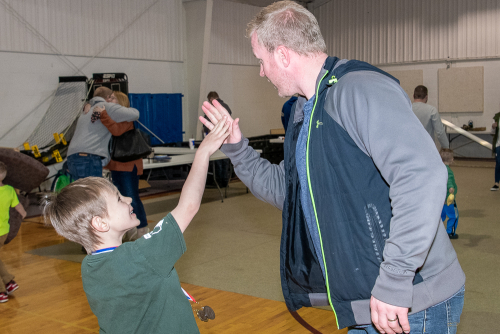 Last year in his pinewood derby debut, Krew finished 3rd out of 4 in the Fox class. I would say he learned a LOT and it showed in the improvements he made. 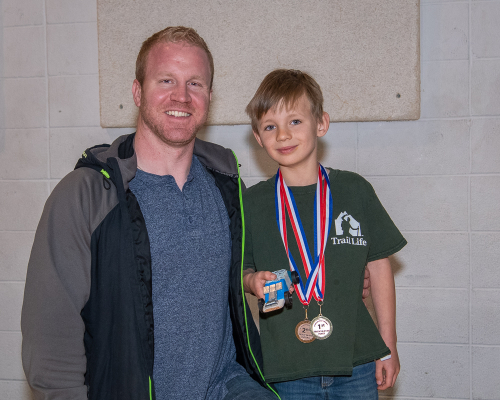 Very proud of both of these Gray men!

...this cute boy with his fast car!