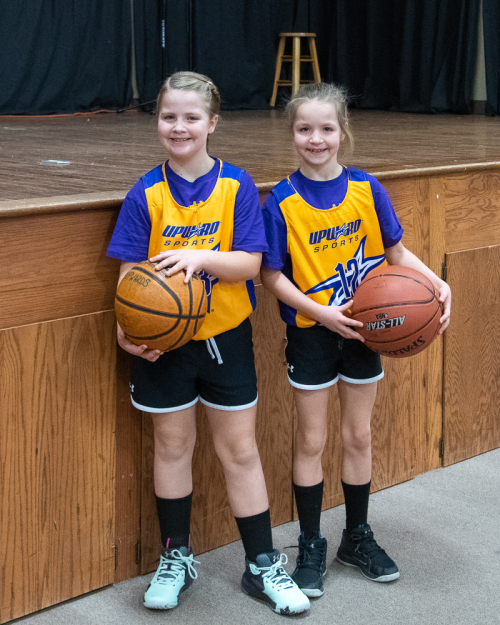 After sitting through countless basketball games where their brothers were playing, it's finally Kassie and Kelsey's turn to hit the court this year. 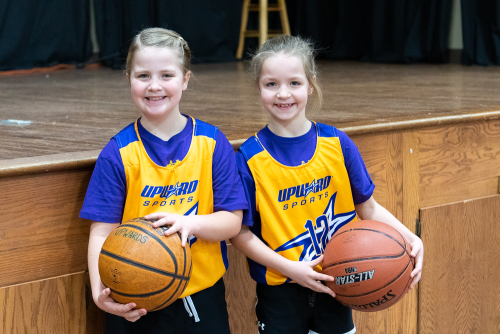 Can you believe our twin granddaughters are already 8-year-old second-graders? Wow... 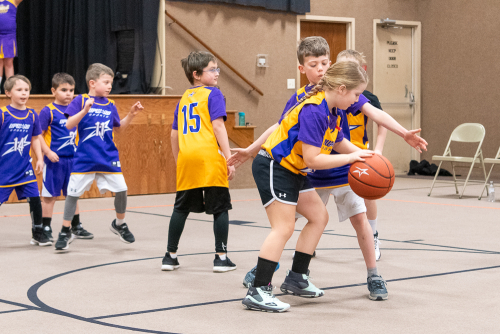 They are playing in an Upward Basketball 1st-3rd grade mixed league.

And I have to say, laying all Gramaw-bias aside, they are by far the best players on the team, and maybe in the entire league. No brag, just fact. 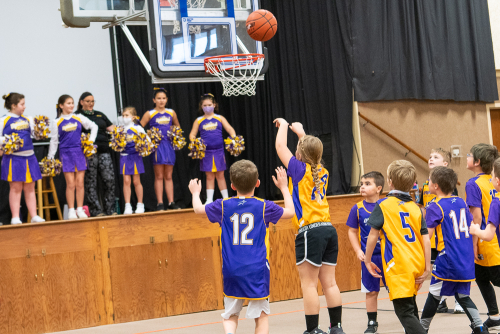 The girls are accustomed to playing on regular-height goals against their big brothers. It's taken some gettin'-used-to for them to play on such a low goal. But they have been the high scorers in each of their games so far. 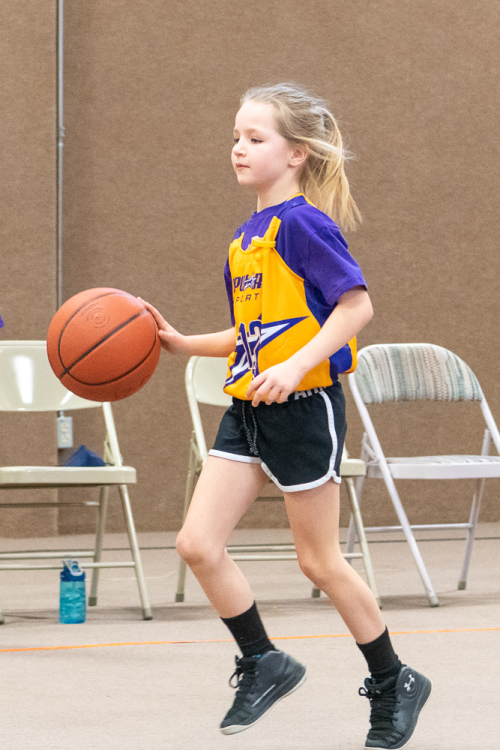 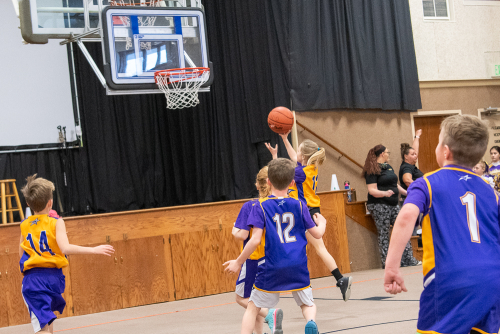 Kelsey has a lot of speed...the opposing teams just can't keep up with this gal! 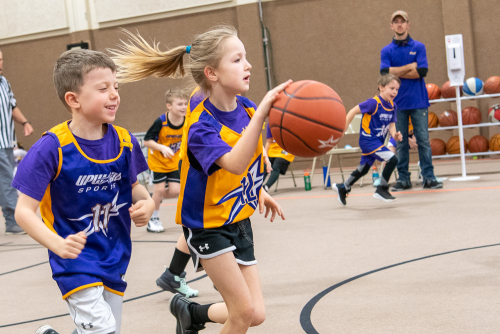 Love to see those ponytails flying! 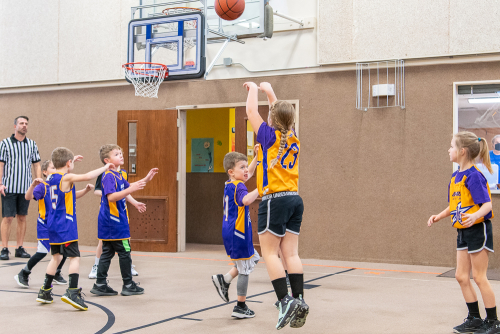 Kassie never saw a shot she didn't like! And she hits a good percentage of them! 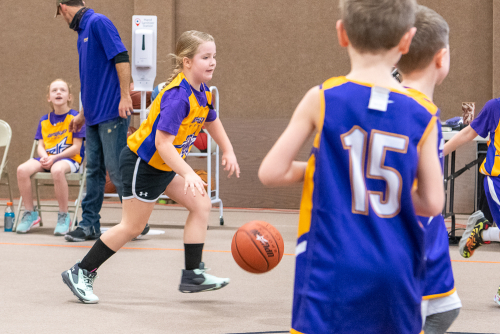 Both girls are very good ball-handlers and rebounders. Playing against older very competitive brothers has its advantages! 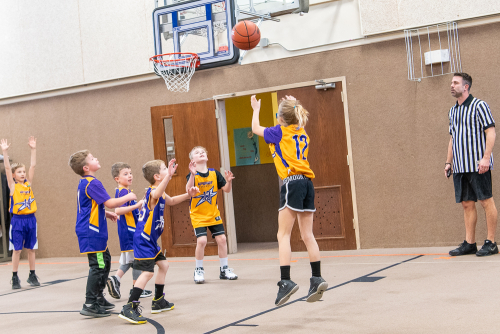 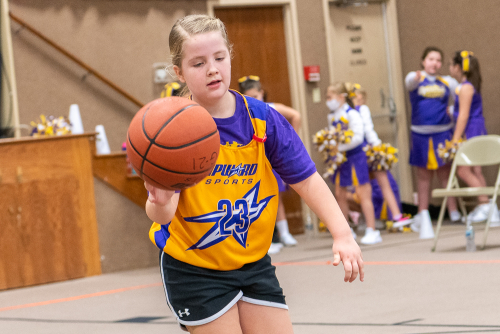 Kelsey controlling the jumpball at the beginning of the second game.

They're wearing their purple jerseys now... 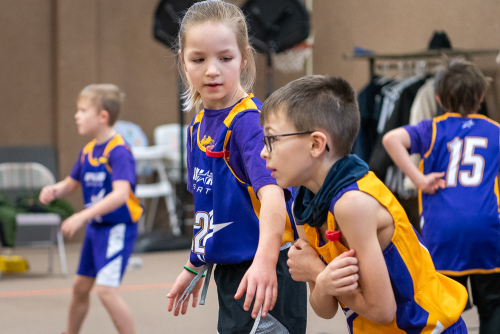 Be scared. Be very, very scared...Kelsey is a tough defensive player! 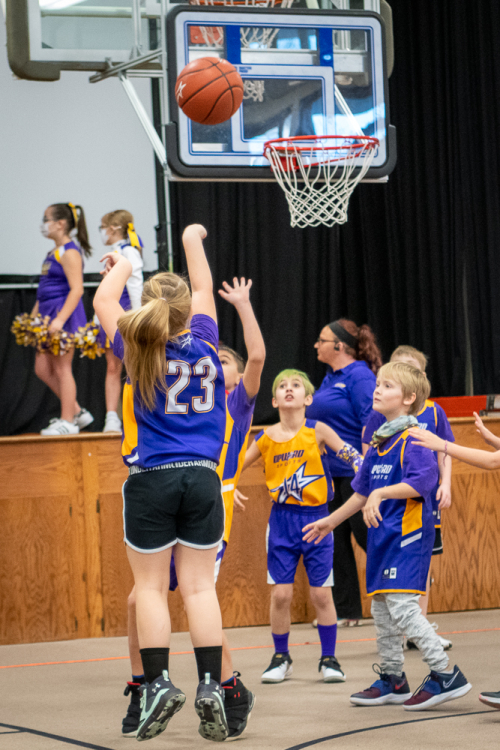 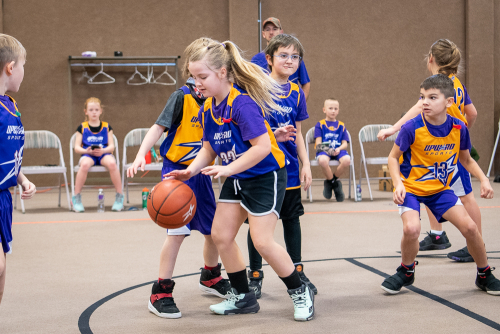 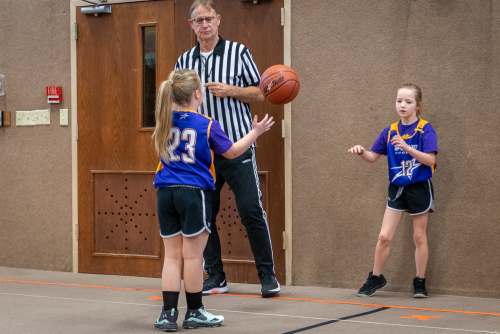 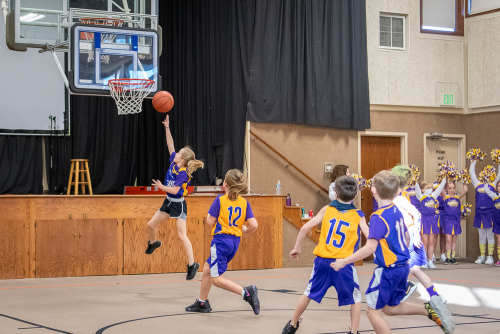 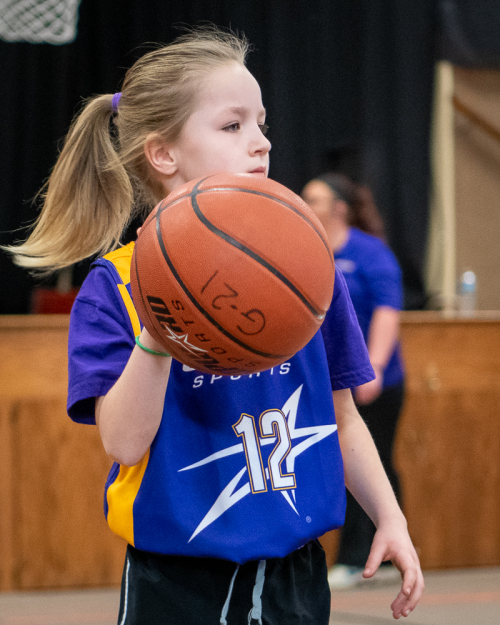 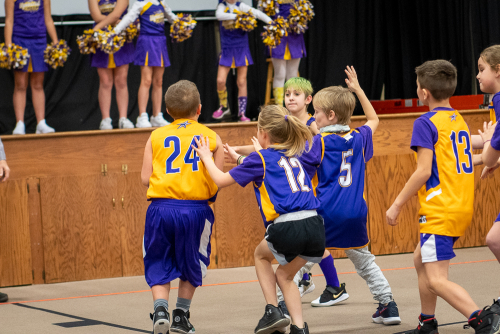 Kelsey had a tough defensive assignment against #24. He was bigger and stronger, but she was all over him all the time. By the end of the game, I think they were both a bit frustrated. 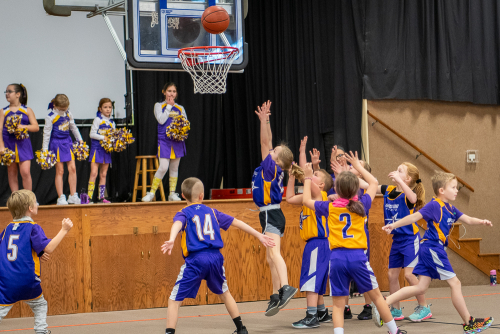 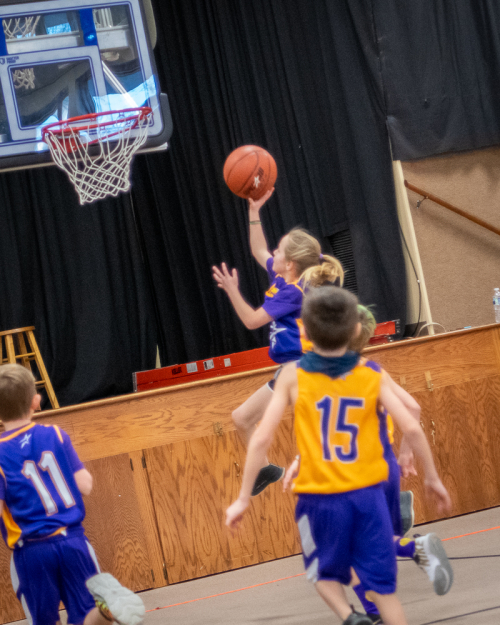 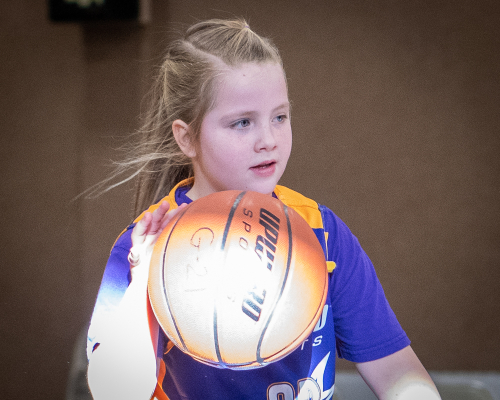 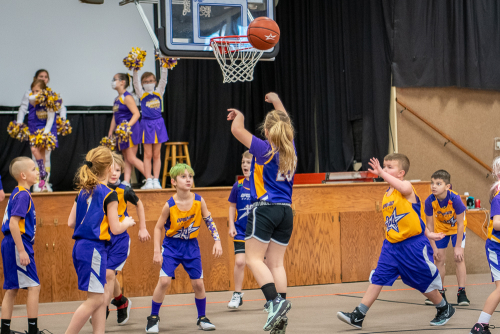 Our Saturday mornings just got a lot more fun now that we've got the girls' games to watch. 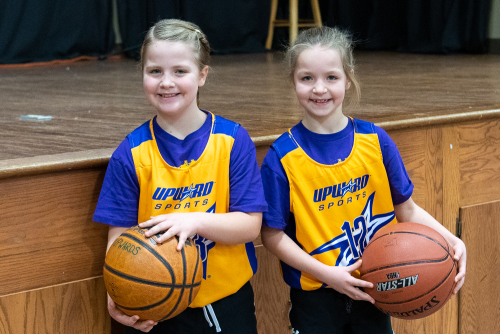