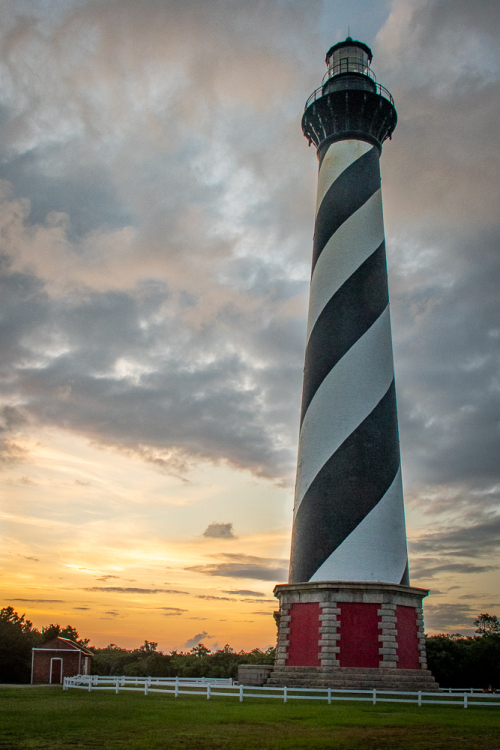 One cannot visit the Outer Banks without seeing this iconic lighthouse, one of the most beloved on the Atlantic Coast. 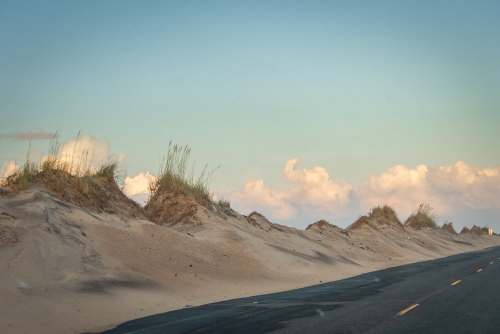 The Outer Banks National Seashore is such a beautiful, wild, protected place...miles upon miles of nothing but sand dunes with a few small towns sprinkled in along the way. 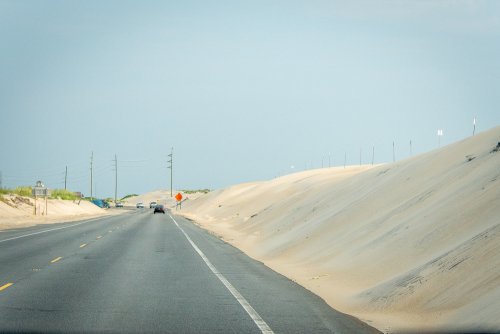 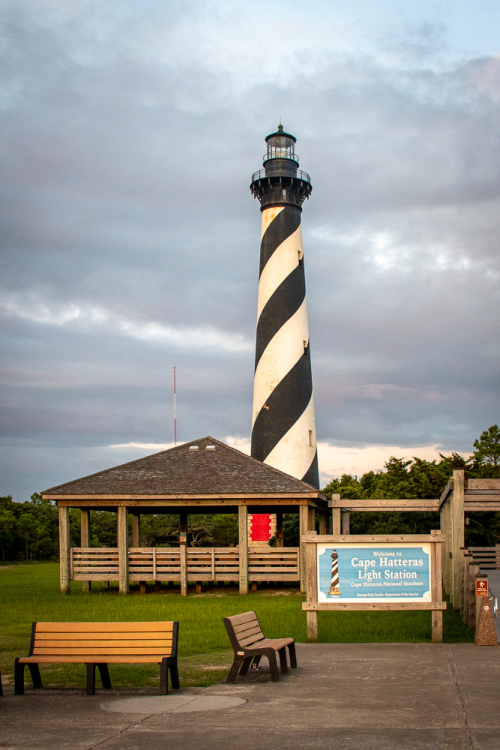 Tucked down a long drive through the dense scrubby trees of the island sits this majestic lighthouse.  The beacon from the Hatteras lighthouse has undoubtedly saved the lives of countless sailors trying to maneuver the tricky and treacherous coastline of North Carolina, which is known as the Graveyard of the Atlantic. 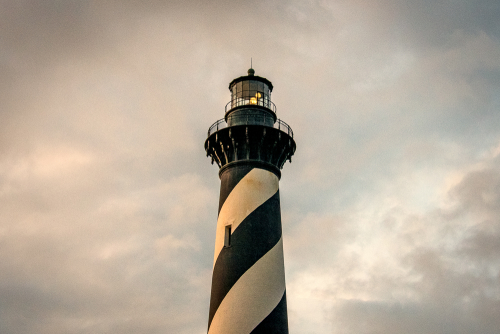 This brick lighthouse was built in 1870, replacing the shorter original 1803 sandstone lighthouse.  The unique black-and-white spiral design helped mariners to identify it in the daytime as they traversed the hazardous Diamond Shoals sandbar that caused hundreds perhaps even thousands of shipwrecks over the years.

The original light, which could be seen 16 miles out from shore, was powered by kerosene and kept burning by the diligent work of the various lighthouse keepers that lived in the house nearby.  In 1934, the lamp became powered by electricity as the keeper turned it off and on daily and maintained the mechanical works.  Today everything is electronic, with the light automatically turning off and on. 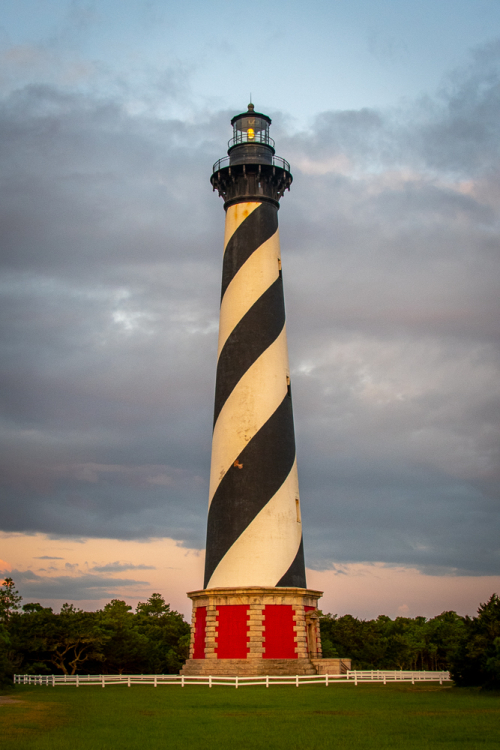 Due to significant beach erosion that was threatening the structure, in 1999 the Cape Hatteras lighthouse was moved inland about 1/2 a mile to its present location.

I wanted to photograph it at sunrise, but was a bit leery to go back there by myself at that time of day.  So I drug my sweet cooperative man out of bed (he's so good to humor my silly ideas) to go drive me the 20-minutes to the lighthouse...it was totally worth it, as we were the only people there.  The sunrise was not the most spectacular I've ever seen, but we had the place all to ourselves. 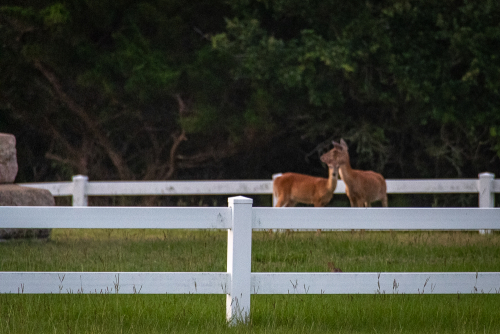 Unless you want to count the deer that were taking advantage of the quiet morning to munch on the grass around the lighthouse. A charming reminder of days gone by, this beautiful coastal sentry.