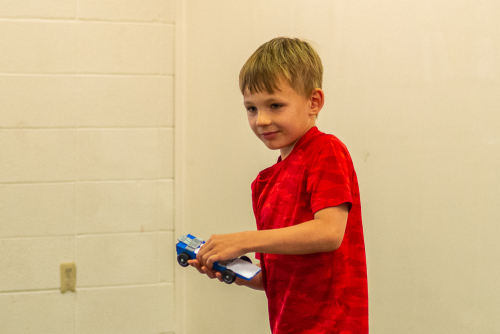 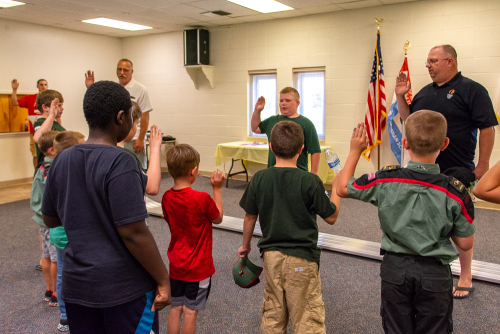 Krew is in his first year as a member of Trail Life, a Christian scouting organization for boys. 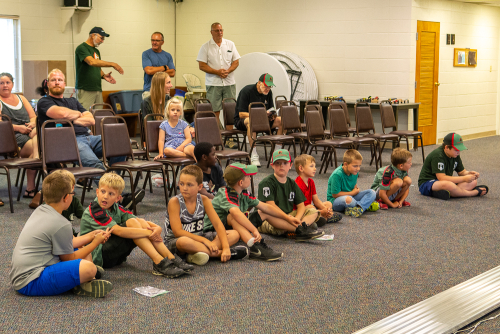 Krew's Trail Life troop is a newly-established local troop, and this week was their first-ever pinewood derby competition. 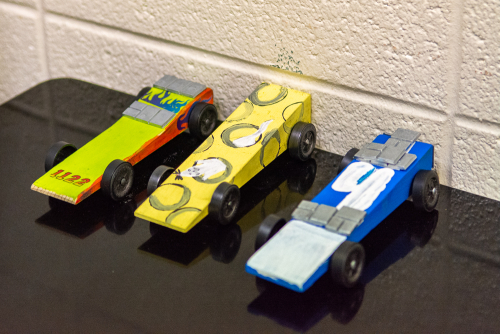 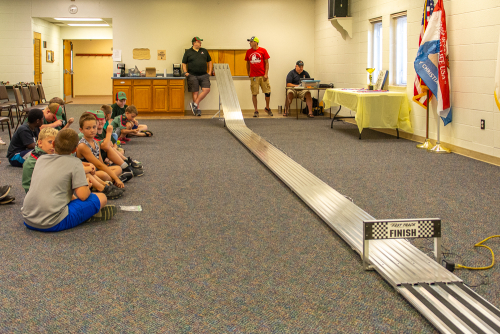 Having never seen a pinewood derby myself, I had no idea what to expect.  But I surely didn't expect such a high-tech track... 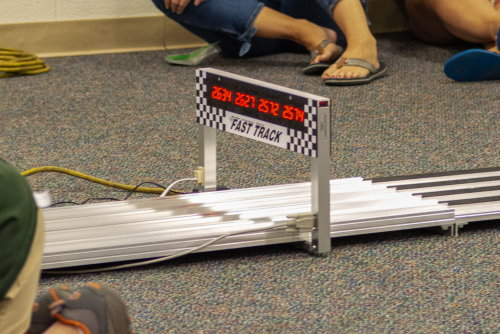 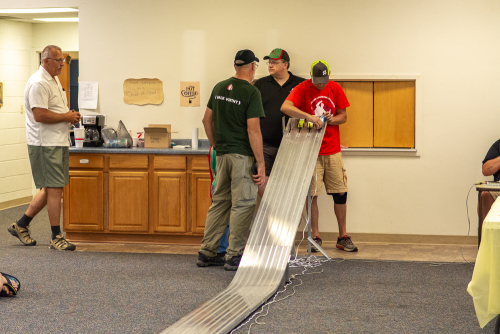 They ran 4 heats, with each car on each of the 4 tracks, then added up the times. 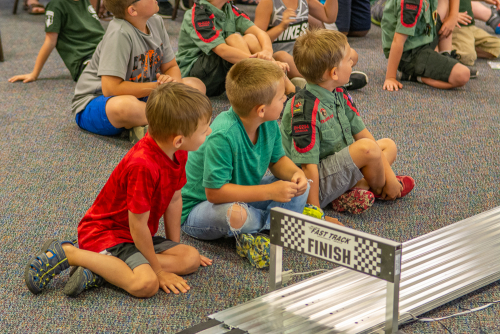 The boys waiting at the Finish Line, so excited to see their cars race! 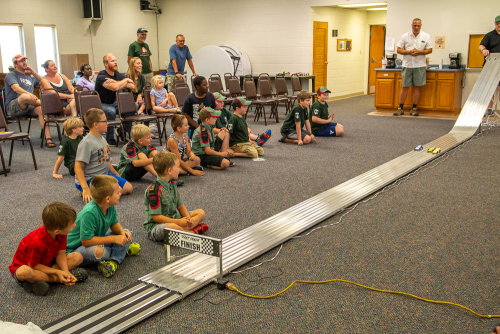 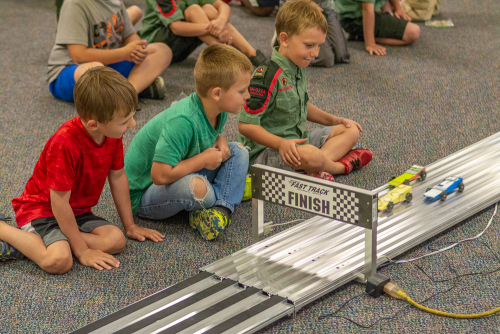 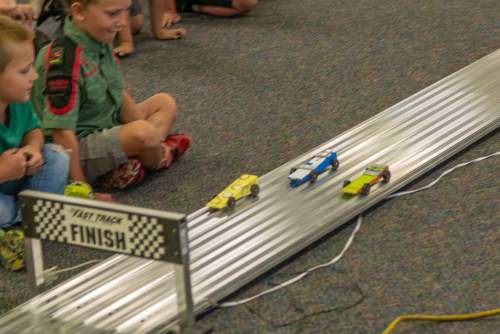 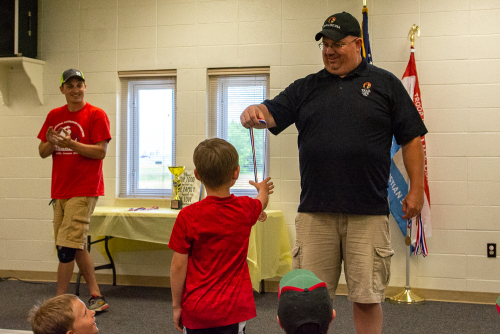 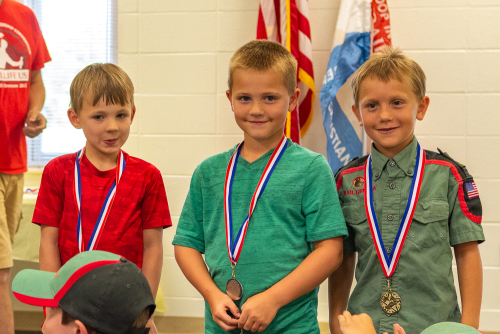 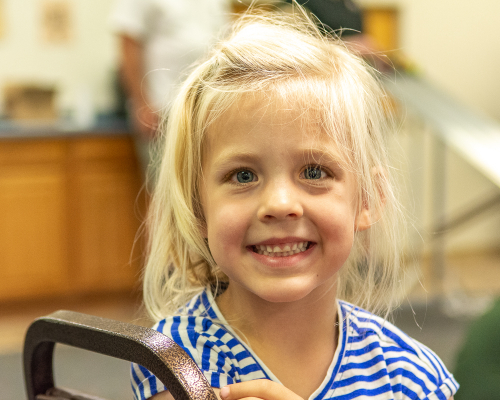 Little sister Juni was in the cheering section... 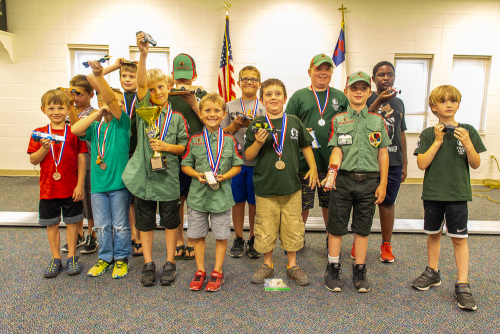 The entire troop with their pinewood racers... 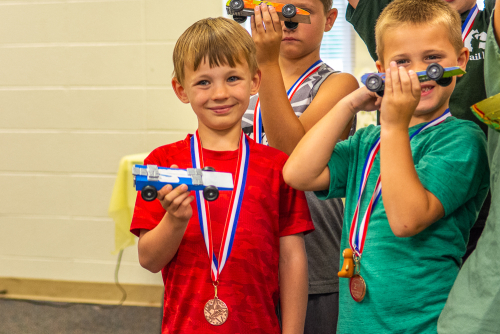 I'm pretty partial to the handsome boy in red! 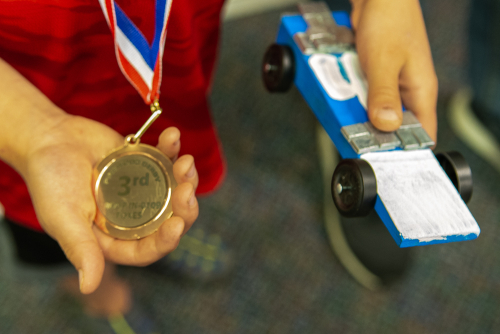 A good first-time experience for my little engineer-minded Krew. 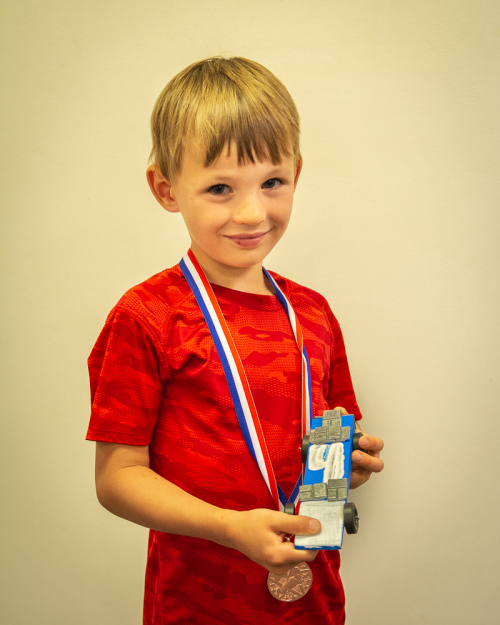 Could he be any cuter?

I know he's already planning and thinking about his car for next year...

Thank you for joining us! It was a first for us all :) That last group picture is too good with that proud smile.