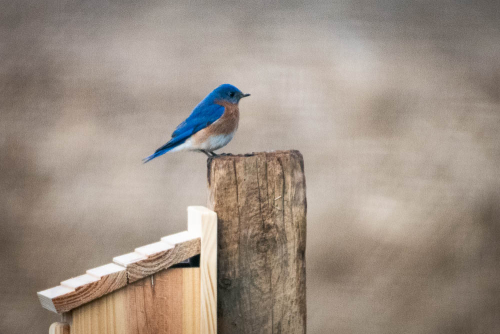 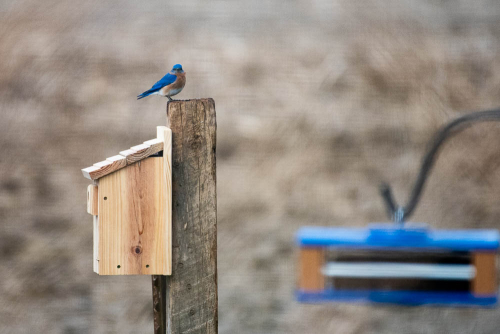 Let me first tell you that in all the 37+ years we have lived here on this property, I have never once seen a bluebird here.  I've seen them lots of other places and I know they are around, but I'd never seen one on the Gray compound.

I told Kim this winter how much I wish we could attract some bluebirds.  Kim scoffed at me.  Undaunted, I looked online, watching Facebook Indiana birdwatching groups, and in a stretch of hope ordered a handmade bluebird feeder and bought a bluebird house, leaving them on the kitchen counter until Kim "volunteered" to put them up for me.

Still scoffing at the idea but wisely trying to keep his bride happy, last weekend Kim dug a hole, put up a post with the bluebird house mounted on it, and hung up my feeder.

On Tuesday, Kim glanced out our cabin kitchen window and said, "There's a bird on your birdhouse"...and, astonishment in his voice, "it's a bluebird!" 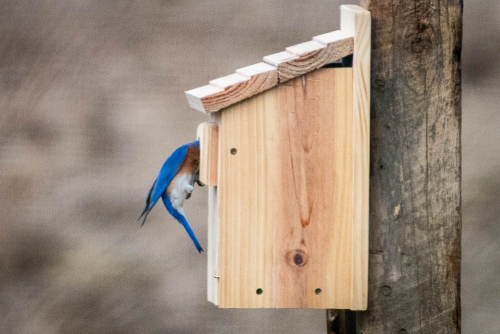 Neither of us could hardly believe our eyes!

We watched as the bluebird hopped from post to the house, poking its head inside several times.  After a minute or so, another bluebird we hadn't yet seen flew down toward the post and the two of them took off together.

I'm so glad I happened to have my camera right there, otherwise I might be wondering if my hopeful mind was playing tricks on me! 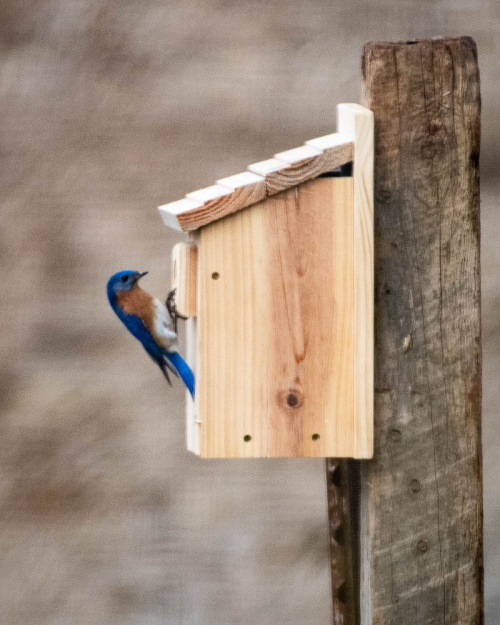 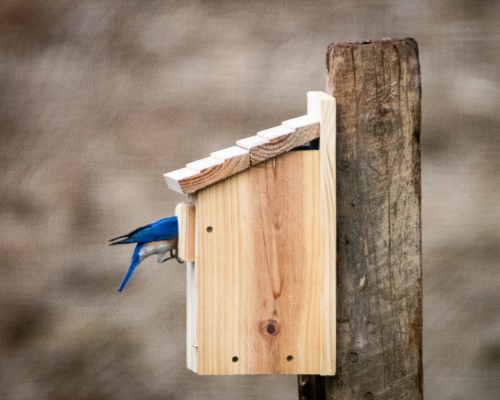 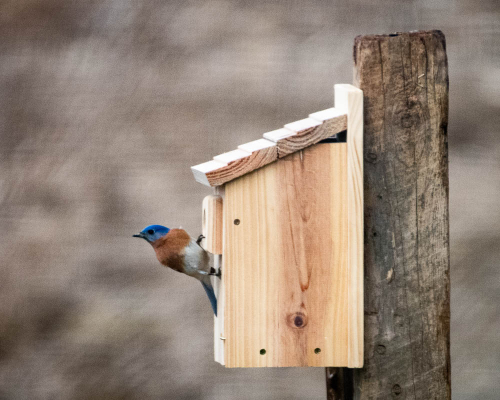 Since then, it's been rainy and we haven't been positive we've seen them again (although Kim says he's pretty sure he saw them up in the nearby pine tree yesterday).  Of course, as I remind him, they have probably been back but we don't stand staring out the window all day.

But I'm SO THANKFUL God allowed us to see them on Tuesday.  As Kim said, God knew we needed to see a miracle!

I'm so glad now that we foolishly put up the bluebird house and feeder!  Time will tell if they do indeed come back or send their bluebird friends our way.

Maybe the "Field of Dreams" saying is indeed true.

If you build it put it up (I totally COULD build one, but I cheated and bought this one at Rural King...)...

I'm so glad you said this was a miracle because that's all I could think of! What a beautiful little blue miracle. WONDERFUL and Praise God for his timely moments of encouragement!