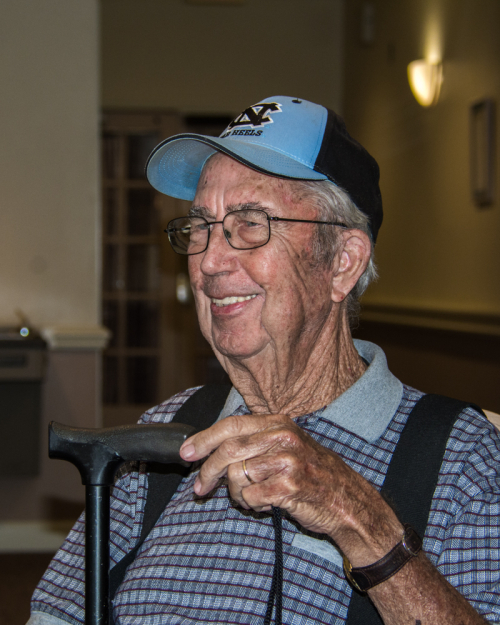 The world sure lost one unique soul when my Uncle Otis passed away this week in his home near coastal North Carolina.

As I sit here to write down a few words of tribute, it's difficult to even begin to describe this beloved character with words.  Otis went to school with my Mama, graduating with her from North Carolina's Jonesville High School in the Class of 1954 and Otis married Mama's sister Shirley that same year.  Not long after Mama and Dad were married in 1955, Otis and Shirley moved to Indiana for a few years for a good Perfect Circle factory job, and the two sisters and their husbands spent lots of time together and became very close.

I guess you just can't take the ocean out of a man who was raised near it, so after a few years Otis and Shirley missed their Carolina homeland and moved back.  Although she certainly understood, I know Mama had to have been heartbroken to see her closest sister and best friend move away.

One story about Dad that Otis loved to tell was when they were driving the mountain roads together back in the pre-interstate days.  Highway 52 was narrow and curvy through the mountains.  Uncle Otis said he'd look over at Dad driving, and Dad would have one of his eyes closed, tired from the long drive.  Otis would give him a nudge, but pretty soon the other eye would be drifting shut and the car drifting across the road with it.  Otis yelled at him, "Damn, Bud, keep BOTH them eyes open!"  Otis would tell this story and the two of them would just laugh and laugh.  God only knows what all actually transpired on those long road trips....

We always got to see Uncle Otis and Aunt Shirley at least once a year, sometimes more.  It would usually be during our summer vacation that we'd drive down to the beach to visit with them.  Aunt Shirley would put plenty of food on the table and us kids (her 5 and our 4) would have a blast together while the adults chatted.  Those were magical times of my childhood, good memories from our trips south.  I do remember their family coming to visit us once in Indiana when I was a teenager, and it didn't take long for us to pick up right where we left off from our last visit.

One summer right after Kim and I were married, we planned a trip to nearby Emerald Isle, North Carolina, and Uncle Otis pulled his camping trailer and set it up at the beach for us to stay in so we didn't have to fork out big bucks to stay there.  What a labor of love, for him to take the time and go to all that trouble for us.  But that was what he did.  Uncle Otis was a hard worker and a giver.

Where Uncle Otis was, adventure could not be too far away.  One particularly memorable fishing trip with him and Shirley still comes up in our conversations at least once a year.  Mama and Dad and my then teenager brother Mark, Barb and her then-husband Damien and baby Brett, and Kim and I (before kids) took a summer trip down there together.  Uncle Otis took us to an inlet to do net fishing, where we waded out with a big stretched-out net, dropping it in the water and then hauling it in from the shore.  That day we hit the jackpot with a school of mullets that had to be in the hundreds.  As they were pulling in the net, the 12-inch fish were flipping out of the water like crazy all around and one of the fish smacked Damien in the face and he yelled at Mark to stop throwing fish at him (which Mark totally would do, given the chance)!  Mark insisted he did not throw the fish...it was the craziest fish scene you can imagine, the fish bouncing out of the water like big ping-pong balls and the net was so heavy they could hardly drag it onshore.  They filled up 3 coolers, I think, with more to spare.  What a fish fry we had that night back at their house, and they had mullets in the freezer for lots more meals after we left! Uncle Otis was a jokester and loved to laugh with people.  He embraced life and lived it with gusto and fun!

Just this past fall, Uncle Otis had the fight of his life after contracting a flesh-eating bacteria through a cut on his hand while cleaning fresh crabs, something he'd done countless times over his 84 years.  The fast-spreading infection raced up his arm, severely damaging his hand and arm and nearly claiming his life.  After surgery and several touch-and-go days in the hospital, Uncle Otis defeated all odds and began sitting up, eating, and joking and we all believed he would win this fight too.  He did, for a few weeks, but his beat-up body just had too many other health issues to combat as well, and he just didn't have the strength to fight back any more. 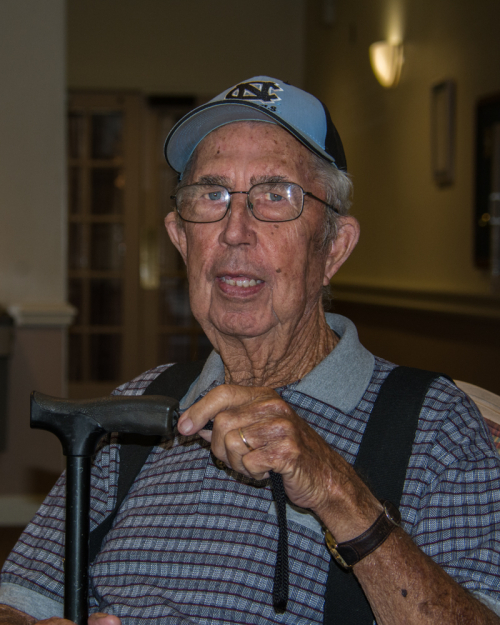 One thing is certain, this world will never know another Otis Leroy Bell.

What a touching tribute to my daddy..Yep we had lots of fun growing up.Our trip to Indiana in 1974 was our best family trip before us youngins started leaving home..Daddy was a kind soul..a compassionate and hardworking man who helped alot of people without asking anything in return..I love you Terry and all of my Hoosier cousins!! Thanks for writing this..Can't wait to show this to mama

Beautiful tribute Terry. You paint such a loving picture with words💕💞💞💞💕🥰