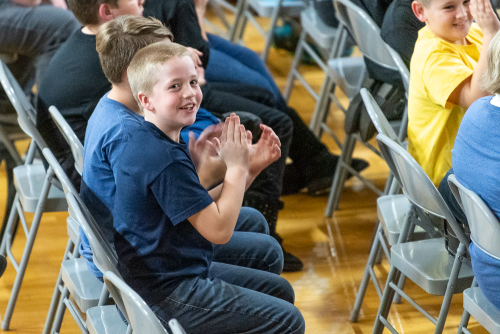 God has gifted our 9 1/2-year-old grandson Kaden in many ways, including fantastic academic abilities.

He is one smart kid.  No Gramaw-brag, just fact. 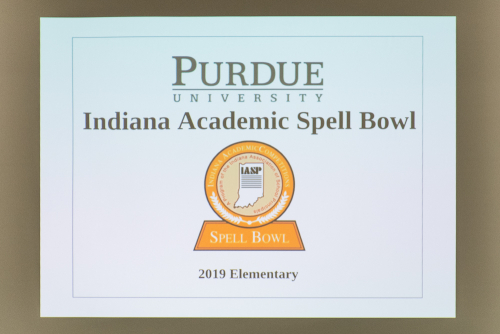 Kaden loves competition, especially athletics.  So it thrills me when he decides to compete with his brain as well as his brawn. 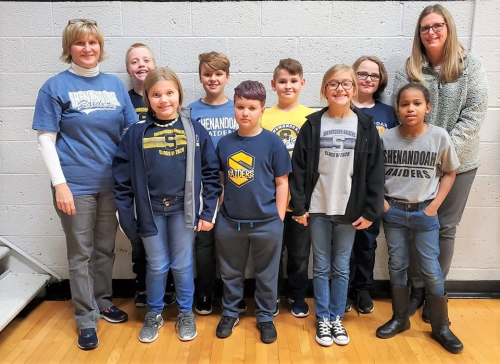 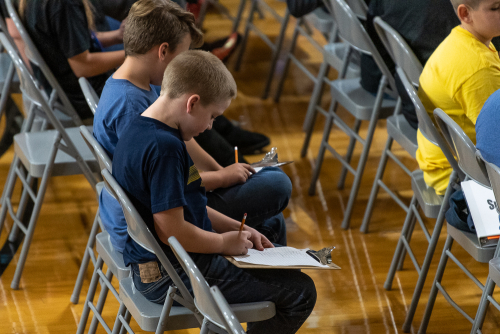 Being one of the strongest spellers on the team, Kaden's round was last.  But he spelled each word out from the other rounds as well, good practice as well as a way to keep busy and calm the nerves. 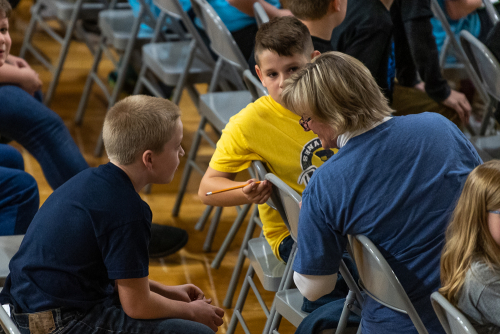 Just before he went up for his round, some final words of encouragement from his teacher sponsor (and my good friend) Mrs. Roeder. Entering the eighth and final round, Shenandoah's team had 24 points.  A perfect score is 56....8 students with 7 words each.  Thankfully the schools are placed in categories according to their size and grade levels, so we weren't competing against the bigger schools with older students. 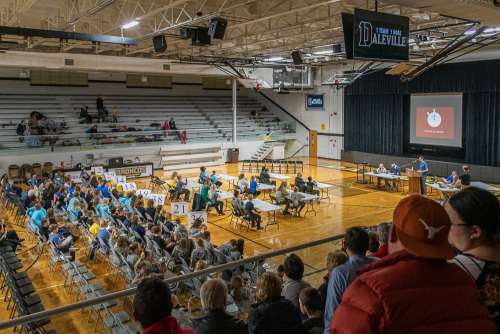 Spectators' view from the peanut gallery...that's our Kaden at the back right table, wearing his navy shirt.  Beside him is the Spell Bowl proctor. 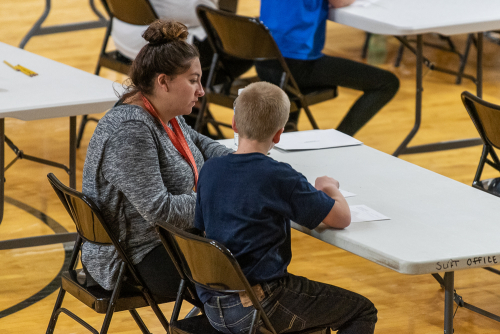 A word is pronounced, then used in a sentence, and each student writes down the word which is then checked by the proctor.  If they spell it correctly, they raise their hands so the crowd knows what's going on. 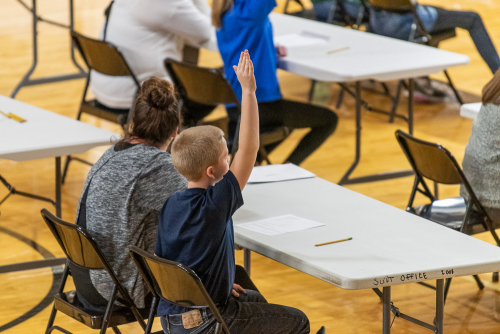 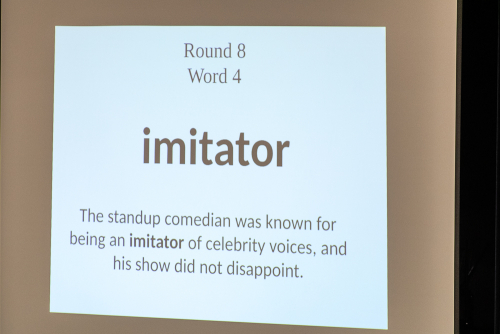 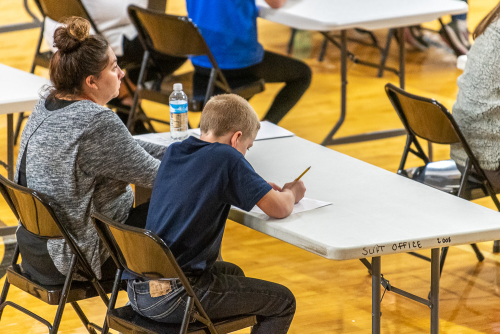 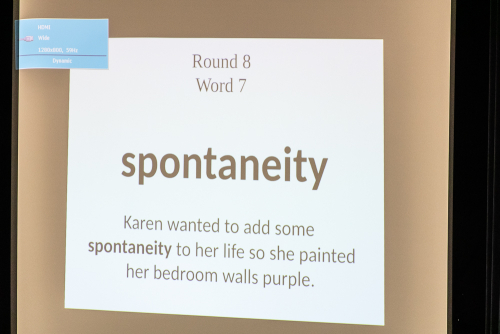 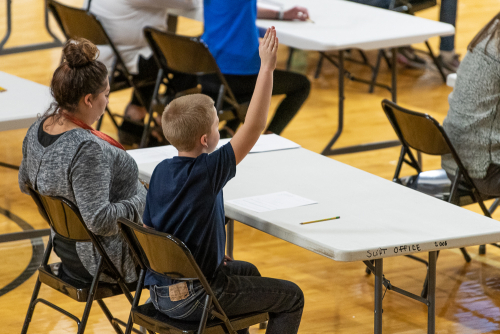 Make that 7!!!  "Spontaneity" was his final and most difficult word, and he rocked it!  Some of those playing along in the peanut gallery did not spell "spontaneity" correctly...not naming any names.... 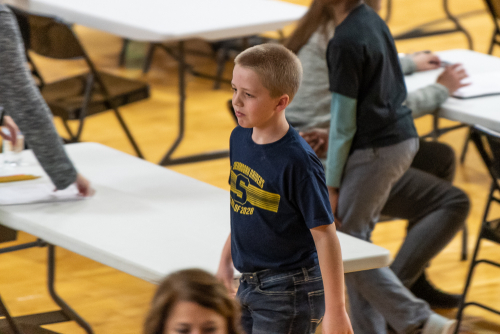 Kaden turned in his paper and tried not to smile as he walked back to his seat.... 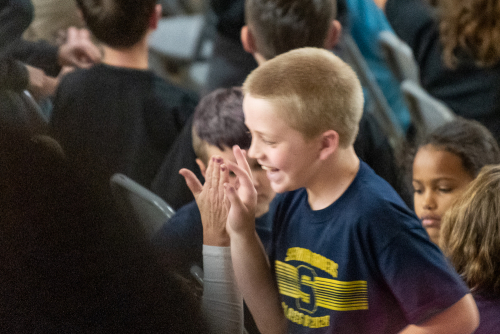 ...to high-fives from Mrs. Roeder and his teammates.  A perfect score!!! 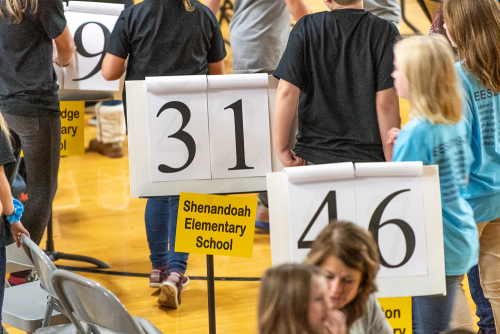 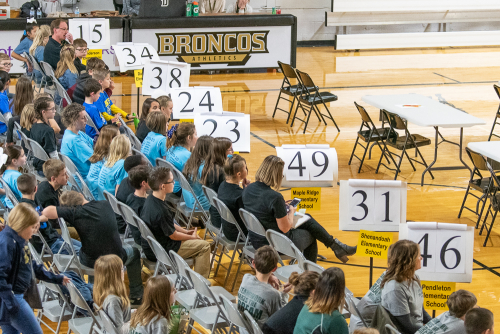 Of course, we were already mathematically out of the running for the top score before Kaden's round, but as it turned out Shenandoah was the only school in our particular classification so our Spell Bowl team placed first in the Orange category! 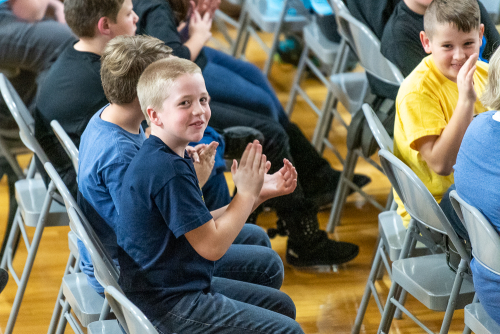 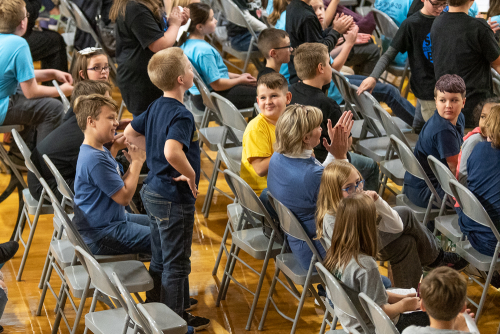 Kaden was recognized as one of the 9 students there with a perfect score.