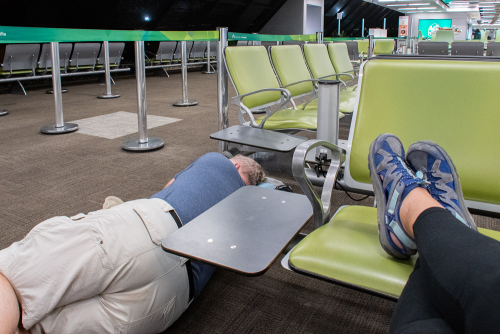 This was how we spent last Sunday evening...two of very few folks overnighting it at the Brasilia International Airport in Brazil.

Eight hours to pass between the time our plane landed from Sao Paulo until we boarded for our 7-hour flight to Miami.

For the life of me, I have no idea how Kim was able to sleep, but I could tell by his snoring breathing that he definitely did at least get some cat naps in.  Not only are the chairs uncomfortable and the floor hard (and dirty!), I am so paranoid that someone is going to pick up our luggage and leave us passportless and penniless in a place where almost NO ONE speaks English.  And I don't know a lick of Portuguese...  In all of our travels, Brazil is one of very few places where most people in the tourist industry don't at least understand or read English. 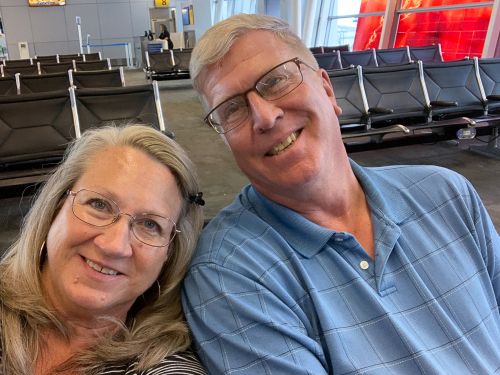 We looked (and felt!) a lot fresher before we left from Indianapolis for our adventure in the Brazil Pantanal 10 days earlier...

We started planning this trip last winter, and through a series of weird connections we ended up having as our travel planner/guide a wonderful Peruvian man named Nicolas who had been our guide at Manu National Park in Peru two years ago.  I texted Nicolas (via WhatsApp) this photo of us as he was en route to Brazil as well... 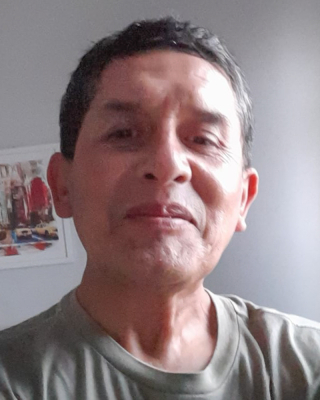 ...and he sent back this photo of himself, in his hotel in Cuiaba, Brazil awaiting our arrival.

He texted back (isn't technology AMAZING?!) that it was VERY HOT there.

VERY HOT has different definitions for different people, but I will tell you that Nicolas is accustomed to hot weather and when he says it's VERY hot, I started sweating just at the thought of schlepping through the VERY HOT jungle.

I'll try not to wear out that phrase in the posts to follow, but suffice it to say that he was right.  It was over 100 degrees every single day (except the day we left it cooled down a bit, of course...) and we had to wear long pants and long sleeves and slather ourselves with bug repellent and sunscreen, which mixed nicely with our constant perspiration to make us TRULY the definition of HOT MESSES every day.

But hey, we're in the tropical jungle...it's SUPPOSED to be HOT, right?! 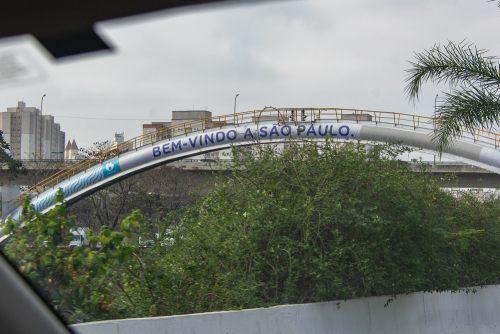 Getting from Sulphur Springs, Indiana to the Pantanal is no easy task.  Of course, there's the 1-hour drive to the airport, then a flight to Miami then another flight to Rio de Janeiro then another flight to Sao Paulo then a last flight to Cuiaba, where Nicolas was picking us up.  Since the only flights to Cuiaba are in the morning, we decided to spend the night at a Sao Paulo airport hotel so we'd be rested and ready for our short flight to Cuiaba and our Pantantal adventure.

So I had booked a night in the airport Marriott, a nice selection I thought since I knew it would meet expectations and maybe someone there might speak English.

No matter how carefully I plan a trip, it seems there are always some surprises in store.  What I did not realize is that there are TWO international airports in Sao Paulo.  Who would've thunk it???!!!  We landed in the Congonhas airport.  But our reservations were at the Guarulhos airport.  Of course, we did not realize that when we were searching in vain for the Marriott hotel shuttle.  Asking people was ridiculously unhelpful, since literally no one speaks English.  Even when I pointed to the printed out address, they gave me puzzled looks.

Finally, we went back inside the airport and found a tourist information desk (with English-speaking workers!) who told us the bad news.  Our hotel was at the other airport on the other side of the city, an hour's drive.  At this point, in retrospect (which is usually better than our on-spot decisions...), we should have hailed a taxi.  But we decided to take the tourist center's advice and climb aboard a bus headed that direction.

Of course, the driver didn't speak English and was not used to transporting helpless gringos who had no idea where they were going, but he was a smart fella and decided he could help us for R$15 (15 Brazilian reals) which I'm sure he pocketed.  But since R$1 is about a quarter in US currency, we decided what could go wrong for $4???

So we boarded a bus full of locals jabbering Portuguese, nursing their babies nondiscreetly, and put our trust in God.  And the Brazilian driver.

It turned out that the driver took very good care of us and actually called a Marriott hotel shuttle who met us at the bus stop an hour later, and all was well.  The best part of all was the Kim did not get grumpy or frustrated, he just went with the flow. 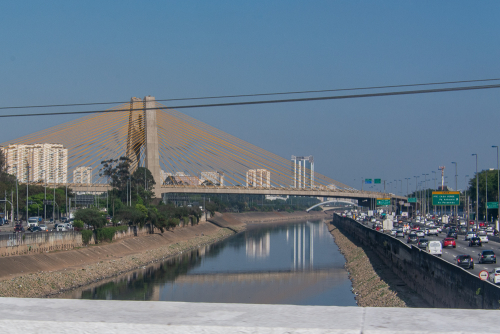 I told him the positive part of the mistake is that we got to see the city of Sao Paulo itself. 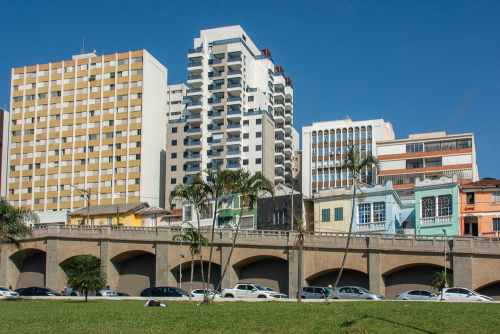 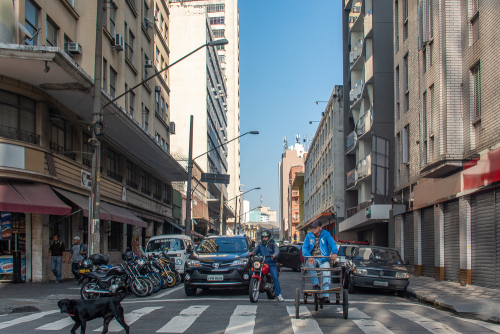 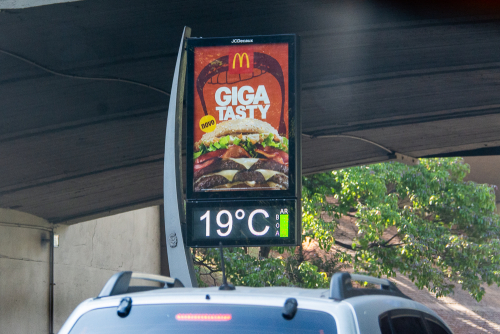 McDonald's is everywhere!  And it may have been just 19 degrees Celsius (66 degrees F) late that evening in Sao Paulo, but it was more like 40 degrees Celsius (104 F) where we were headed for the rest of the trip.... 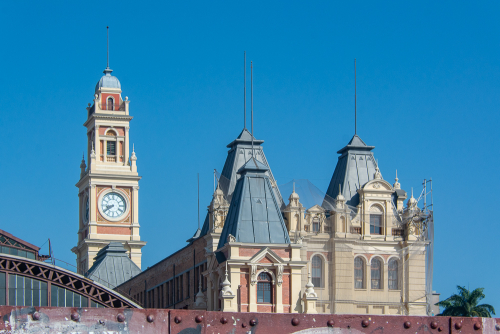 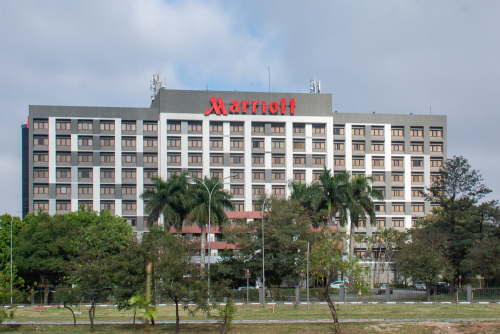 But we sure were glad to see this hotel after traveling for 22 hours! 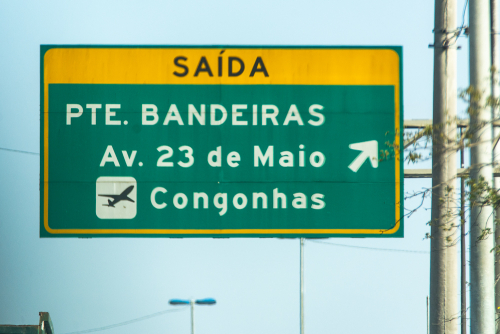 We had a great night's sleep and a couple of good meals and we were rearing to go!  We arranged for the more-expensive-but-more-predictable taxi drive back to Congonhas airport... 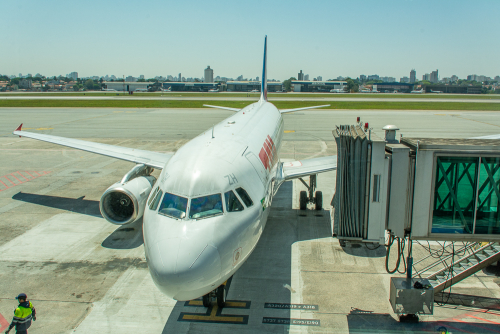 ...where we boarded our plane for Cuiaba and the awaiting Nicolas.

He was right there, smiling broadly, just like he said he would be.  I breathed a huge sigh of relief...the trip had barely begun but I didn't really want to deal with more...

When I traveled to Spain I had a layover in Germany....I was so exhausted I slept with my bag on my chest facing the back of the chairs in hopes no one would take my belongings! Good for Kim, "going with the flow"...this post brought a giggle. You guys are such troopers!

I am with you … wide awake holding onto our possessions and NOT sleeping on the dirty floor!! :)