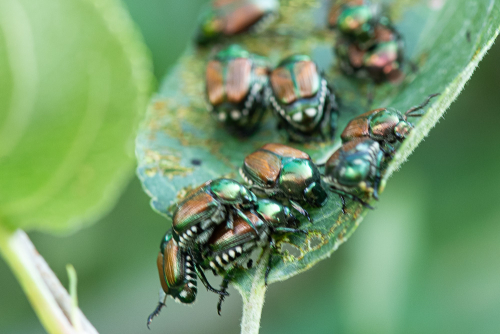 While we were basking on the beach, our orchard was being invaded by a vast army. 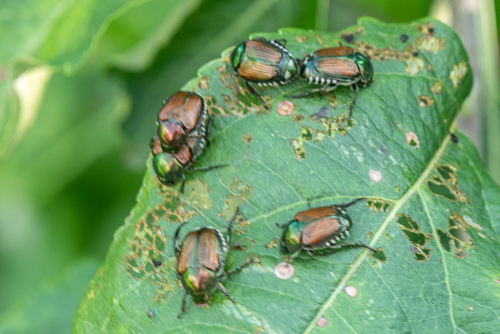 Japanese beetles.  Hordes of them. 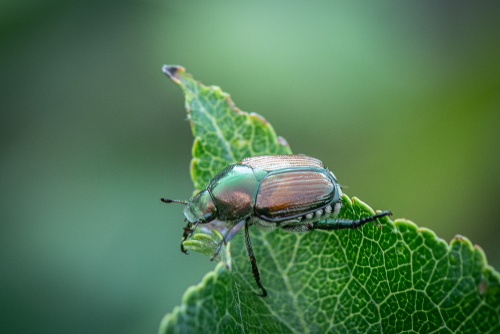 I remember the first time I saw a Japanese beetle.  I was about 10 or 12 years old.  We were visiting my grandparents in North Carolina and Grandpa Britt pointed them out to me in his garden.

I thought they were beautiful insects...copper and irridescent green with tufts of white and black stripes along their sides.  I'd never seen such an exotic-looking bug. 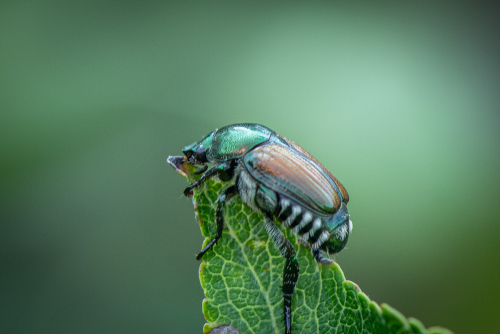 Grandpa Andy was never one to mince words, and he always "seasoned" them with expressions I wouldn't dare utter, words that would have immediately gotten my mouth washed out with soap.

I'm pretty sure Kim would agree with Grandpa in spirit, although his description of them is a thankfully a bit less dramatic. 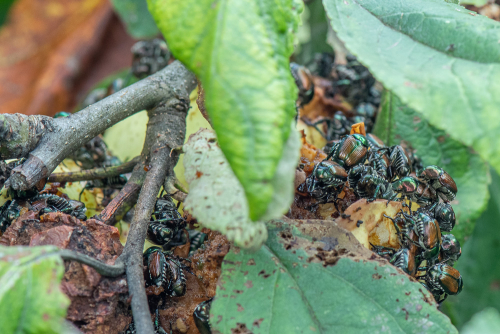 Our apple trees are loaded with fruit this year, but the Japanese beetles are feasting on them too.

Japanese beetles are, as their name implies, native to Japan where natural predators keep their numbers in check.  But in 1916, stowing away on a shipment of iris bulbs that arrived in Riverton, NJ, these beetles came to the other side of the globe and began their dreadful spreading across our country.  In North America, these beetles are a damaging invasive species that devastates at least 300 known plants.

A few are easily killed, but their enormous numbers make it nearly impossible to eradicate them.  I was reading on how to get rid of them organically ..."flick them with your finger into a bucket of soapy water then wash down the area where they were to get rid of their pheromones to prevent others from coming."  SERIOUSLY???  We are talking literally GAZILLIONS of these bugs...I'm sure I'm going to spend the rest of my lifetime flicking the individuals into soapy water.  Get.  Real. 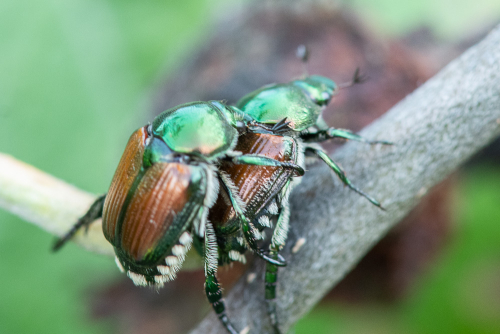 And from the looks of all the beetle canoodling that is going on in our orchard,... 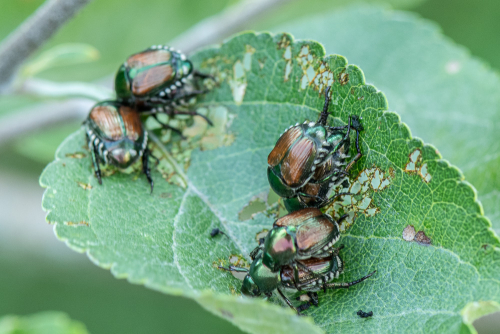 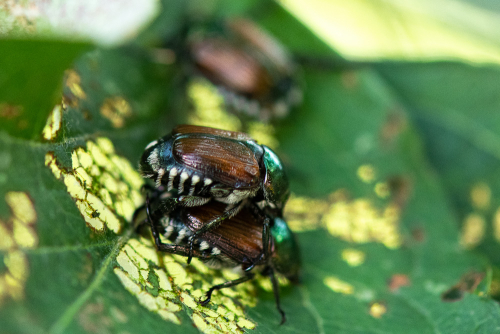 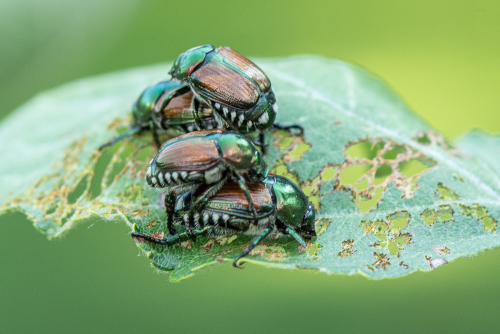 ...this nasty species will continue to proliferate exponentially.

At the risk of being horribly politically incorrect, I can't help but wish they would just go back to where they came from! 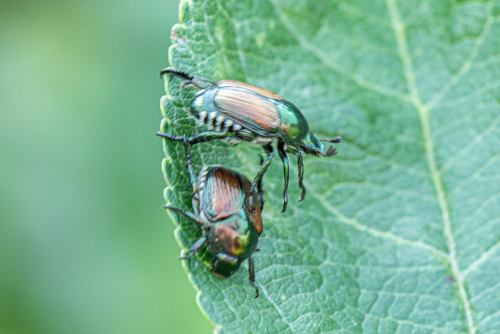 Not gonna happen.  It's going to take an act of God to get rid of them.

So until that happens, I guess we just gotta deal with, as best we can,...

It's so strange...I don't remember seeing them hardly at all in the past few years but this year they're everywhere! :/