Trading a Big Ball for That Little Ball 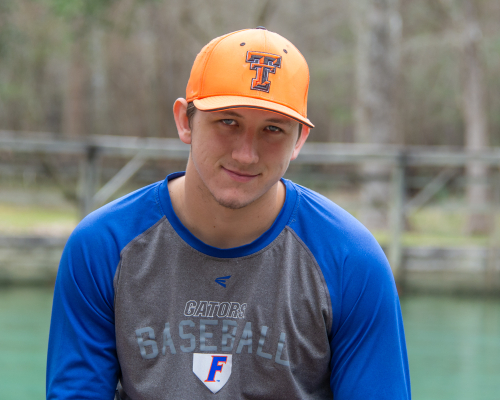 This is my 17-year-old nephew Wyatt, a junior at Trenton High School in Trenton, Florida.

Wyatt is a great young man, a sweet kid, and a good student.

And an amazing athlete.  So amazing, in fact, that the University of Florida wants him to play baseball for the prestigious Gator baseball program.  Wyatt has had a verbal commitment for awhile now, and is looking forward to the official signing in November.

After he signs with the Gators, his college coaches will not want him playing any other sports and risk an injury.  So this is his final year of high school basketball, and we got to witness him in action with the Trenton Tigers (I love it that he is a Tiger, just like we were!) while we were in Florida last week. 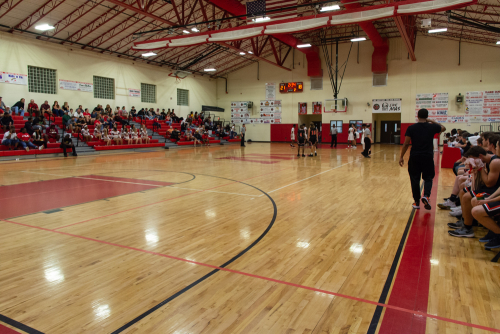 My first impression as I entered the gym was "wow."  Not WOW...but definitely an underwhelming "wow."

Basketball is king in Indiana, the premier sport in most schools.  Even the smallest high schools have big gyms that are usually packed for the varsity games.  This gym (it was an away game, not Trenton's home court) was very small, with only 10 rows of bleachers on each side and less than halfway filled.  Our elementary kids' basketball games have more fan support than this. 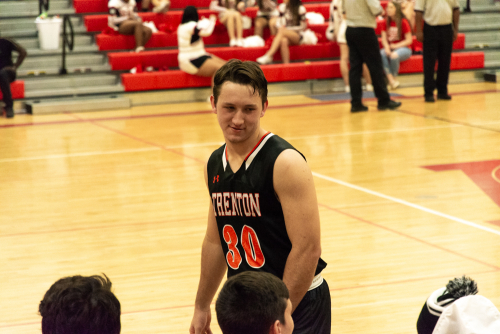 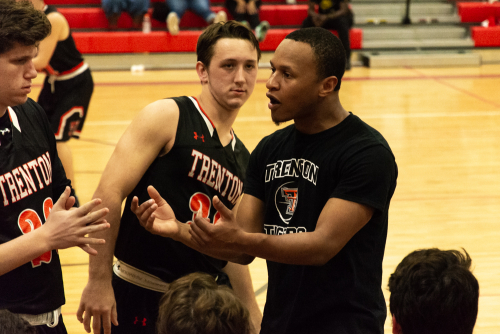 ...listening to his coach.  Who looks like he should be playing on the team instead of acting crazy along the sidelines... 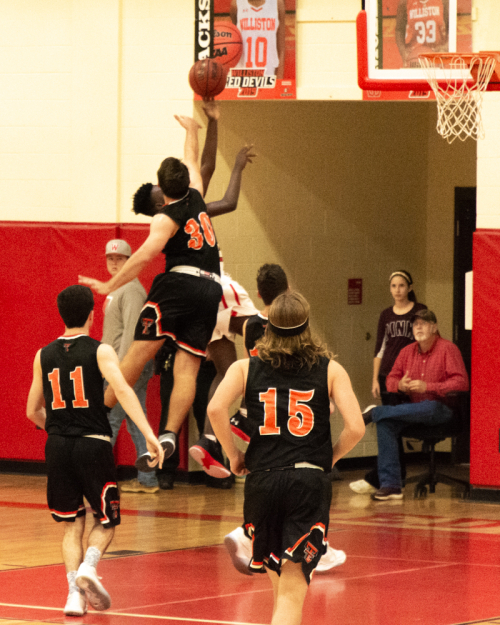 Wyatt is not a finesse-type basketball player.  He's more of the brute-power sort.

And he can jump...pure athleticism!  He does not get his leaping ability from his Aunt Terry (Kim says I can barely clear the varnish on the wood...and I'm afraid he's right...). 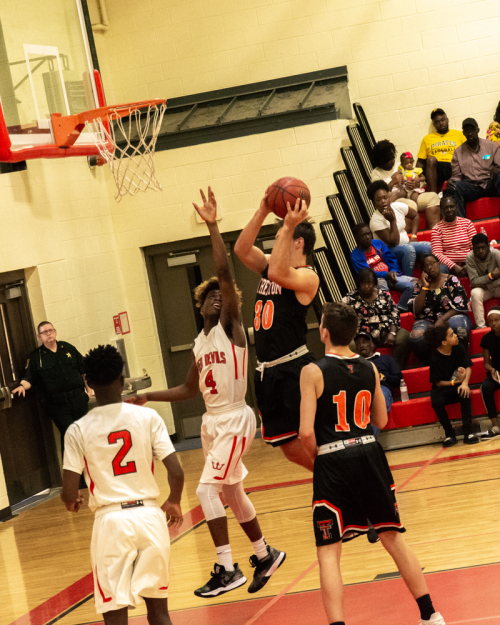 Most of his points are of the rebound variety. 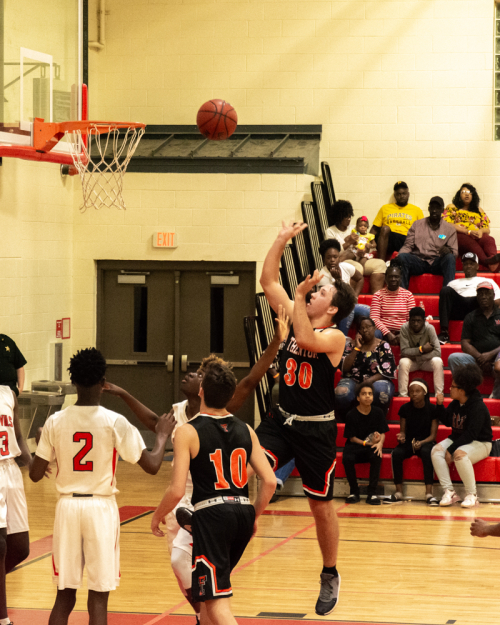 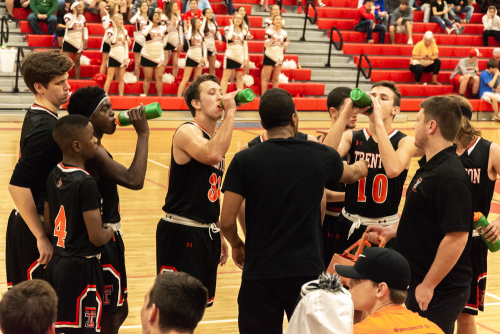 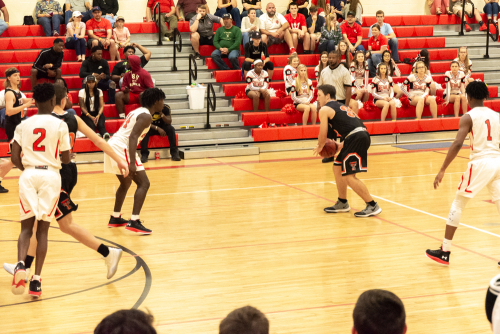 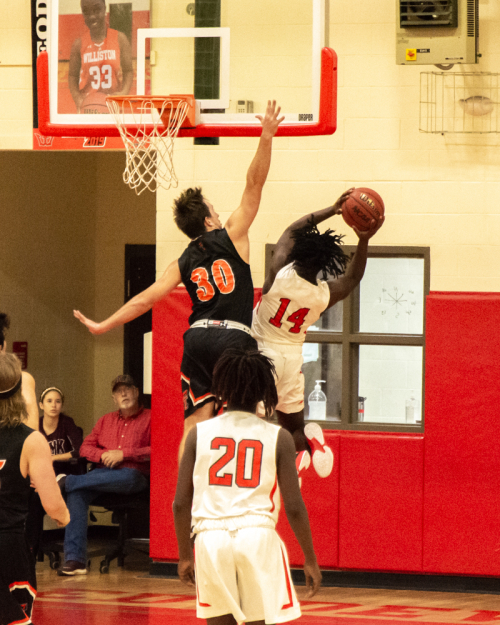 Amazingly, no foul called on this play.  He's WAY up there! 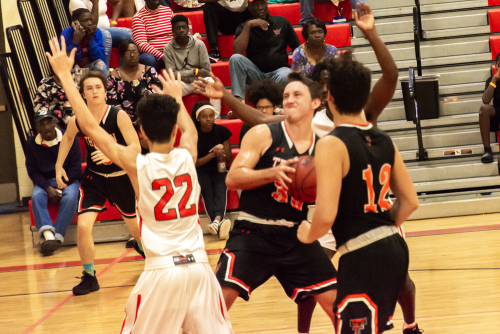 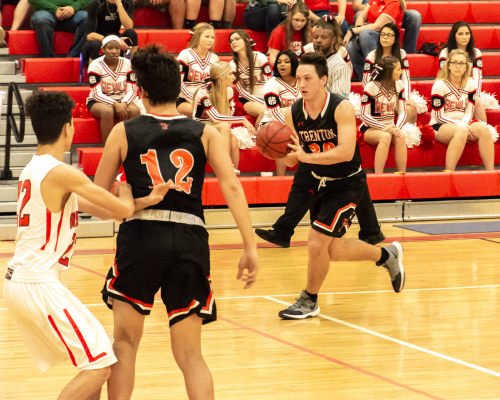 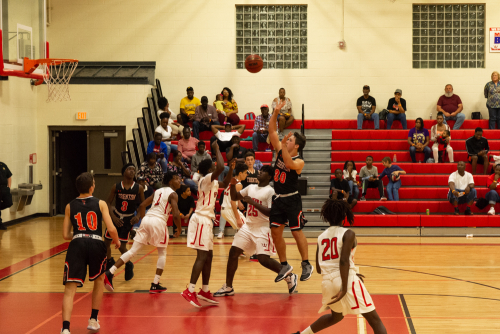 Of course, I never saw my Daddy play high school basketball.  But I've seen a few photos and I can only imagine he must've looked and moved and played a lot like Wyatt on the court.  Brute strength and oodles of heart. 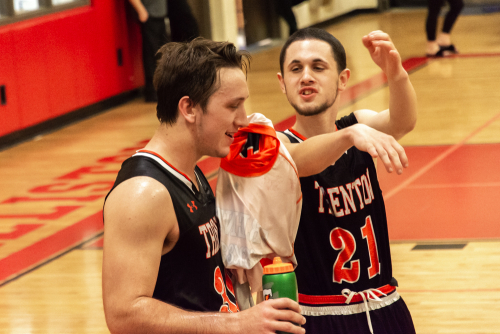 Maria says the coach plays Wyatt until he can't breathe any more.  That takes a lot...he's in fantastic shape!  And basketball is great for overall conditioning. 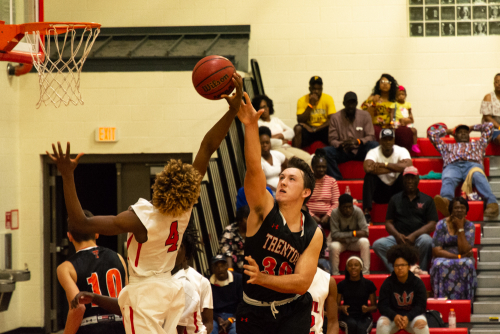 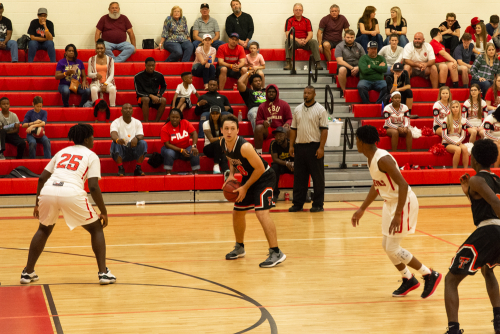 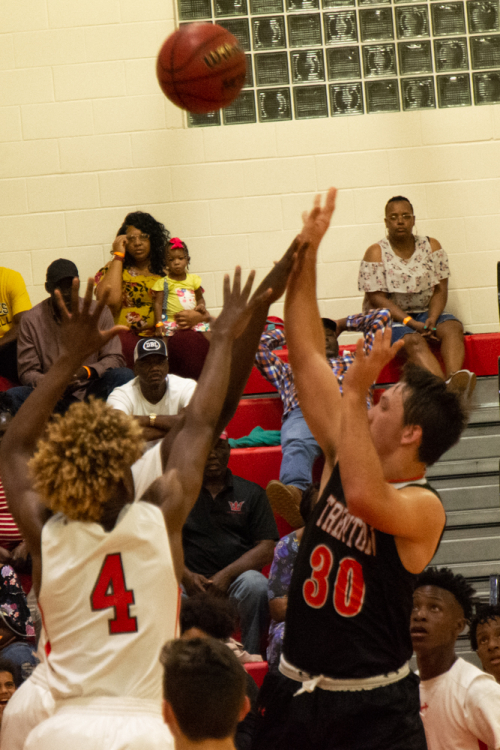 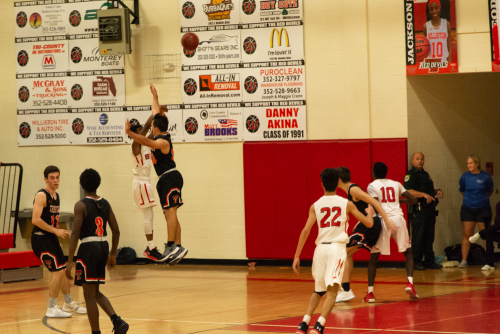 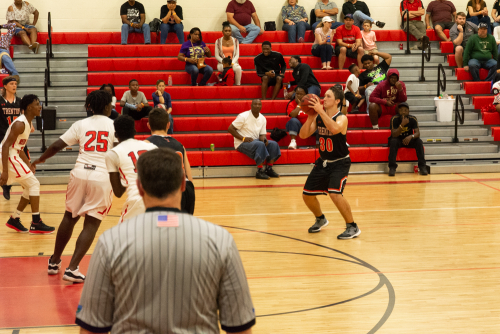 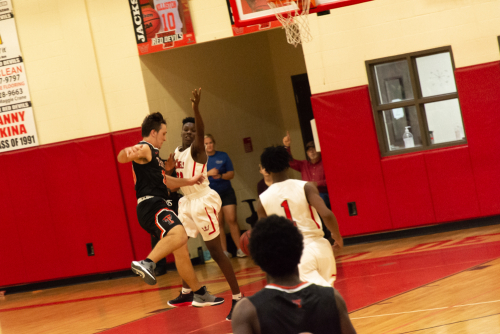 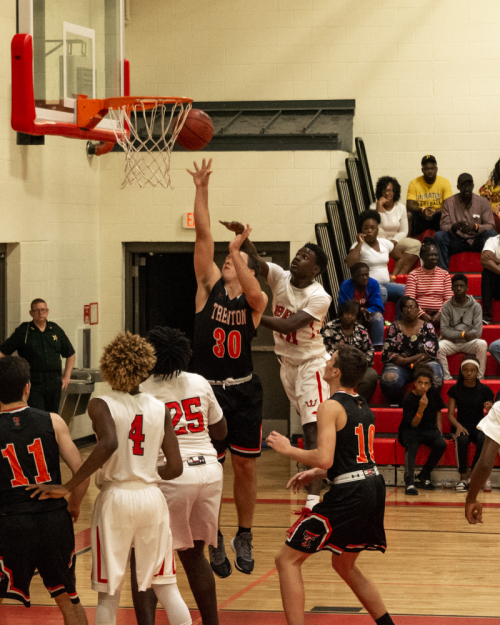 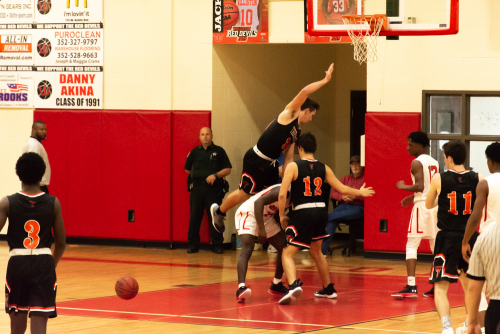 Wyatt's team lost in the state tourney this week, so his basketball career is over.  Plays like this make his mama very glad it's over...thankfully he incurred no injuries this season. 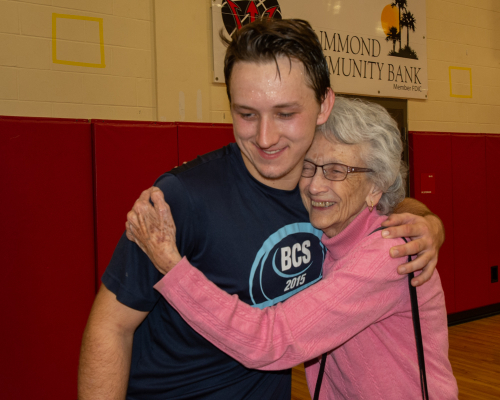 Proud Grandma with her sweaty grandson...  I'm so glad she got to see him play. 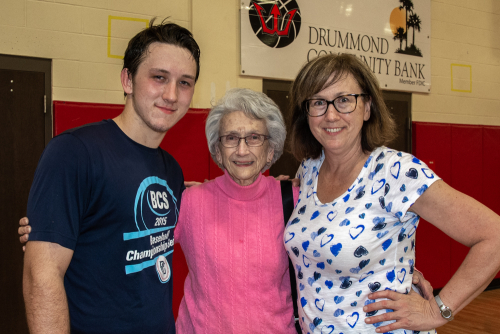 Of course, with the weather in Florida, baseball season is never really "over"...but now Wyatt can concentrate on HIS sport.

Trading a big ball for that little ball.