Home Archives Profile Portfolio
So Happy Together
5 Years of Sweet 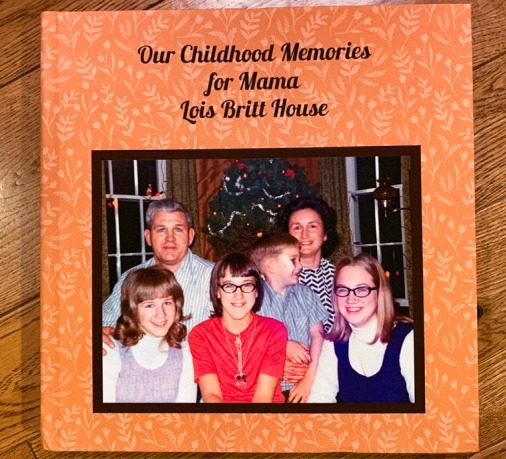 Mama didn't know that we had a surprise up our sleeves.

Back in October, Maria had the awesome idea to compile a memory journal as a Christmas gift for Mama.  All of us were on board, and Maria spear-headed the project, supplying us with 25 or so writing prompts about our childhood memories.  Each of the 4 of us wrote a paragraph about each prompt, and Maria (with the help of Barb) added some treasured photos and put them all together in a book.

Christmas rolled around, and the book wasn't quite finished.  Which turned out to be a very good thing since it gave us an excuse to all get together to present it to her for her 83rd birthday! 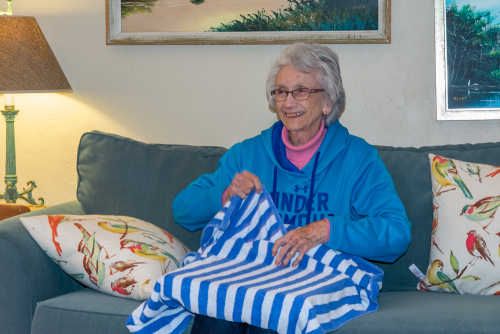 Mama, in general, does not like surprises.  She likes to know what's going on.

We told her we had a big surprise for her the evening before her birthday...the 4 of us were giddy with excitement, so much so that we had an impromptu "Ring Around the Rosie" dance around the kitchen table, which understandably made Mama extra-leary.  Mama was very skeptical.

We assured her that it was a GOOD surprise, and about 9 pm. (normally her bedtime) we sat her on the couch to make the presentation, wrapped in a beach towel from the river house. 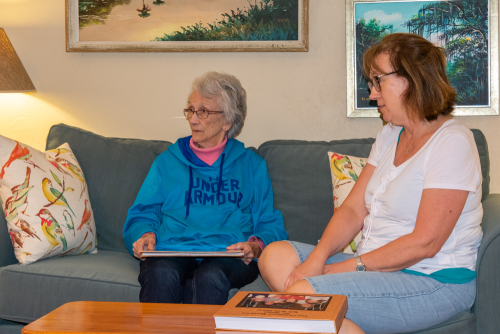 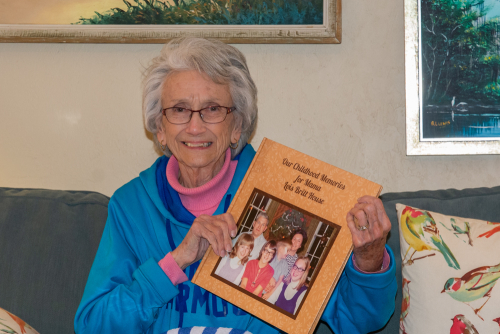 I'm not quite sure she realized yet exactly what she had in her hands.  But oh, what a treasure this book is for all of us! 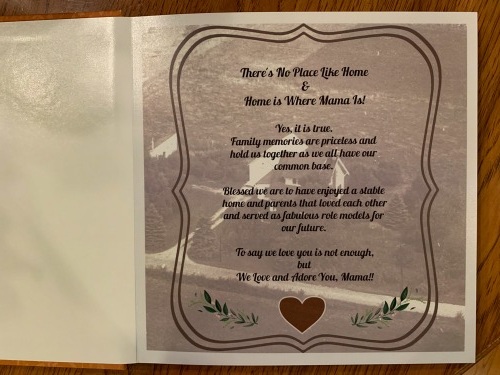 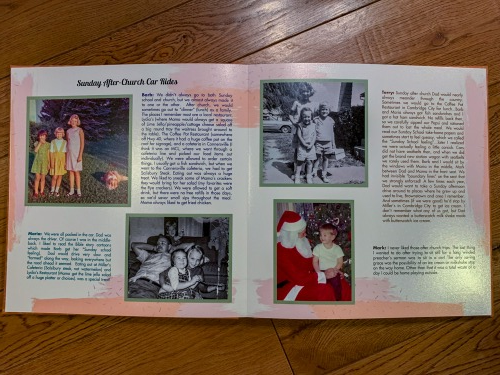 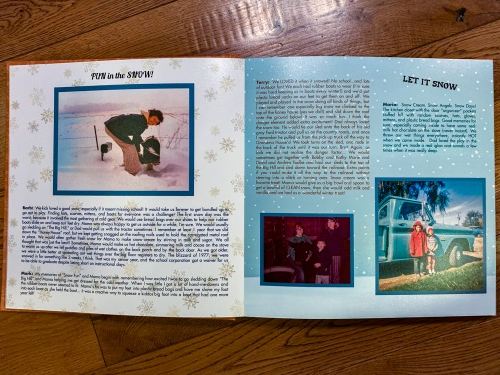 The pages of this book hold such precious memories to our family! 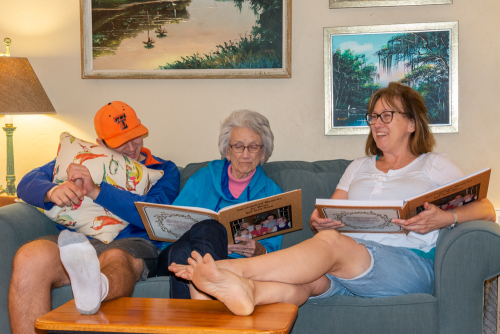 For the next 3 hours, we read excerpts from the book aloud, reliving the past 60+ years with Mama. 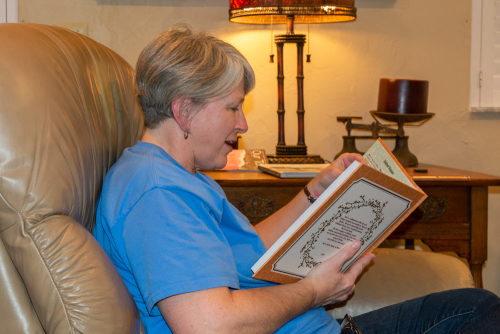 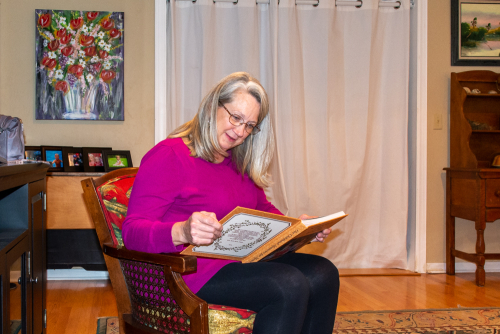 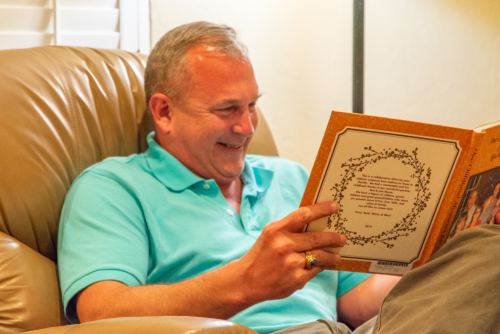 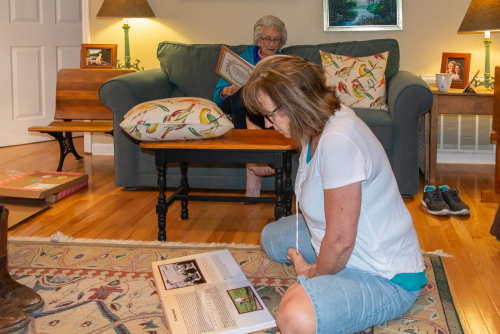 There was lots and LOTS of laughter, a few tender moments of tears, and much reminiscing about our wonderful childhood.  We each had slightly different perspectives, which added to the hilarity at times. 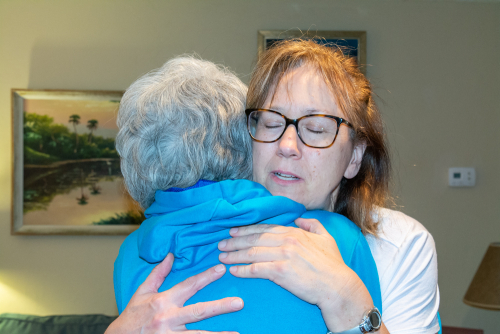 So much love shared that night...a memory we will all treasure in our hearts forever! 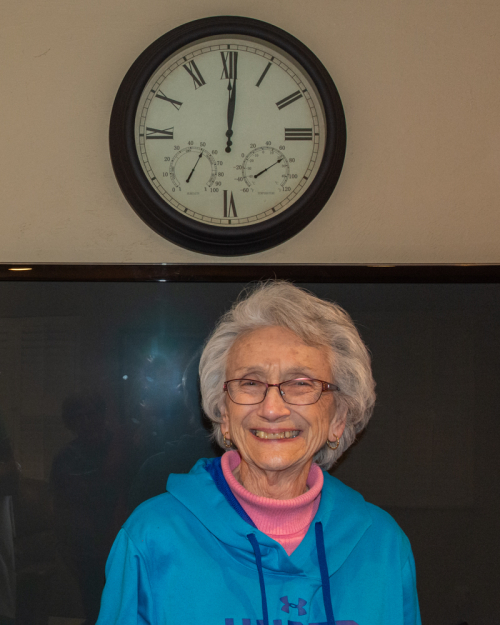 And amazingly, Mama STAYED AWAKE until MIDNIGHT!!!  She was officially 83!!! 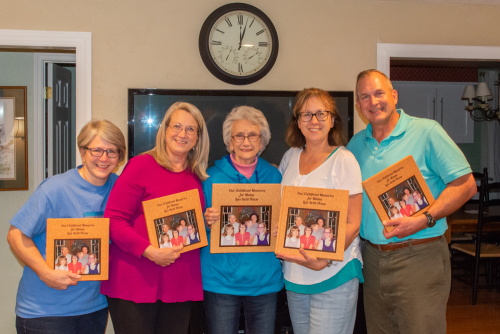 We were all tuckered out, both physically and emotionally, but Wyatt was sweet enough to snap our photo together.

And then it was way past time for all of us to hit the sack! 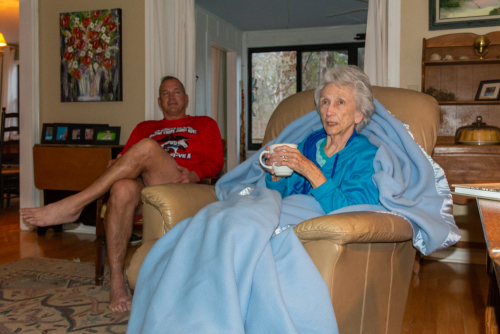 Early the next morning, Mama's birthday began with the queen in her throne as her subjects attended to her every need...#1 of which was COFFEE! 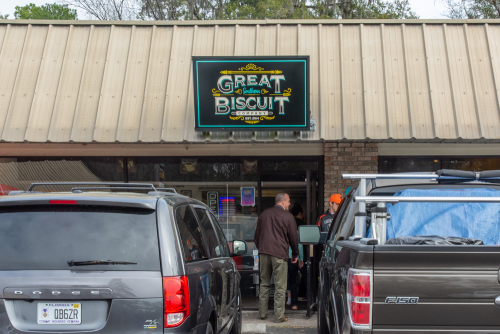 We headed out for breakfast at the Great Southern Biscuit Company.  How can we possibly go wrong with a name like that? 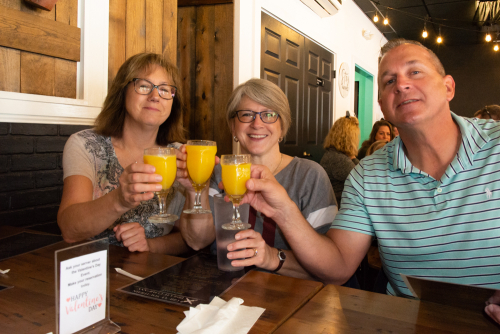 Sunday mornings they serve free mimosas, which Mark informed me was orange juice mixed with champagne (and he would know!).  I'd never had a mimosa before, but I have to say it was pretty tasty...and after all, it WAS Mama's birthday! 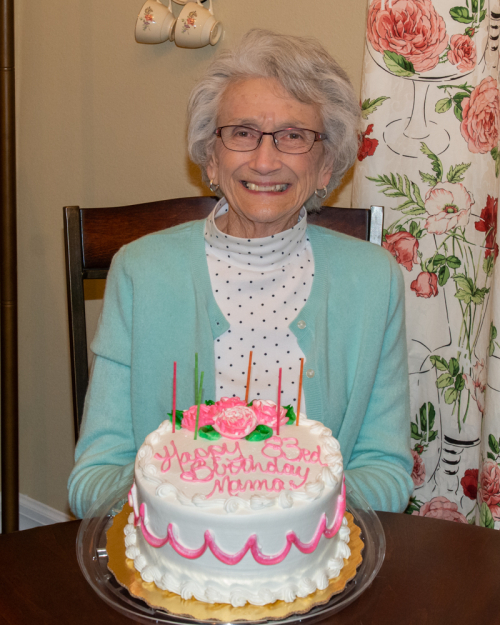 Then we had cake and ice cream at Maria's house before taking Mark to the airport. 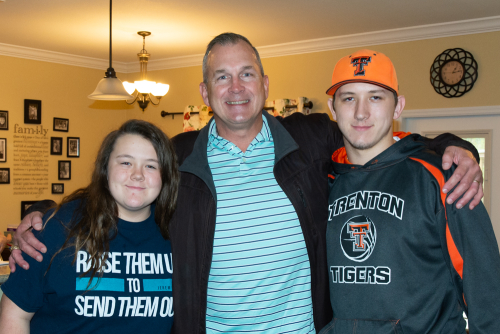 A quick photo of Seanna and Wyatt with Uncle Mark... 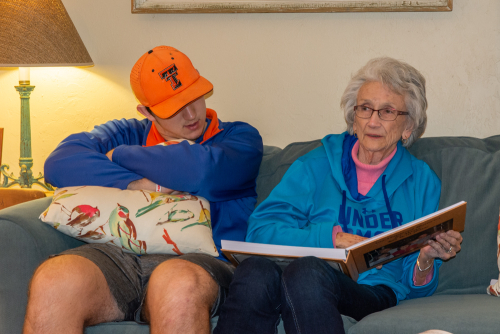 What a great birthday celebration!  And it all started with (if you don't count the "Ring Around the Rosie" episode, and we won't...)...

What a great project, Maria is a special person to come up with something like that ❤️. Beautiful family

It was a great project for all of us to work on. No collusion amongst siblings as we each wrote about our perspective of the prompt. It was often much more than a paragraph, and since we didn't know what everyone else wrote, it was a surprise for everyone! All of my sisters are clever writers... it was great! Mama really couldn't take it all in, but I am sure she will enjoy it when she can read without our distractions.
The pictures were awesome too! There were pictures I had never seen before... well done, Maria... well done!