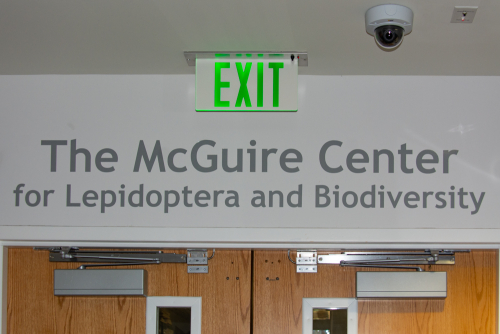 Here's your trivia tidbit for today:  What are lepidopterans?

Here's your hint:  I raised over 100 of them last summer.

Lepidopteran: any of a large order (Lepidoptera) of insects comprising the butterflies, moths, and skippers that as adults have four broad or lanceolate wings usually covered with minute overlapping and often brightly colored scales and that as larvae are caterpillars 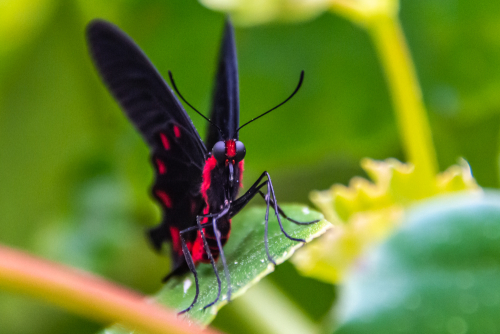 Yep!  Butterflies (and their moth cousins). 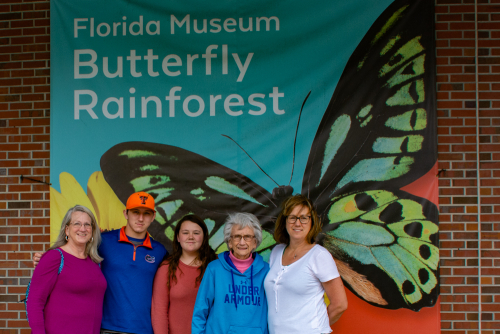 On our recent trip to Florida, we visited the University of Florida's Center for Lepidoptera Butterfly Rainforest. 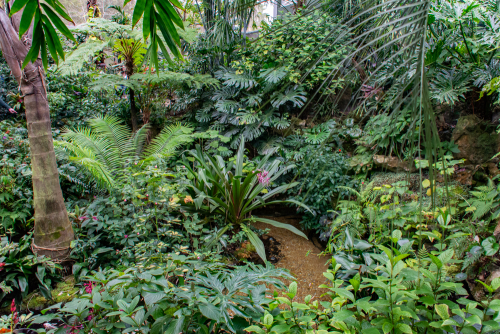 It's a lush, gorgeous tropical enclosure filled with fluttering beauties. 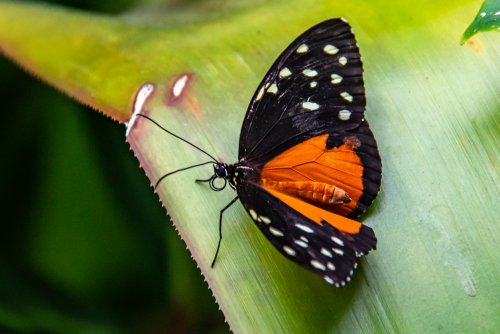 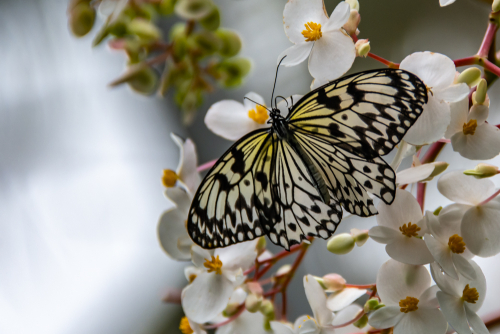 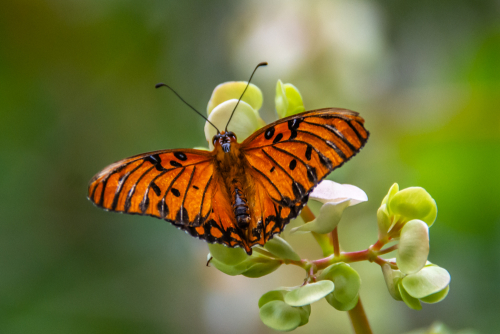 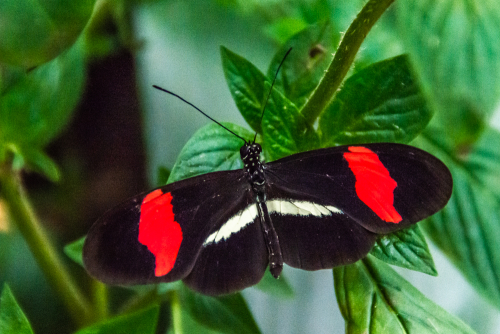 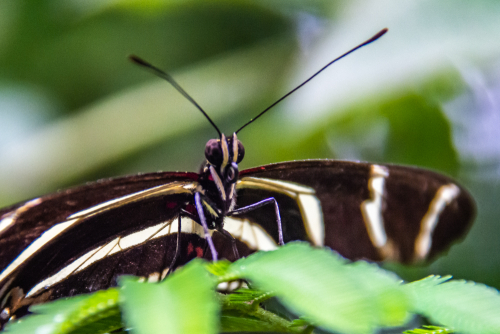 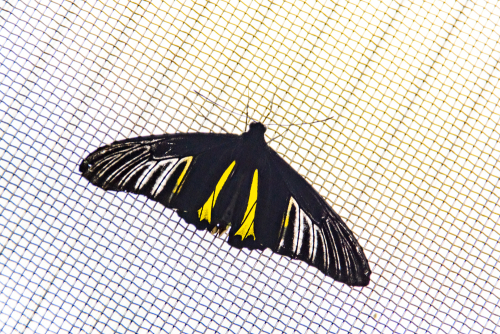 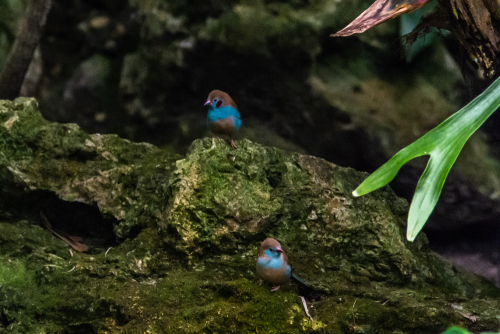 And a few cute little critters not of the order lepidoptera (use a word 3 times and it becomes yours!), like these beautiful red-cheeked cordon bleu birds that I've seen many times in East Africa. 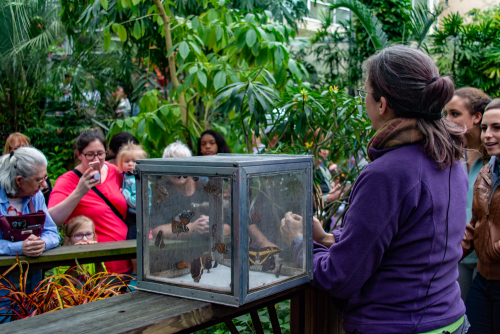 A lepidoptera expert from the Center was preparing to release a lot of newly-emerged lepidopterans into the exhibit. 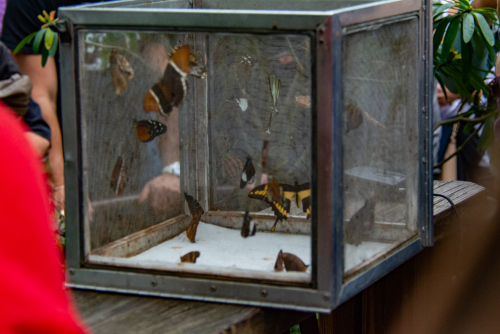 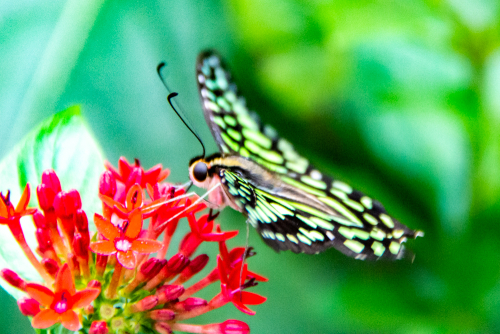 This one is a flutterer...I followed him around for a few minutes, hoping he might rest for a second.  But no... 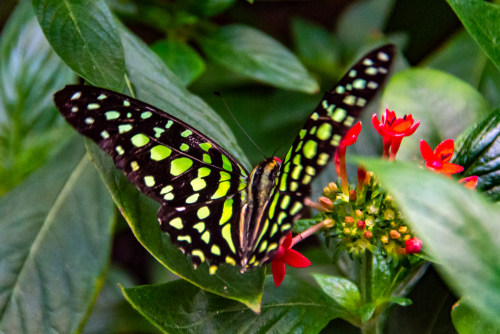 After many failed attempts, I finally got a halfway decent shot of its magnificent coloring.  Wow!  God is a creative Creator! 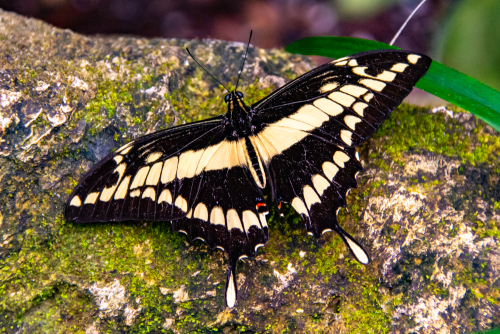 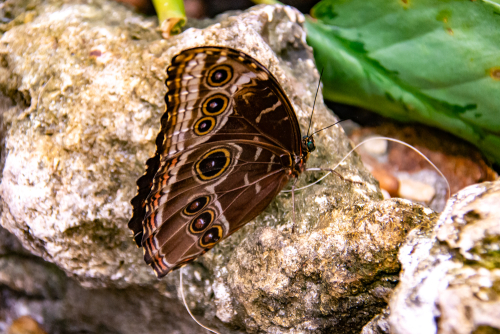 But my prize capture, photographically speaking, was this lovely lepidoptera.  I've seen its type in the Costa Rica rainforest and the Amazon jungle, and have dozens of out-of-focus attempts to capture its extraordinary beauty.

Not all that exciting with its wings together at rest...in fact, very difficult to even spot in the wild. 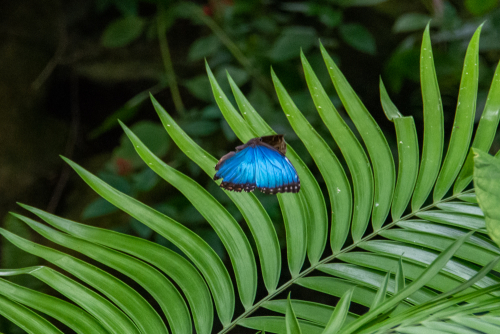 But when it's flying...incredible bright blue, and it's large (wingspan up to 8" across!) so its wings seem to be flapping in slow motion. 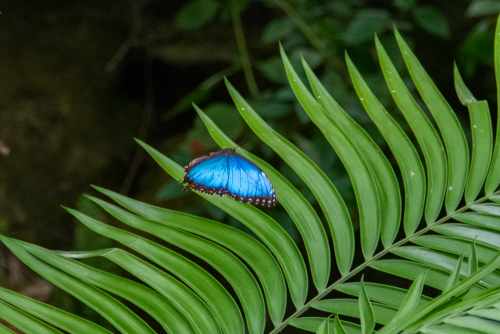 I was thrilled to get a sharp photo of a blue morpho in flight!

Yes, I guess I am a bit of a butterfly nerd. Makes me a little dizzy staring at this butterfly on the screen... 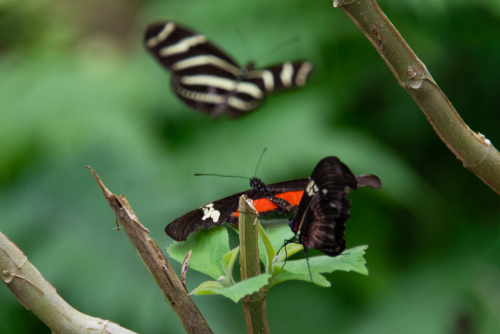 I could have spent a lot more time there, but we had a brother to pick up at the nearby airport.