Growing up, our Hagerstown High School mascot was the mighty Tigers.  My sisters, brother, and I were all Hagerstown Tiger athletes. 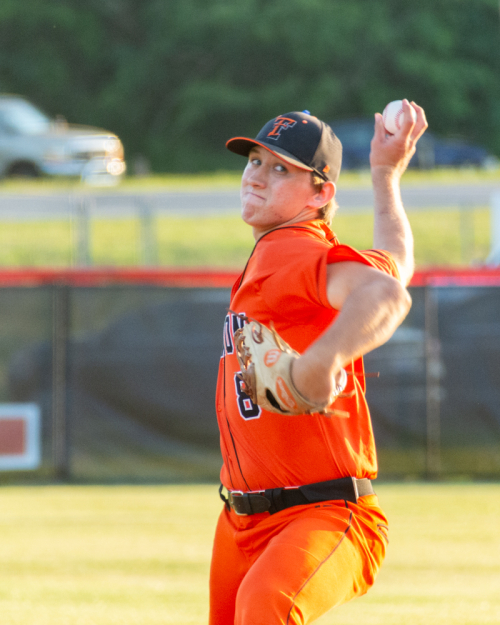 But these days, a new Tiger has stolen our loyalty...a Tiger not from Hoosier-land but from Gator country.

My nephew Wyatt, a sophomore at Trenton High School in Trenton, Florida. 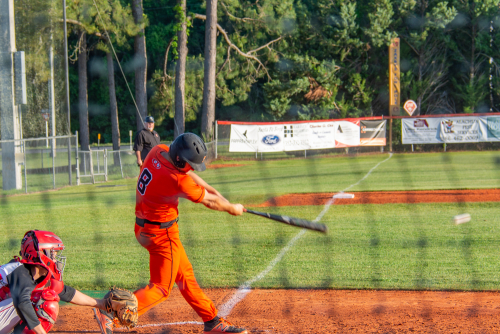 When Mama and I visited my sister and her children at their Fanning Springs home the end of April (yes, I'm behind posting about the trip...stayed tuned next week for more....), we were able to see #8 in action in the Tigers' final regular-season game of the year. 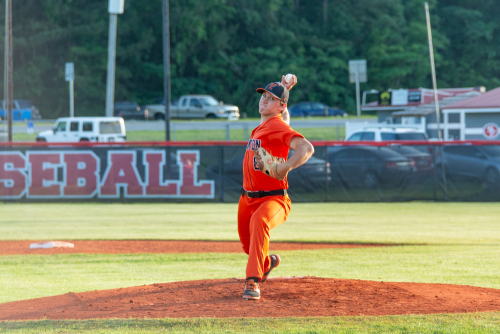 Wyatt has been playing varsity baseball for the Class 1A Trenton Tigers since he was in junior high school.

So good, in fact, that he's already accepted a verbal offer from the head coach for a full-ride scholarship to play baseball for the University of Florida Gators. 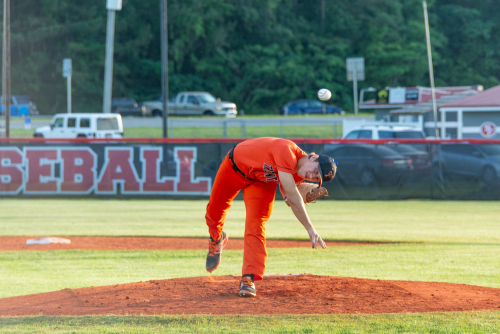 Normally, he is the team catcher, but for the game we watched he made one of his rare appearances as pitcher.  And did a mighty fine job at it too, I might add.... 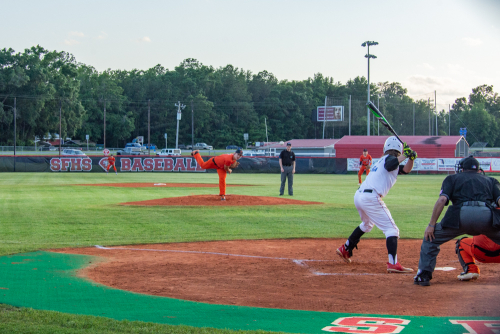 ...ending their regular season beating a Class 4A team 4-1. 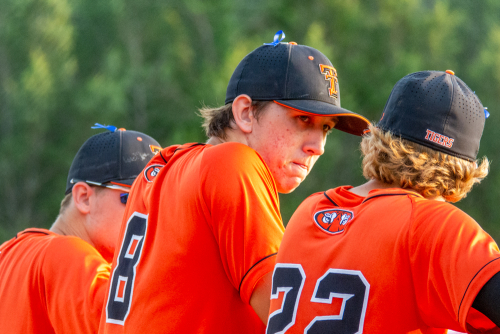 And today, this very morning, after winning their way through the Florida high school state baseball tournament brackets the past few weeks, Wyatt and his Trenton Tiger teammates are one of the final 4 Class 1A teams playing for their second state championship in a row. 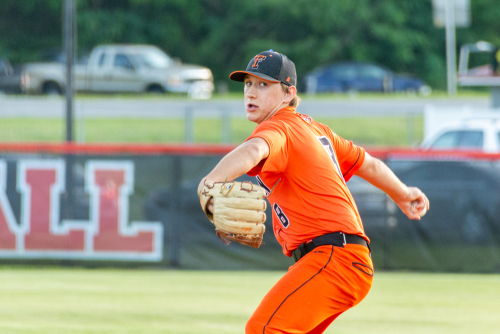 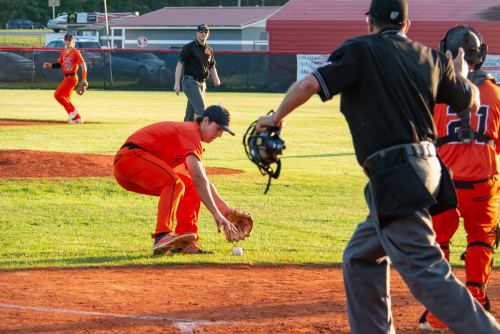 Since Aunt Terry rarely gets to see Wyatt play in person, of course I had to take a boat-load of photos of his game. 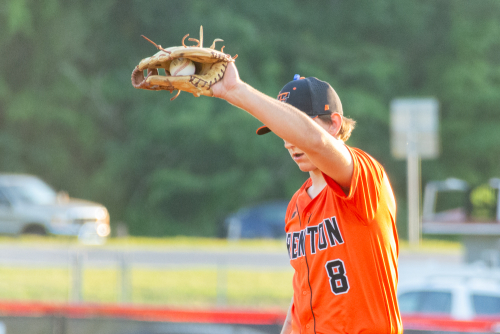 Are his hands too big or his glove too small??  That must be how he likes it...what do I know?! 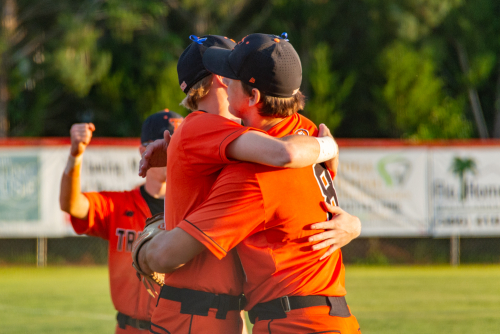 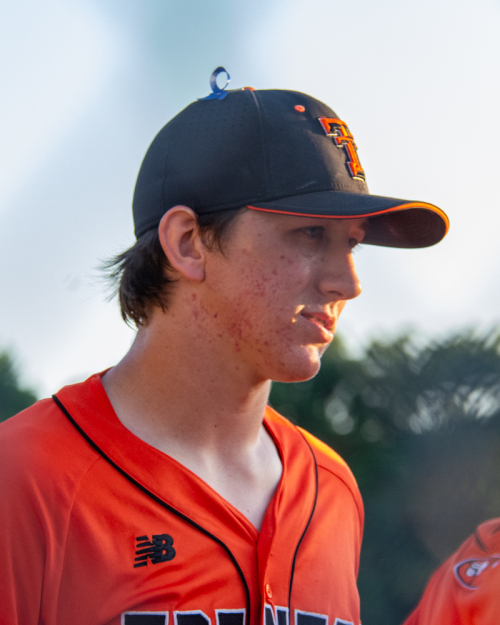 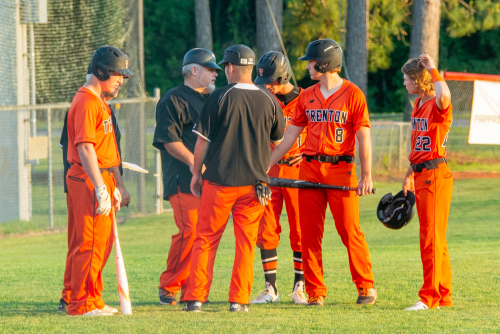 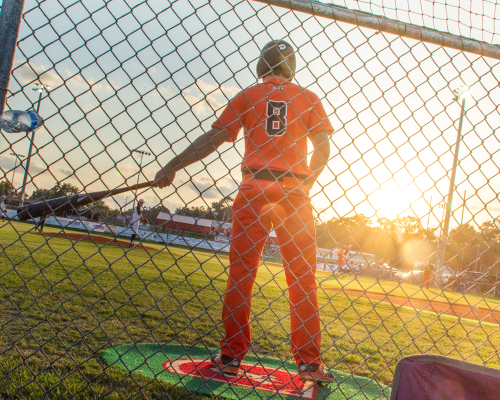 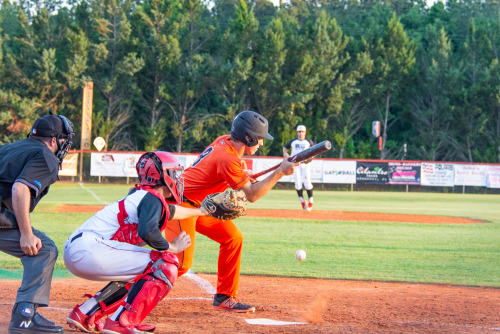 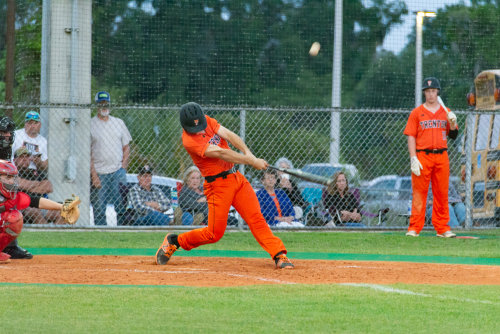 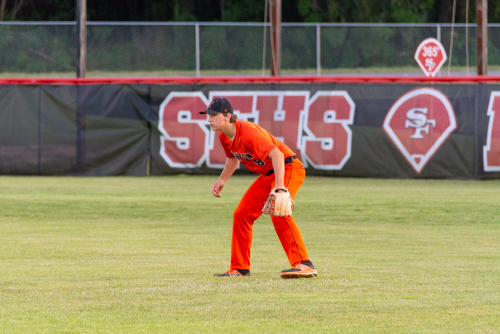 Wyatt pitched 5 great innings of baseball, allowing only a hit or two.  But what impressed me most about him was his attitude and leadership.

After he was finished pitching, the coaches put him in right field for the final 2 innings.

Right field.  You know, the place the weakest players on the team are usually delegated.  At only a sophomore, Wyatt is arguably one of the strongest if not THE best player on his team, and here he was, with his out-of-state grandma and aunt watching, told to play right field.  He wasn't ashamed or embarrassed, and he didn't cop an attitude. 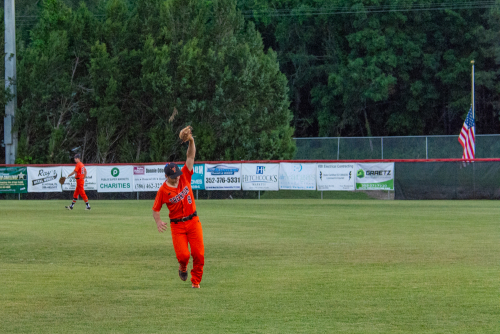 Exactly the opposite!  He ran onto the field and was just as engaged in each pitch as anyone else, encouraging his teammates and backing up every single throw to first base. 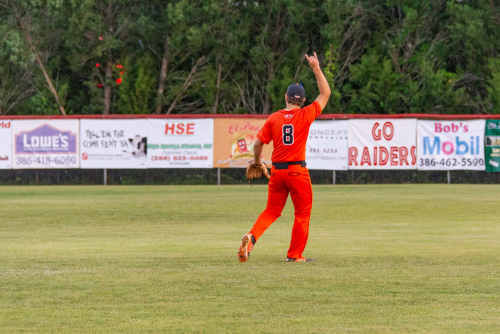 Wyatt is a quiet fella most of the time, but on the baseball field his leadership qualities shone! 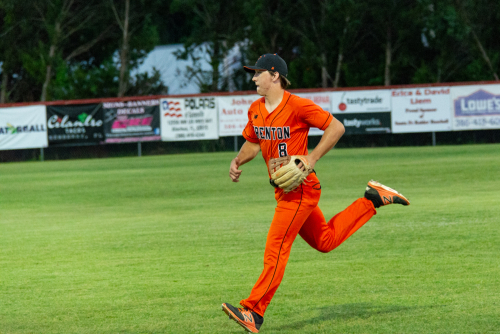 Hats off to my sister Maria!  She has raised a fine young man, and I am proud to be his aunt! 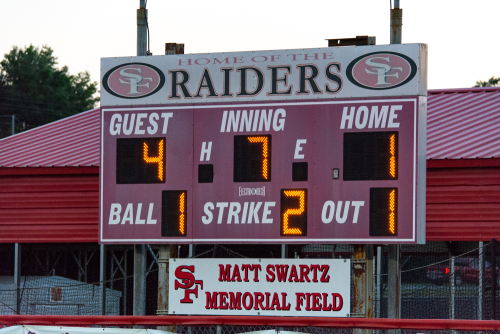 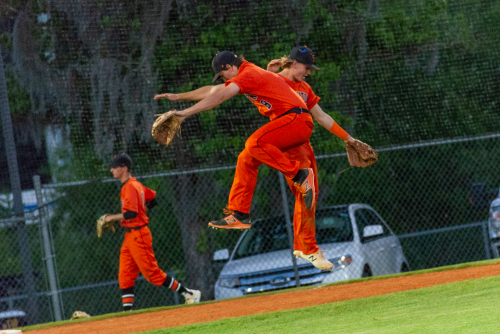 Think they are just a little bit excited to win this game?! 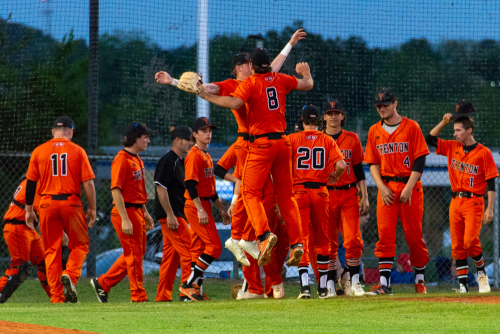 I sure hope these boys get to do some chest-bumping this weekend!  Hoping to see them bring another state championship back to Trenton High School! And...a reality check in case I've led you to believe Wyatt's some kind of super-hero...his dirty uniform later that evening, in a stinky heap on the floor waiting for his momma to wash it, just like every other teenage boy I've ever known. 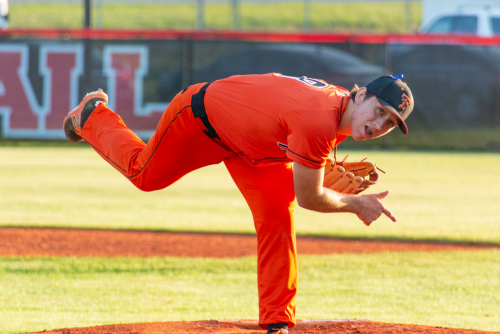 He really is a great kid with a bright future ahead of him!

It is good to feel more acquainted with Maria's family! Good luck to Wyatt, hope his dreams come true!

We had a great visit!
Yes it is a fun time in his life:)
Thanks for not mentioning that I had game time wrong & we missed a few innings 😨
Loved the reality photo of laundry!
You amaze me with your perspective:)
I’ll keep you posted on game events this weekend)
(Cannot sign letter of intent until a sr, but he accepted verbal offer from UF Head Coach)