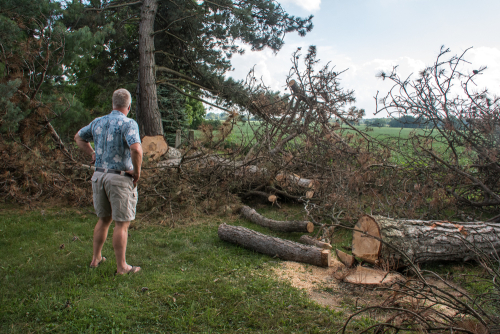 No, this is not a post about Kim's snoring.

Although there are times when he could win a competition with a chainsaw.

(Actually, he rarely snores any more...we discovered a nearly miraculous device that's helped tremendously, but that's another post for another day...)........ 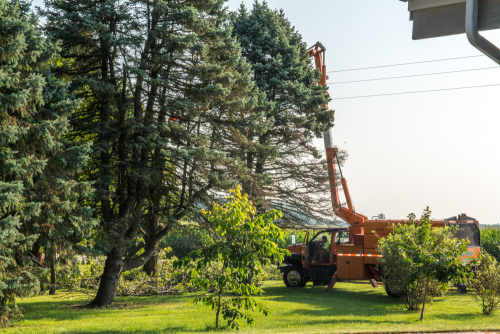 Back in August, Kim hired a tree service to cut down 7 dead or dying trees on the Gray compound. 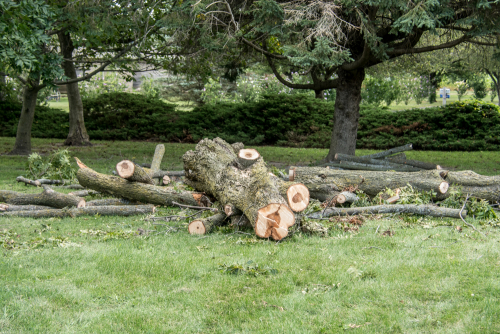 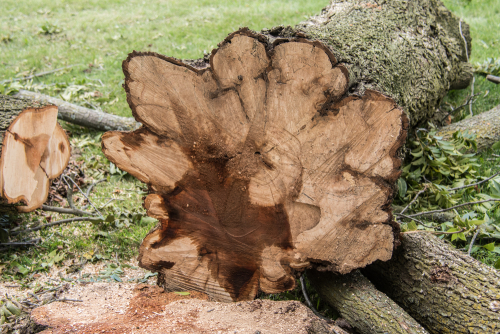 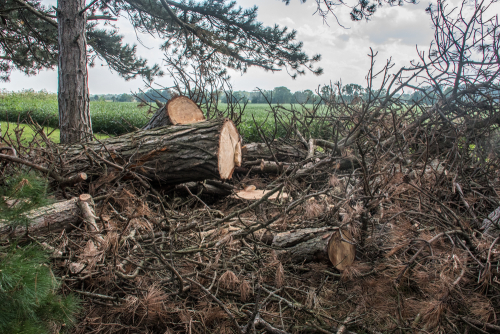 Made quite a mess!  And Kim's hours of clean-up has created quite a massive burn pile just waiting for our fire-obsessed grandson Abram to come help him burn it. 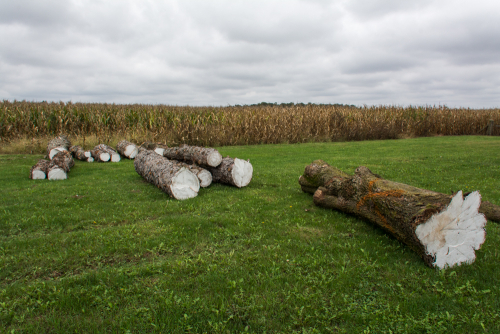 But he kept the big logs and decided to have them sawed into boards.

Lumber which I doubt we will ever use, but that's another point, yet another that fell on deaf ears... 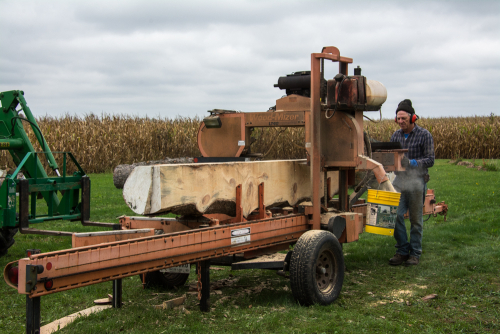 And so Kim somehow found a man we'll call Mark (because that's his name...) with a portable sawmill to come slice up our trees. 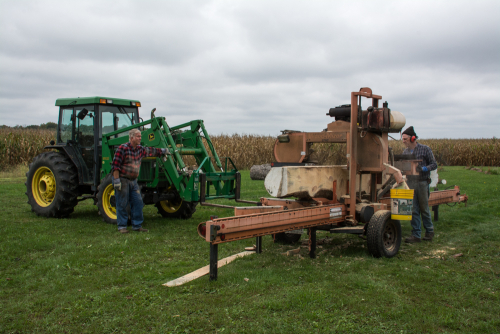 Mark brought his equipment and set up a sawmill in our back lot for a few days. 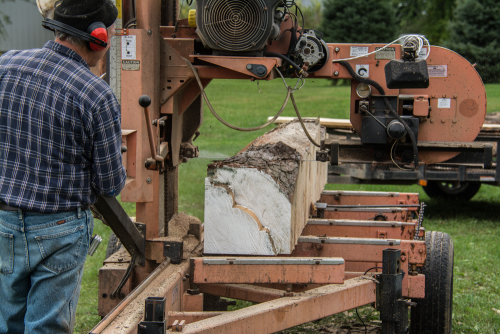 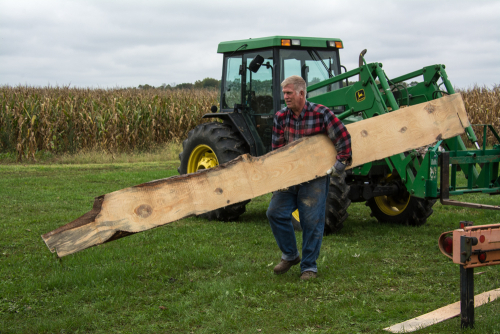 Let me tell you, he slept very well that week.  He was one tired puppy each night.  That's hard work! 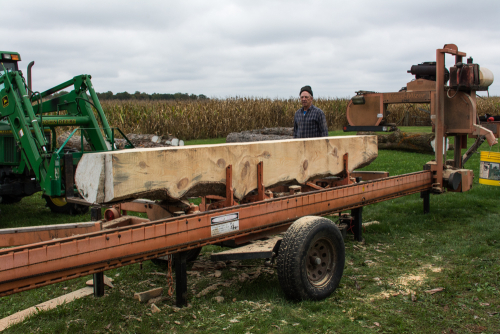 As you can see, the boards are not like those you'd buy at Lowes or Menards.  They aren't perfectly squared up...we wanted him to leave the bark and the wonky sides.

And if you've ever been in our cabin, you'll see we've got several pieces of wonky furniture made out of boards like these.

So now we've got a huge stack of wonky boards drying and curing for some unknown and unforeseen future projects. 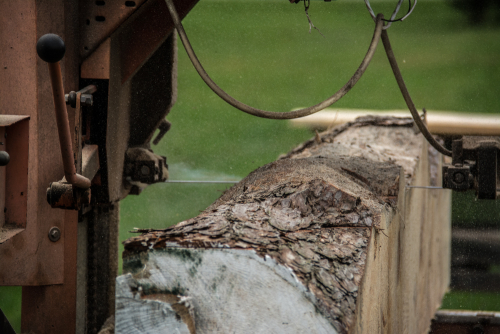 The amazing smell of freshly-cut wood!  I have been known to stop in Menards and just browse through the lumber section, just to fill my nose with that delicious aroma.

I admit to being a little weird wonky myself sometimes...

But I think it's in my blood.  My Grandpa Britt was a sawmill man by trade, running sawmills across North Carolina his whole life. I have fond memories of the few times as a little girl that I got to watch him doing his sawyer thing.  And I am grateful to have a short film clip of Grandpa Britt working, which I am putting at the very end of this post since I discovered that videos in blog posts can make the spacing wonky.

I am the 5-year-old blond girl at the end of the clip, hanging around with my 5-year-old uncle Jeff and Dad holding my baby sister Maria. All of us watching Grandpa.

Very cool - so neat you got to save the wood from that large old pine on your property. I am sure someday there will be a beautiful piece of furniture made to have stories told for many years. :)