For the Love of a Small Community I remember Ryan Lohrey as one of my son Kamaron's fellow senior classmates on the 2004 Raider championship football team. (Kamaron was #1, and his friend Ryan was the bald guy kneeling in front of him.) 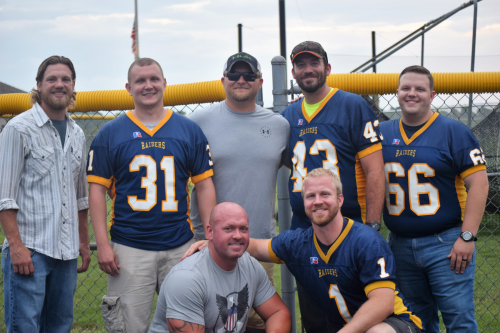 Last night some of those same boys young men met together again, by the same football field that they last played on 13 years ago.  (They certainly fill out their jerseys a little more since then....).  This time it was to say good-bye to a teammate and, more importantly, a friend. 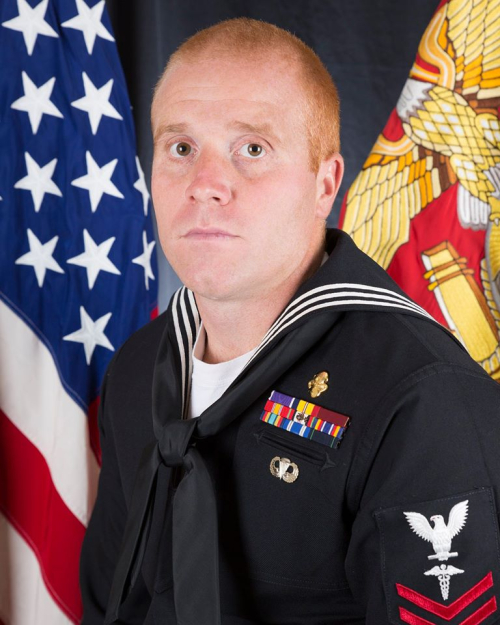 On July 10, Ryan was one of 16 military personnel tragically killed when their plane crashed into a field in Mississippi. 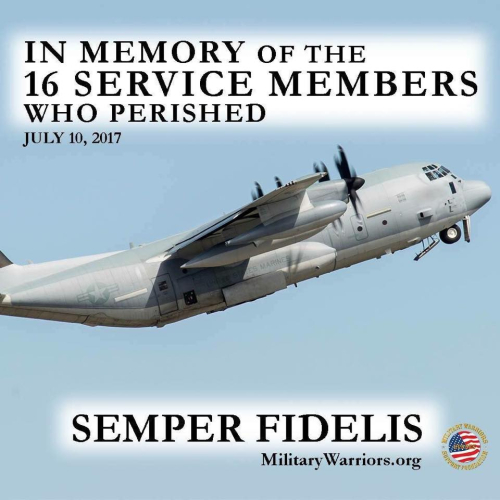 It was a crash heard around the nation, but it especially hit hard in our little community, Ryan's hometown.

The crazy thing is, Ryan had served two tours of duty in heavy combat zones overseas and survived.  Only to lose his life in a tragic, freak accident on US soil. 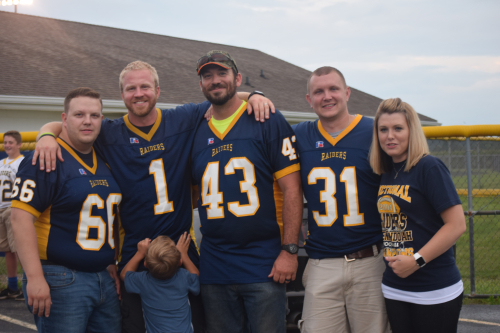 This group of boys had something special...you don't win championships without that special bond. Ryan would've been proud to see them back together again.

When I think of Ryan, I think of his smile.  He always had a huge smile for everyone, a kid that enjoyed life and lived it with gusto. 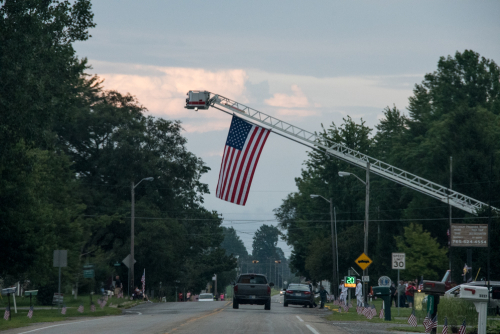 Our own American hero. Throughout the community, thousands of flags lined highways and streets, driveways and parking lots...everywhere you can imagine.

A small community in the middle of nowhere USA, grieving the loss of one of their own. 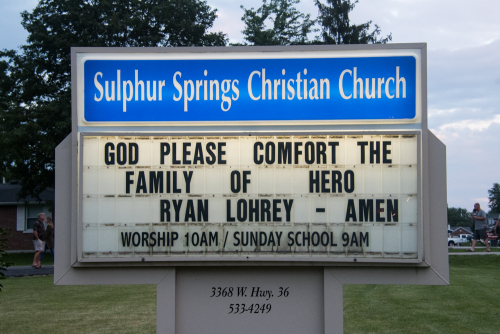 And loving on his family and friends in ways that big-city folks cannot even comprehend.

Kim and I joined many from our church family and community at our church to welcome Ryan home. 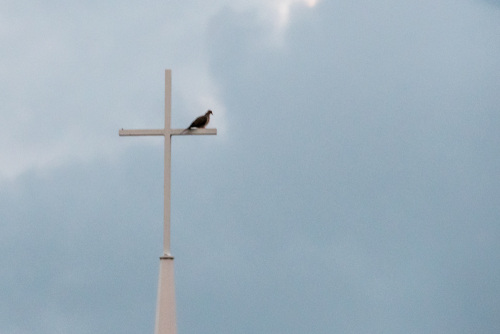 Perhaps this was just a dove that happened to be sitting on our church cross.  Or perhaps, since I don't believe in coincidences, this dove was much more... 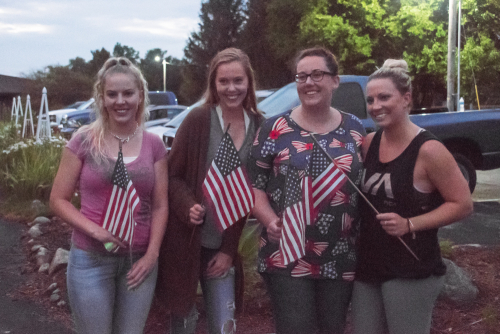 Family and friends gathered to show their respects to our fallen American hero... 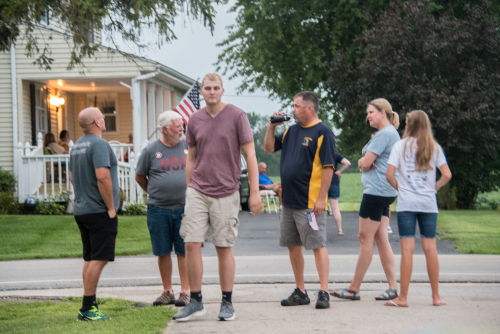 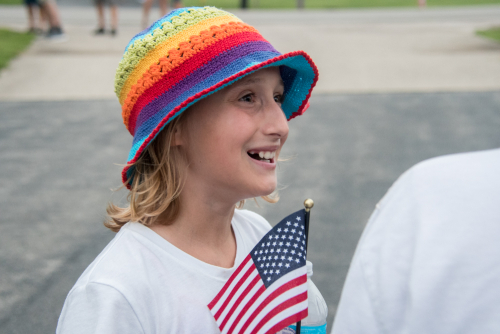 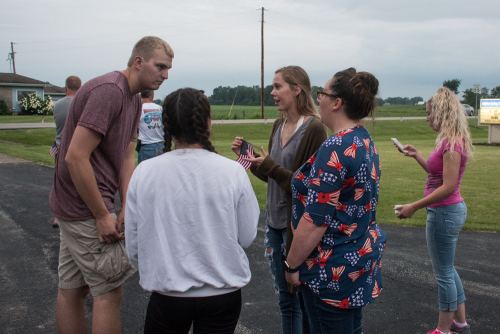 In a small community like ours, everybody is connected.  If you aren't related, you are good friends with someone who is. 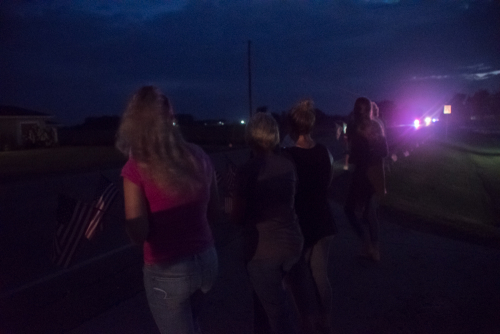 The airplane carrying Ryan's body home was late arriving in Indianapolis, so by the time the procession went past our church it was dark. The photos are not great, but the humbling feeling of respect and gratitude hung in the quiet country air as the motorcade passed by. 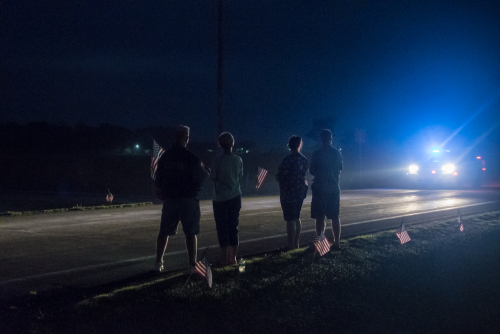 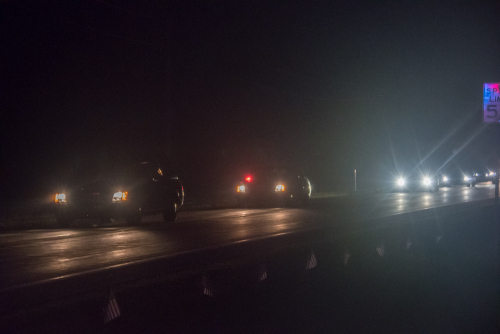 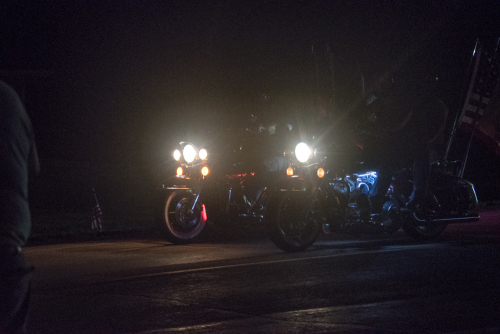 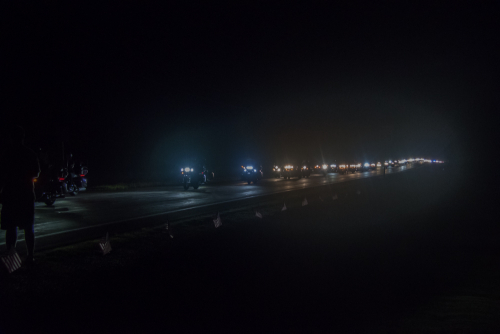 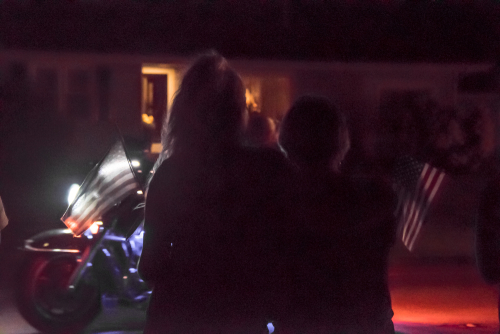 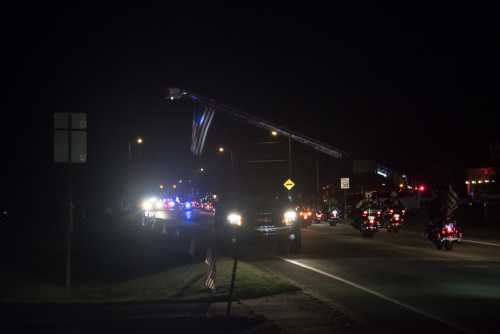 I wouldn't trade all of the big-city perks and amenities in the world...

...for the love of a small community.

Lovely tribute. Love my lil town. We have been through so much in the past few years, but everyone is here to pick people up. God Bless these lil towns around here.