Our four October kitties were born at a tough time of year, but they sure have brought Kim and me a lot of enjoyment watching them this winter. 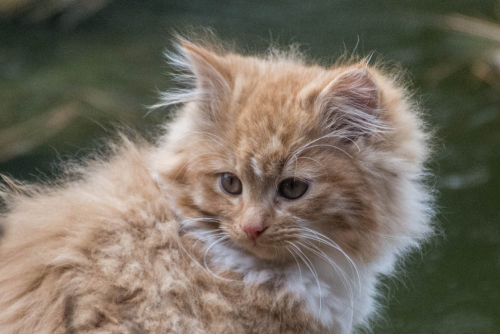 Although this sweet little fuzzball, Penuche, has had a rough time of it. 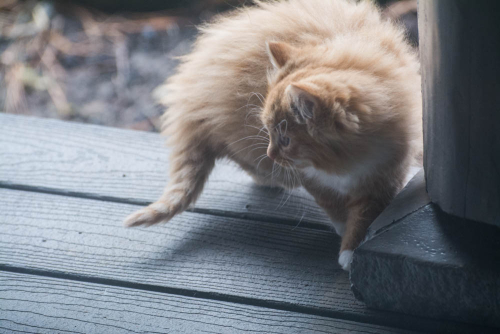 Somehow she lost her back right paw.  It was bleeding one day...we suspect that something (maybe a fox or coyote or tomcat) grabbed its paw and severely injured it. 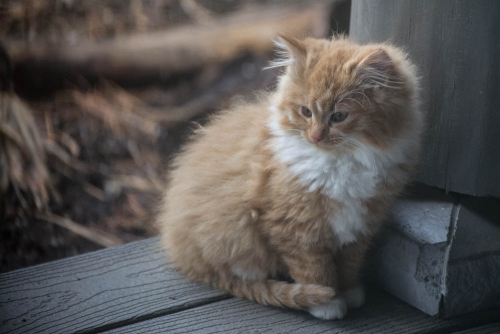 Anyway, Penuche now only has three paws but seems to be getting around okay.  She's not as fast and rambunctious as the other three, and we don't see her playing around much. 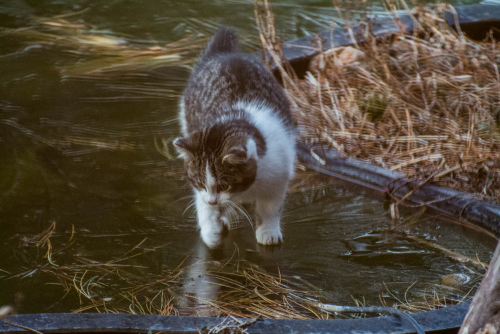 But her siblings hang out around the pond a lot, and I watch them from my kitchen window. Bonbon... ...and Caramel were quite amusing,... 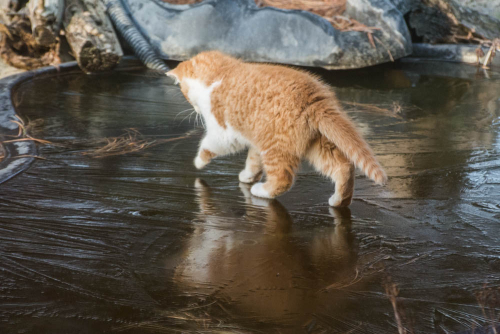 ...as they skated around the ice, not quite sure what it was all about. 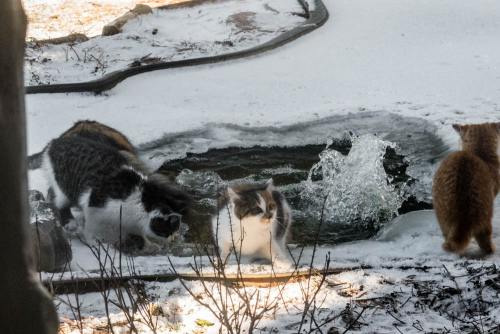 Then earlier this week, Snickers joined Mama, Bonbon, and Caramel... 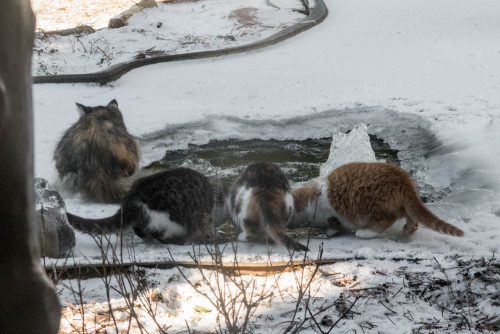 ...wetting their whiskers for a drink from the frozen pond. 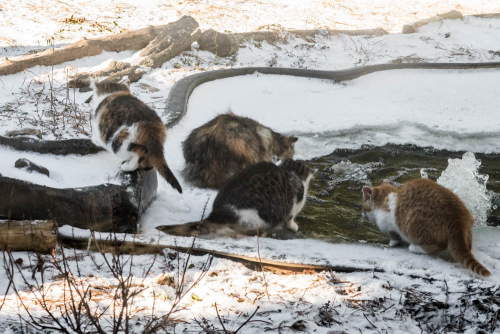 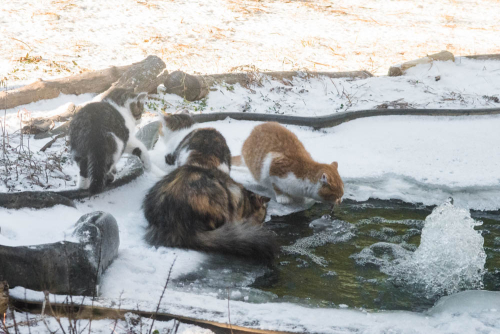 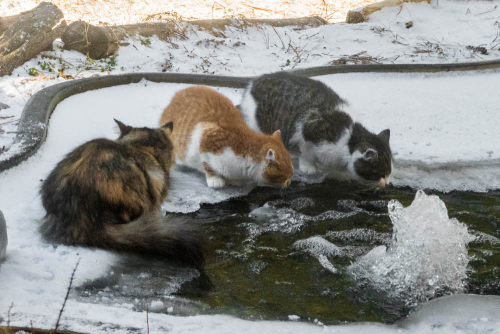 Snickers is the shy sibling and hides a lot.

I can't believe how big they're getting!  At 3 months old, almost as big as Mama Cat. 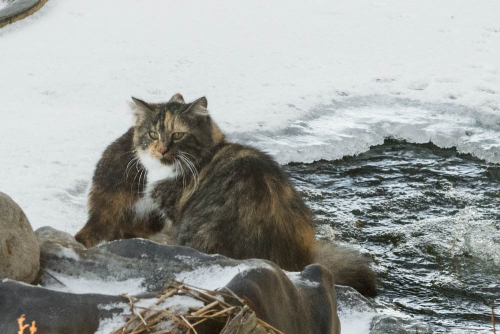 Mama's mostly a lot of fluff like her little lame Penuche. 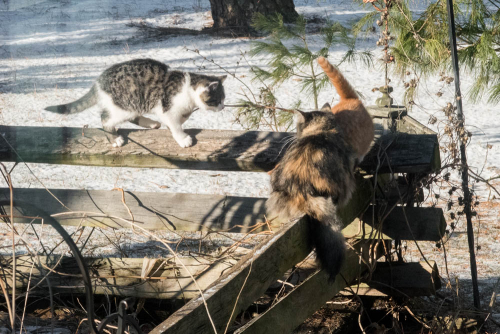 After an ice cold drink, a little basking in the sunshine... 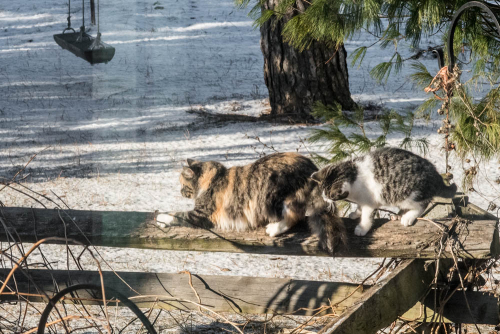 ...and sharpening of the claws.

Yep, life is pretty dull exciting around the cabin.

All it takes to entertain a couple of old folks in this cold, dreary season...

I remember when we kept your kittens that summer you went to CA!! They were so cute to have and wait everyday.

The one looks like out Kisses and the other one our Ashes....fun times in the country .