Through A Child's Eyes 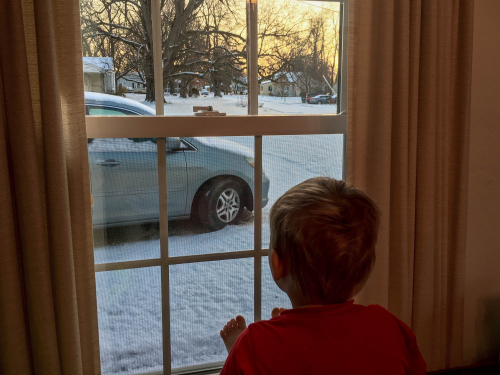 When I got Krew out of bed last Friday morning, I told him God had a big surprise to show him outside. 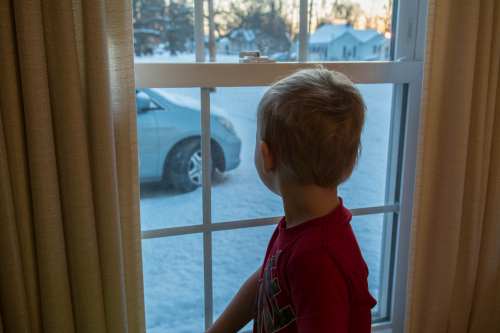 He could hardly wait to get to a window and see, and the expression on his little 2 1/2-year-old face was priceless.

The first snowfall of the season.  While he had been sleeping, God had floated pure white fluffy snow everywhere! Even though we did have snow last winter, he doesn't remember it.  A year ago is FOREVER in a 2-year-old's life. 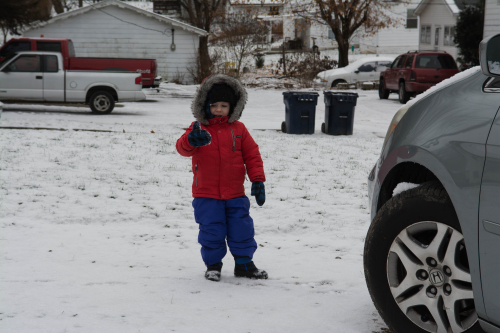 He was so eager to get out in it, but we managed to put him off until afternoon. I had bought him some snowbibs for Christmas that I hadn't yet wrapped up, so I brought them back to the house to give to him early.  Anique had a hat and gloves bought for him that she was saving too, but she also gave to him early.

I mean, really, why save it?! Today was THE DAY! 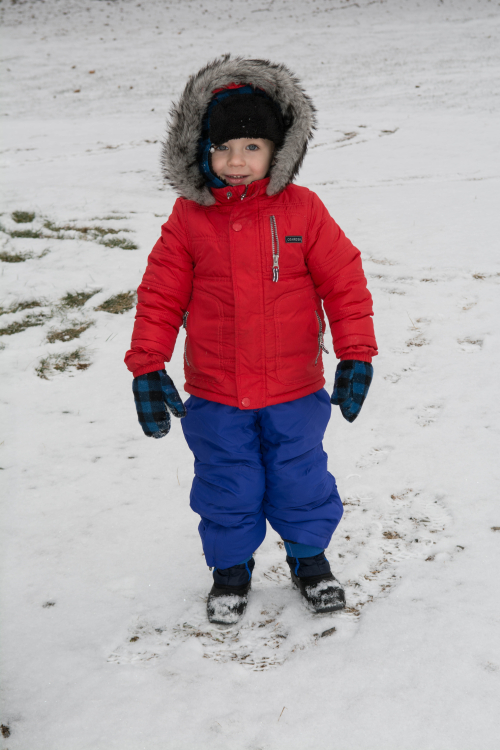 I'm so GLAD we did!  He called himself "Frosty" all morning!

It was a Christmas gift to this old grandma, getting to experience once again the excitement of that first snow...