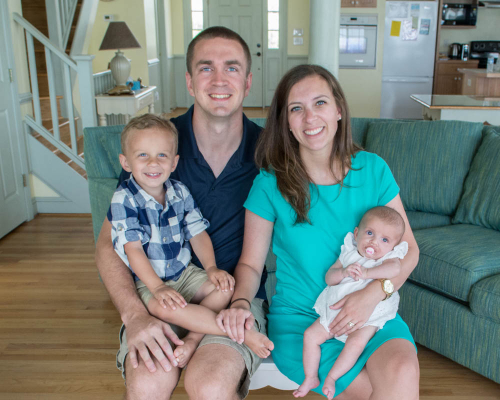 My youngest son Kyler and his family are relocating...from Cincinnati (a 2-hour drive for me) to South Carolina (9 hours drive time). 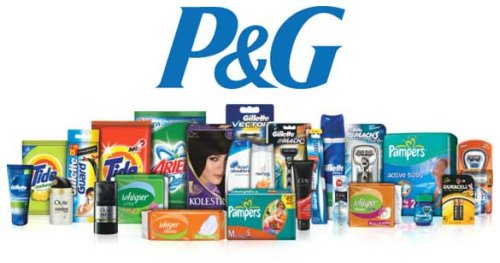 On one hand, I'm THRILLED for Kyler as he has received a well-deserved and hard-earned promotion from Procter & Gamble.

He's been a financial analyst for the Tide laundry detergents division, and now he's moving into a new role (his mama isn't exactly sure what it actually is!) working with P&G products in Family Dollar stores which are headquartered in Charlotte, NC.

On the other hand, I'm selfishly SAD to see them move so far away.... 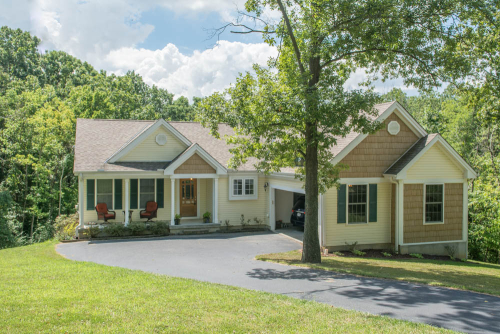 Four years ago, Kyler and Kara moved into this charming home just outside of Cincinnati (corporate headquarters for P&G).  Through those front doors they carried newborn Abram in 2014 and, just this April, newborn Lucy.

I've made many 2-hour trips to see them...with Kim, with Kara's mom Peggy, and by myself.  Lots of wonderful memories in this house... 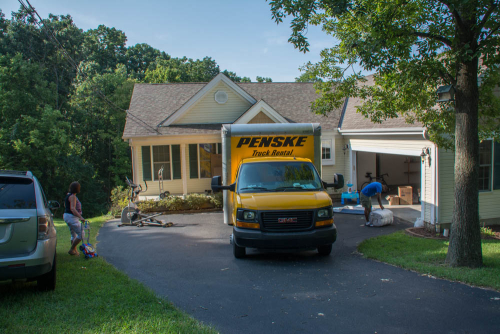 Last week when Peggy and I arrived, the moving truck was there... 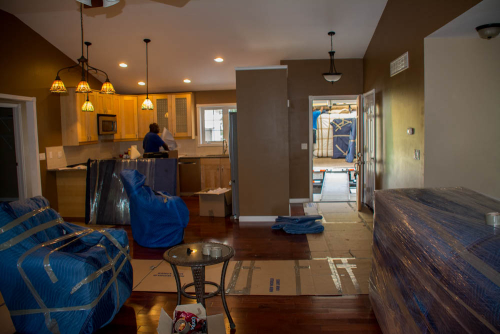 ...and the movers were just loading up the final pieces of furniture. 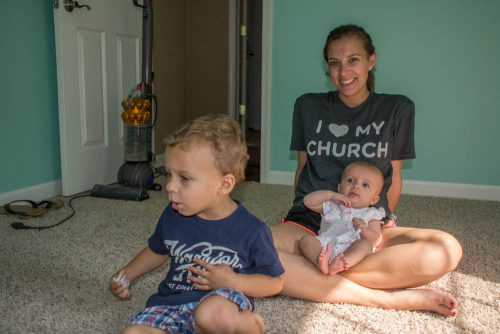 Kyler had gone to work that morning, and Kara and the children were trying to stay out of the movers' way and hanging around in an empty bedroom. 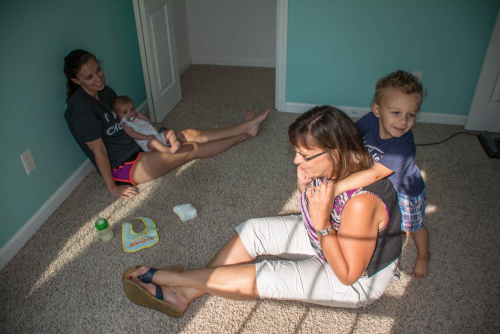 Peggy and I helped entertain Abram for a little while. 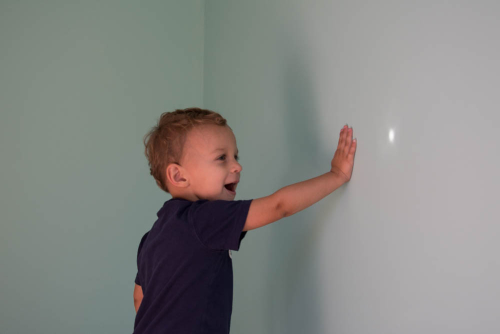 He loved chasing the circle of light around the wall, a reflection off Peggy's watch. 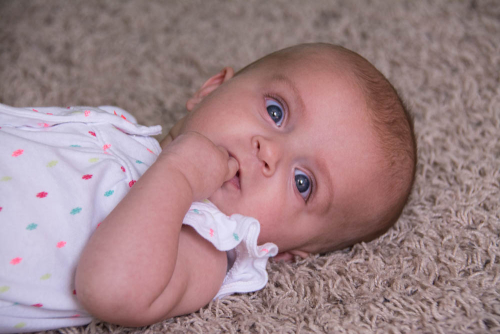 Our sweet baby Lucy, now 4 months old, was her usual precious little self! 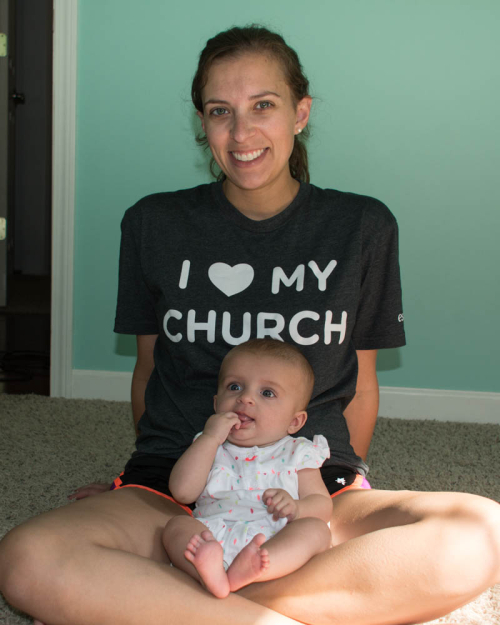 And Kara, bless her heart, was calm and collected despite a very crazy few weeks and realizing that when she walked out that door in a few moments their family would be officially "homeless."

Yes, without a home to call their own...for a few weeks.

Back in July, they listed their home with a realtor just as they left to drive south to find a home in the Charlotte area.  Their Cincinnati home sold less than 24 hours after it was listed, and they found a wonderful home to purchase just across the South Carolina border.  We couldn't believe how quickly and seamlessly everything was falling into place...it seemed too good to be true!

It was.  They had already closed on the sale of the Cincinnati house and were ready to close on the new SC one when they were told that, unbeknownst to their realtor, the new house had a federal lien on it.  Uh-oh.  Any sentence with "federal" and "lien" together spells trouble that is not easily and quickly fixed.  For a few days they were hoping it could all be resolved, but finally they had to walk away from the deal.  And start over.

So...as soon as the movers packed up and pulled out of their driveway taking all their belongings to a storage unit somewhere, Kyler and Kara and Lucy set off for another trip to the Charlotte area to find a new house.  Peggy took Abram home with her for a few days, and I tried not to cry all the way home. 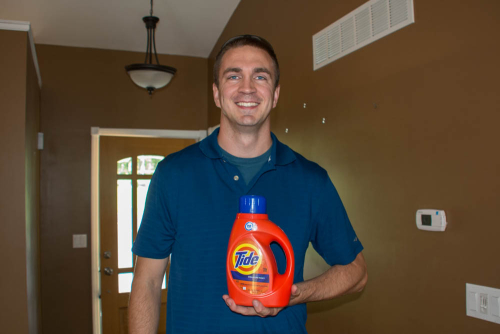 In one humorous story of the day, Kyler bops in after his last day at work, all happy and seemingly carefree while Kara's been juggling two babies and supervising the movers all morning by herself.  "Look what my team gave me!"  Kyler proudly held out a bottle of Tide.

Kara was NOT impressed.  "Oh, that's great..."...Kyler's kept the family supplied in Tide since he began working there, so nothing much exciting about a bottle of Tide. 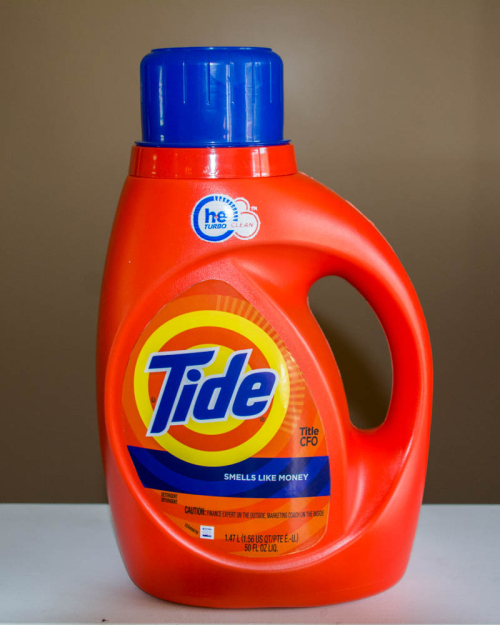 So Kara began to look closely at the label to discover that it was especially labeled, front and back, just for him.

I know it's hard to read in this photo, but it makes a mama's heart proud to read phrases like..."Finance Expert on the Outside, Marketing Coach on the Inside," and "Kyler- It has been a pleasure working with you...you have positively impacted every person who has worked on the Tide brand...You set an incredibly high bar and did it all while maintaining your priorities-faith, family, and then Tide."

I especially like that last sentence.  [cut to beaming Momma...] 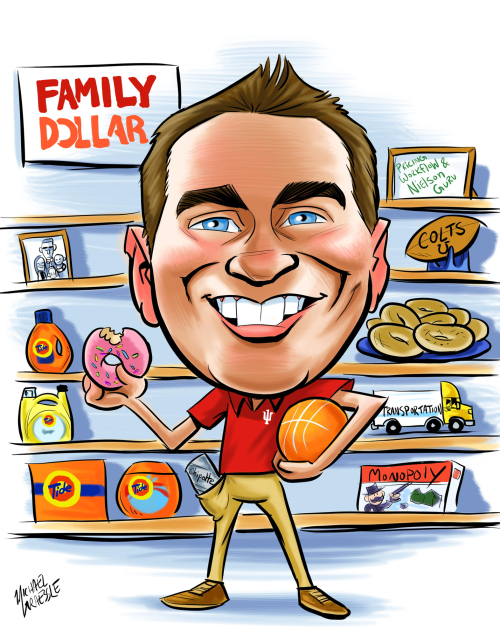 His Tide team had already given him this neat drawing, a caricature of Kyler and many of his favorite things!  How creative and what a nice keepsake! 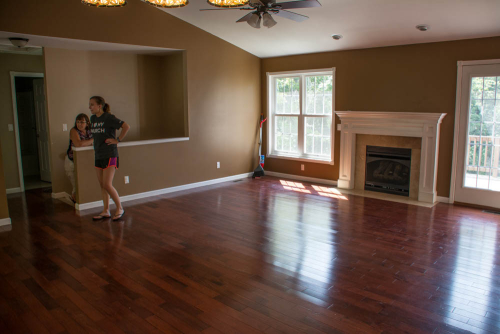 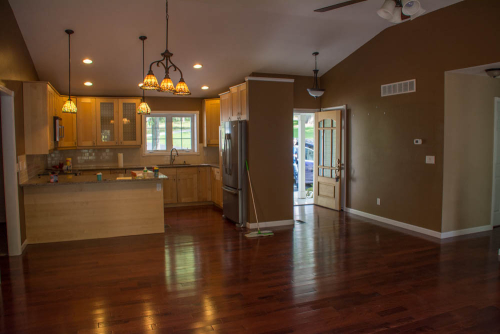 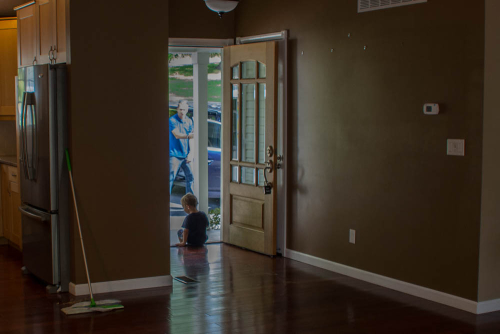 Abram will never remember this house where he began his life.

But lots of new memories to be made in his new home in South Carolina.  Just wish it were closer... 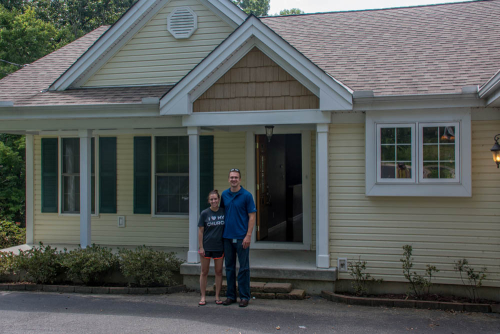 They're very excited for their new adventure and to move into their new house in a couple of weeks.  Meanwhile, they're staying with Kara's parents this week and will be moving into our cabin on Saturday and staying here while we're gone until their new home is ready to move into.

I'm excited for them, I truly am...but sad for those of us who love them and won't get to see them nearly as often.

I know they'll miss us too!  And if their plans work out, hopefully they'll be moving back up here in a few years.

But for now, for the grandparents anyway, it's a...