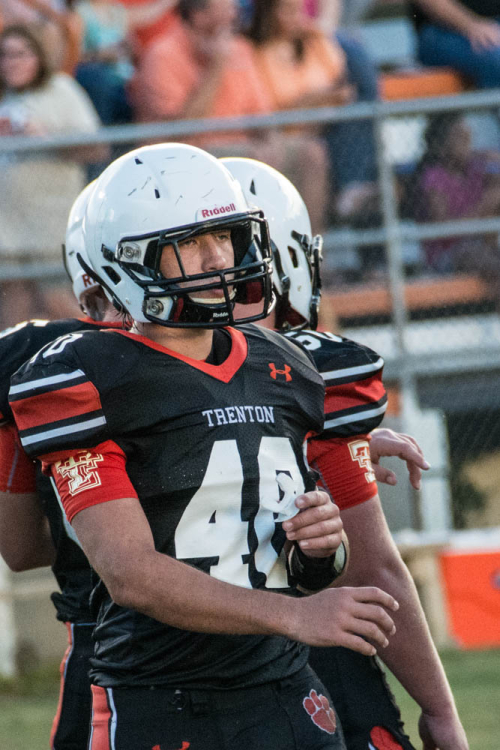 This is one reason we decided to go to Florida when we did.

We wanted to see my nephew Wyatt play football. 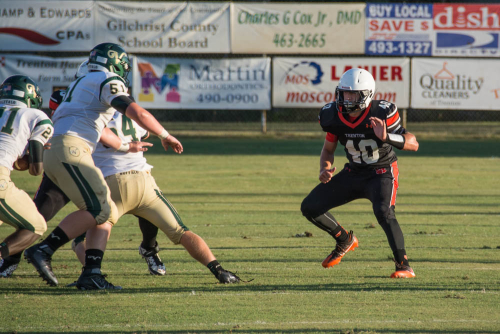 At nearly 6 feet tall and 195 pounds, Wyatt is only a 14-year-old freshman and still growing! He played on his high school football team last year, seeing action both at JV and varsity, and was part of their 2015 Class I State Champion team! 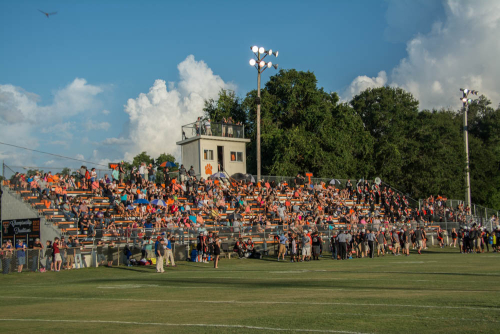 There is no other way to describe that evening...95 degrees and 2000% humidity at kick-off...it's the HOTTEST football game I've ever watched!

Trenton High School is similar in size to Shenandoah, where my children graduated.  And also about the same size as Hagerstown, where Wyatt's momma Maria and all of us siblings graduated from.

Okay...maybe not so interesting to you, but I think it's kinda neat.... 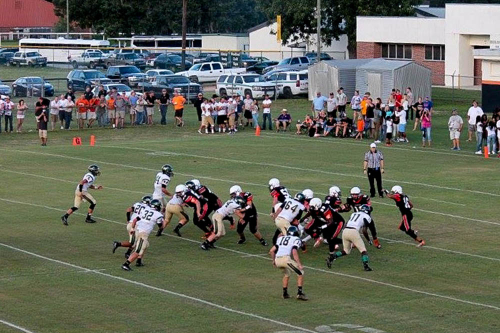 I've never been to a high school football field that didn't have a track around the outside.  So it felt like we were SO CLOSE to the action!  In fact, I stood on the end line to take photos (Maria took this photo from the bleachers...that's me in the bright pink shirt and jean capris...). 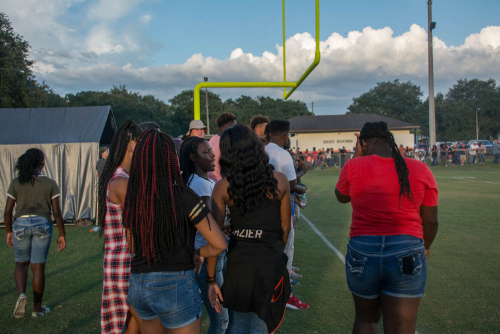 This was my view along the end line.  Just standing there watching and listening, I learned some new language, new words, and a few new dance moves...oh, and a few new fashion ideas... 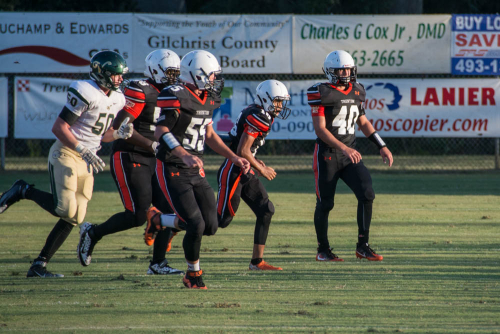 Anyway, back to the game...

It was the first game of the season, a preseason game.  Wyatt is #40 (if you hadn't figured that out yet...) and plays linebacker on defense and running back/receiver (I think) on offense. 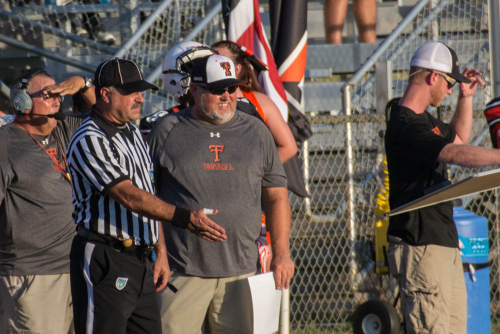 Wyatt's dad/Maria's ex-husband Michael helps coach the team.  The divorce is still new and I'm glad we didn't "run into" Michael while we were there...it might not have been a pretty sight!  The House girls can get vicious when someone messes with one of the SEESTAS!!!  I bet Michael's glad too...the House girls are a FORCE to be reckoned with! 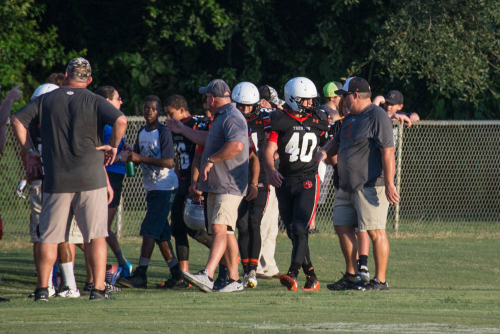 He may not have been a good husband, but he is a good dad and loves his children.  And he's spent lots and lots of hours working with Wyatt to help him develop into the terrific athlete he is.  I will give him that much.  But...Wyatt has some great athletic House genes too (somehow I missed out when God was distributing those genes...), which certainly helps! 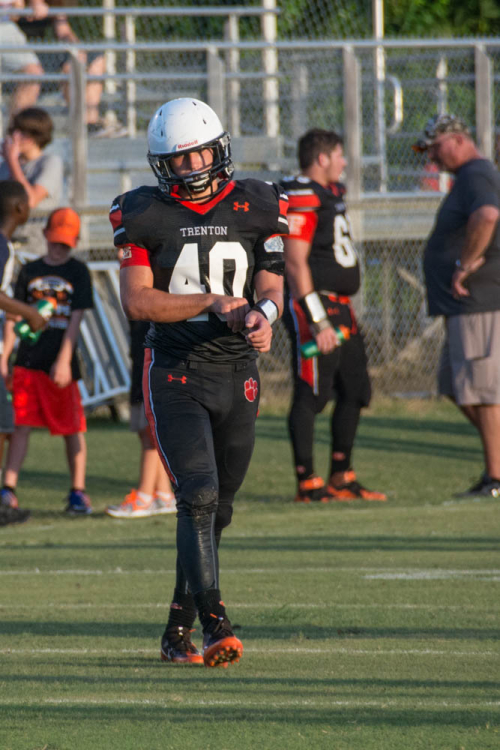 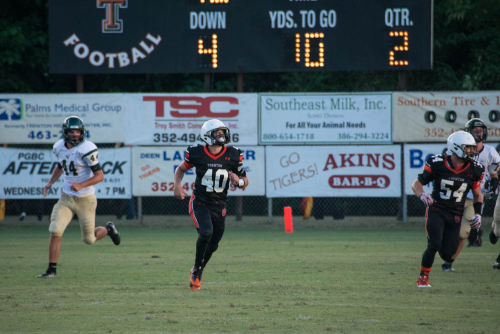 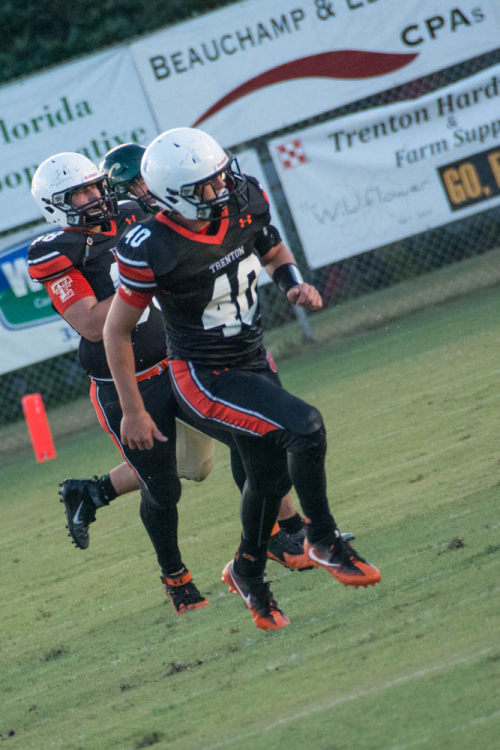 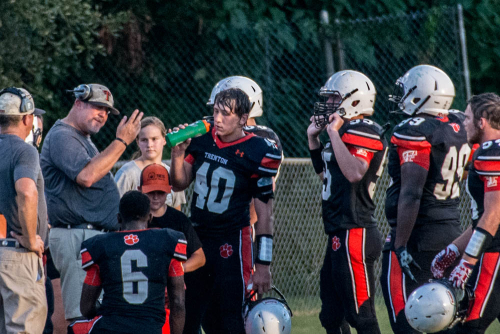 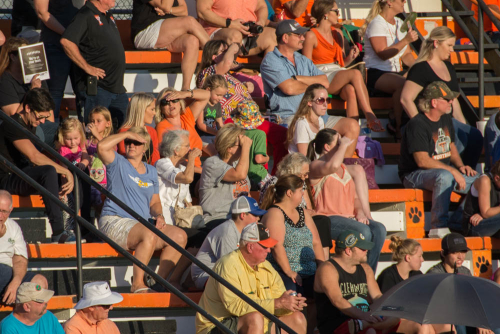 Wyatt's fan club in the stands... That's my sister Barb in the lavender shirt, looking the wrong direction.  (Actually, she was keeping an eye on me on the sidelines...we're protective, that way...)

The setting sun was right in the eyes of the home fans.  Not good planning when the football field was built... 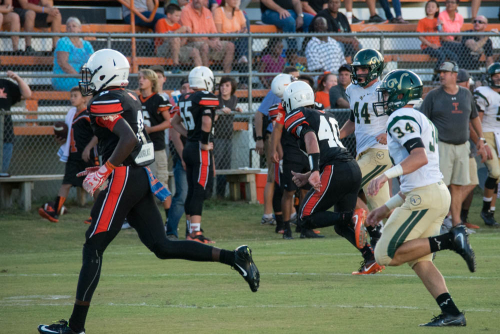 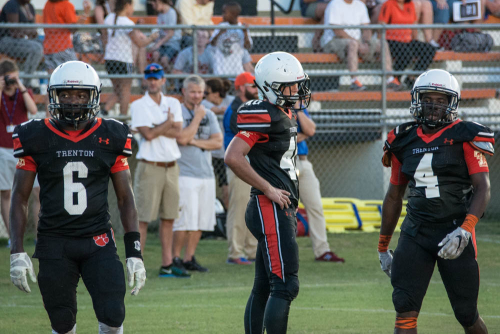 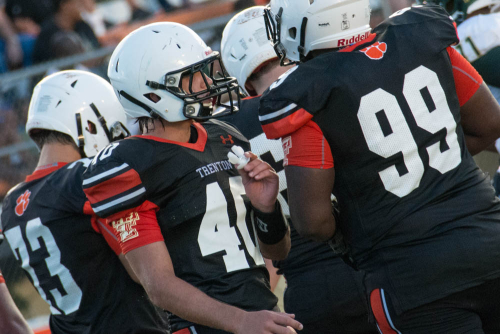 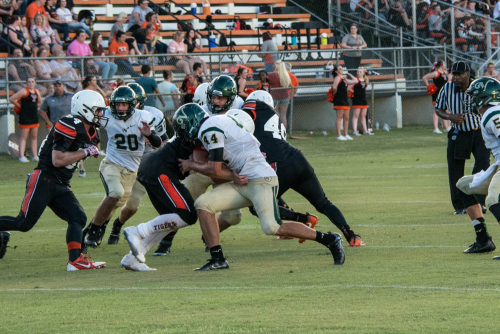 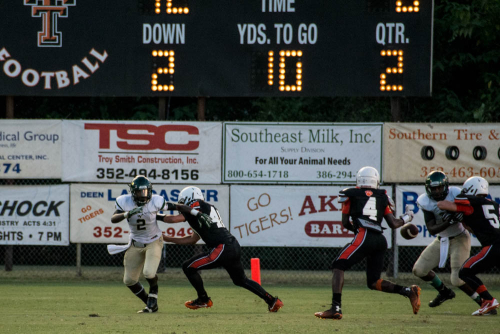 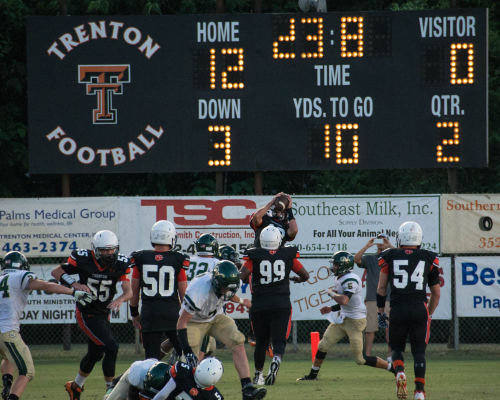 Jumping high to make the catch! 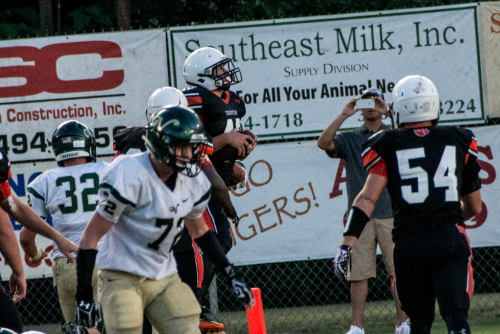 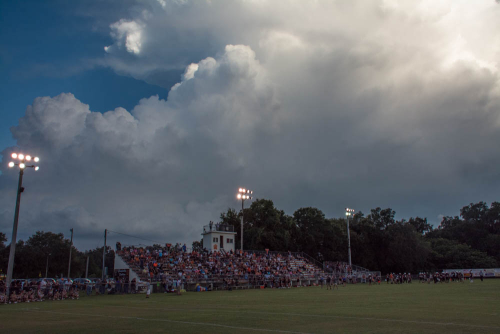 Halftime score 12-0 Tigers, and the sky is looking ominous.  I began seeing some streaks of lightning in the clouds... 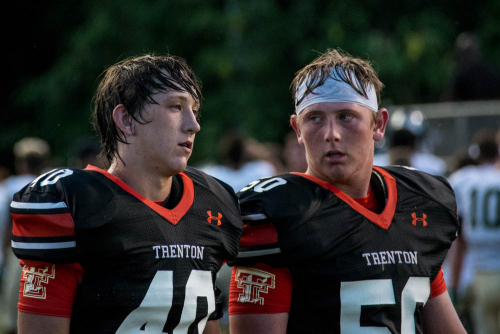 Wyatt and his teammates headed to the locker room... 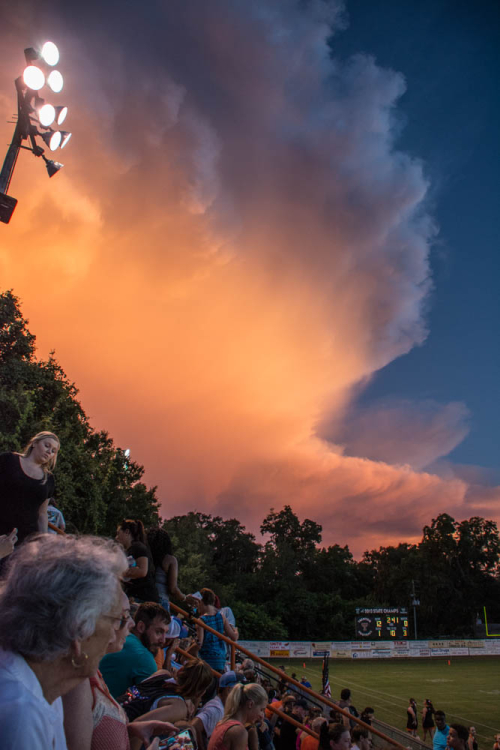 ...and the game was eventually called when the sky became very threatening with lightning all around.

So we headed back to Maria's, back to the air-conditioning, out of the HEAT! 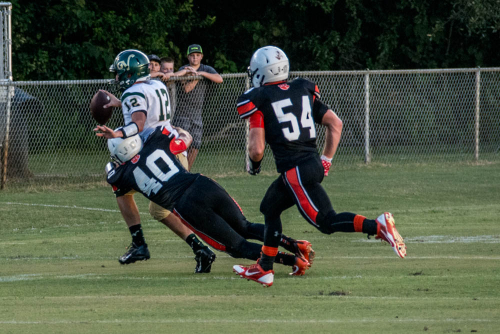 But we got to see some great football moves from our #1 player... 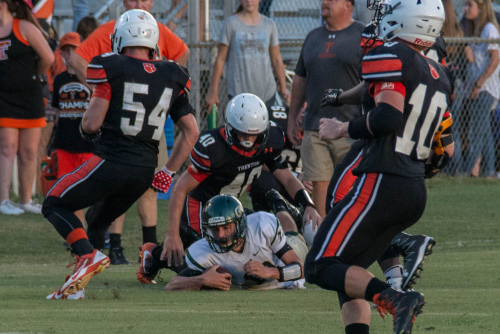 We may have been HOT, but Wyatt was...

Just wanted to say hi!
Its Blaise I wish I could be their with YALL
Tell Wyatt and Sienna The Houses Say hi!!!

Oh my that was a hot game!
Concrete bleachers were burning us too!
Great photos Terry!
You are awesome🏈‼️