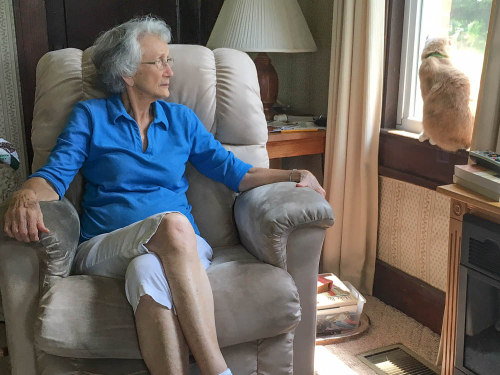 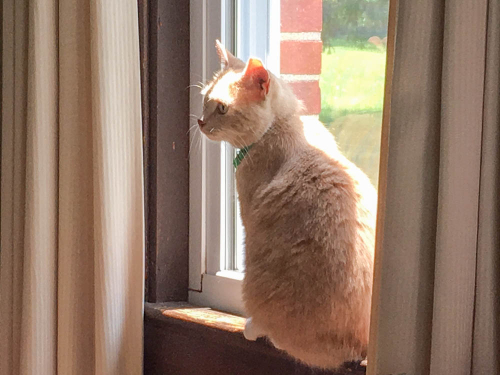 Lovey is her third cat in as many months.

Her first cat Dude escaped through an open door in early June and never returned.  She was sad over losing him, but a couple of weeks later saw an ad in the paper for a cat at the local animal shelter that needed a home.  So she became a foster "parent" for a blonde cat she had named Biscuit.

Biscuit turned out to be a little rough and needed more attention than Mama wanted to give him, and when he began biting her ankles and scratching her arms making ugly marks on her already-fragile skin, she reluctantly took him back to the shelter. 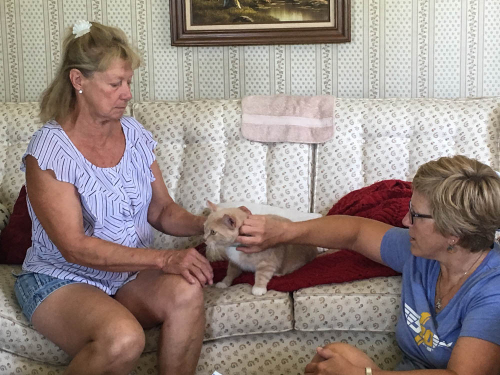 But Mama wasn't giving up.  And she found out about a woman (left) in a nearby town who rescues cats and finds homes for them.  Mama contacted her and she brought out three potential cats for Mama to check out.

I liked this gal a lot, but I definitely think she would qualify as a "crazy cat lady."  When I asked her how many cats she had, she told me she quit counting at 30.... 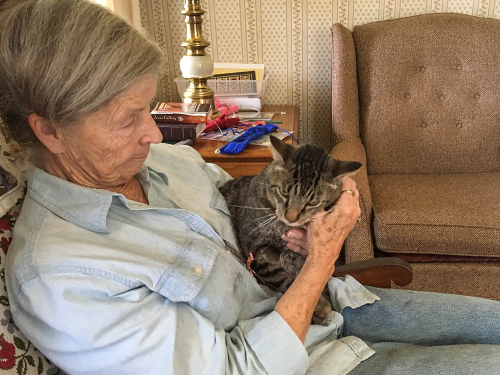 Mama's best friend Barbara is a crazy cat lady I've known all my life.  She is holding one of the cats the woman brought, a BIG boy cat named Toto.

We all quickly decided that Toto was much too heavy and big for Mama to manage. 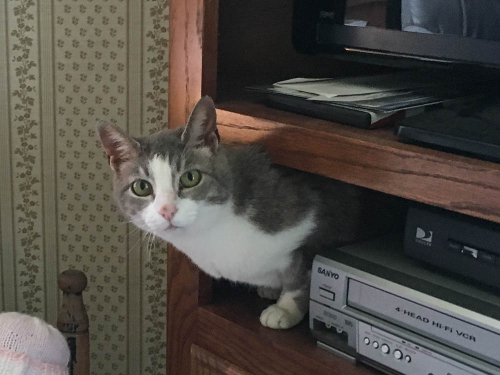 The second cat was a beautiful gray and white female, whose name escapes me at the moment.  She was a very pretty cat, but not super-friendly. 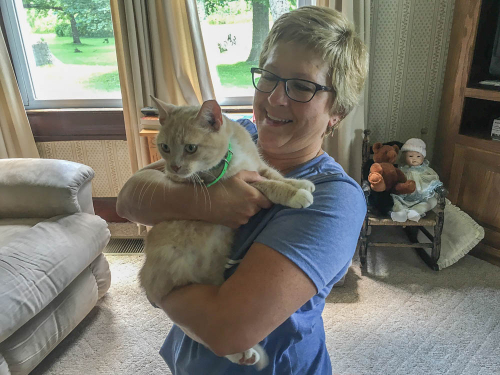 My sister Barb is another crazy cat lady, that really got this whole Mama-with-a-cat business started to begin with.  She immediately took to Lovey... 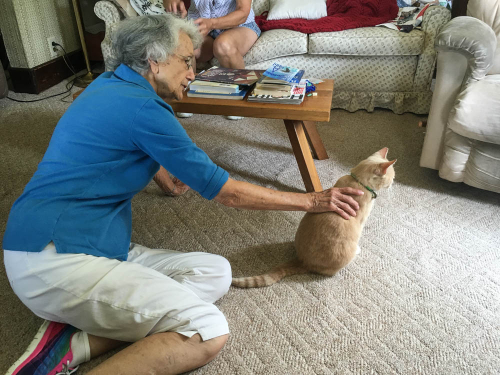 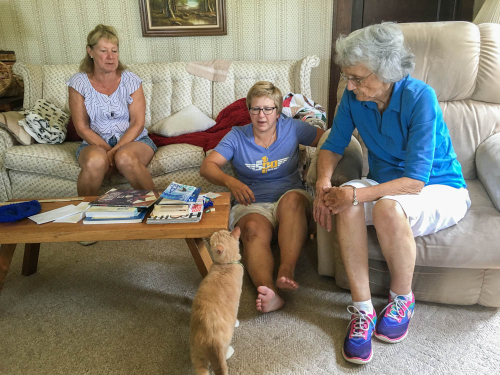 And Lovey was very friendly and seemed to like people.

I kinda hung in the background while the crazy cat ladies discussed cat stuff...quite entertaining for this not-crazy-about-housecats girl.  But I'm happy if Mama's happy, and she seems to really want a cat so I'm all for whatever makes her happy. 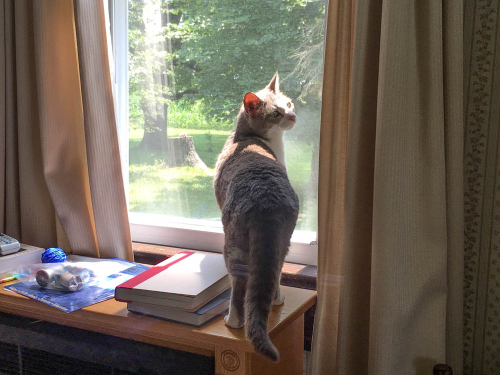 Lovey likes the window right next to Mama's chair...lots of squirrels and birds to entertain her. 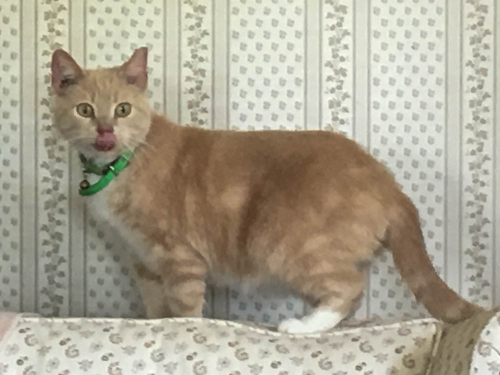 Mama has had Lovey for a week now and the two of them seem to get along great.

Lovey is calm, friendly, and low-key...just what Mama is looking for.

Life is full of surprises. I have to say, I never dreamed I'd ever refer Mama as one of those...

OMG - the gray and white cat looks exactly like our dear "Ashes" we had for 14 years!! Do you remember him? Kinda the same personality...must go with the color :)

Your mama is adorable! I love how she keeps going after the right cat for her and Lovey looks like the winner! What a pretty kitty, too. Your photos, as always, tell the story in such a charming way. Love your blog!