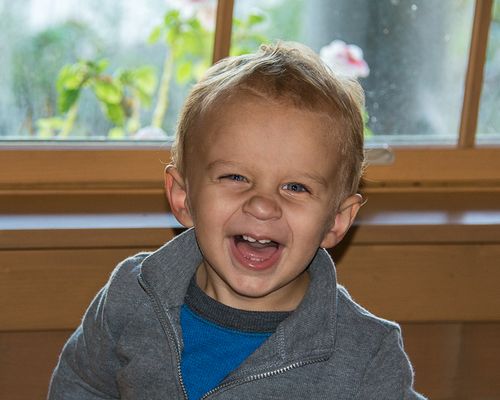 Our 19-month-old grandson Abram came over for a couple of hours yesterday, bringing lots of smiles to our Sunday afternoon. 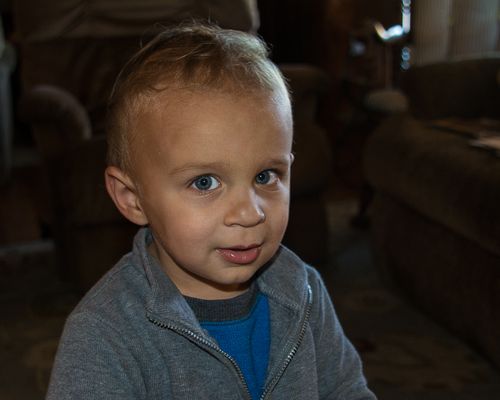 And he chatters non-stop...much of which only he understands. 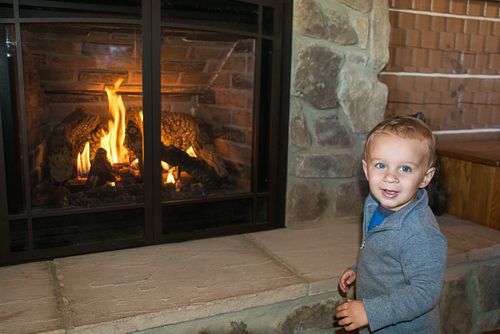 Abram doesn't get too excited about toys, either at his house or at Gramaw's, but he does like to explore everything around him and figure out how things work.

Fire is one of his obsessions (just like Daddy Kyler).  He has a special name for "fire" that sounds something like "far-geek," and as soon as he walked into the cabin he was obsessed with the fireplace.

"Hot.  Hot.  Hot.  Don't touch."  Those words out of his sweet little mouth are very clear. Apparently they've had this conversation at their house a few times... 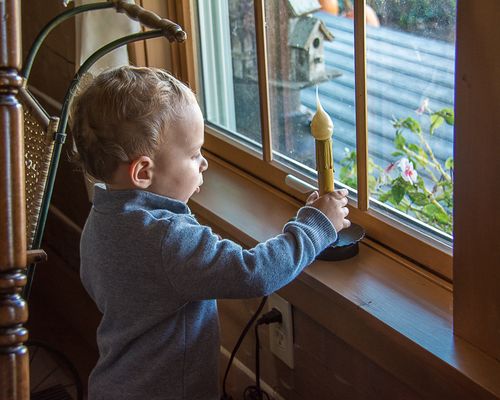 And then he discovefed the candles in the window.

I bet I heard that word at least 500 times yesterday. 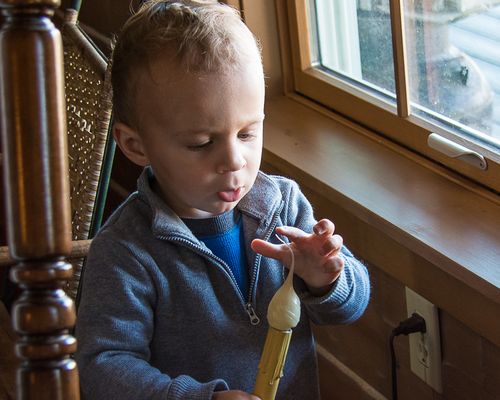 He was fascinated by the wiggly latex tip. 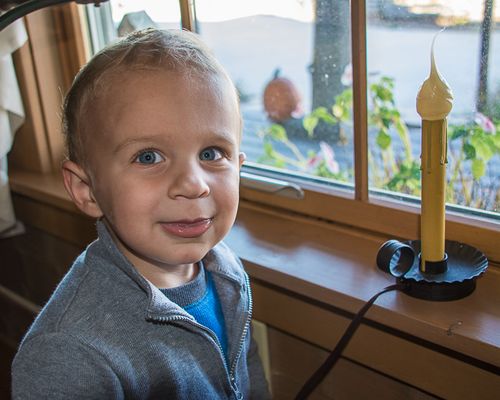 I was amazed at how gentle he was with the candles, never dropping them or trying to unplug them. He'd pick them up, examine them closely, then carefully put them back in the window. 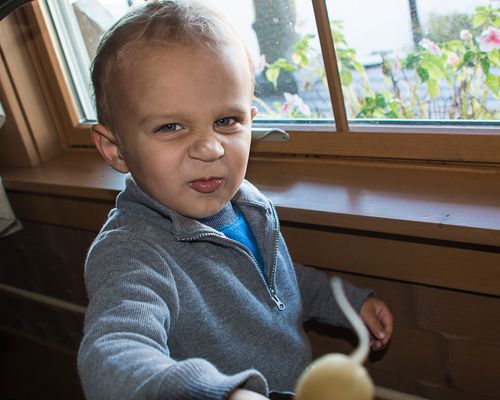 Abram's got a whole repertoire of funny faces! 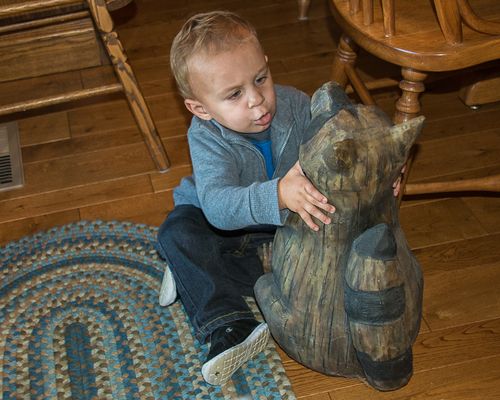 He kept "Meow"-ing at the wooden raccoon. Wasn't quite sure what to make of it... 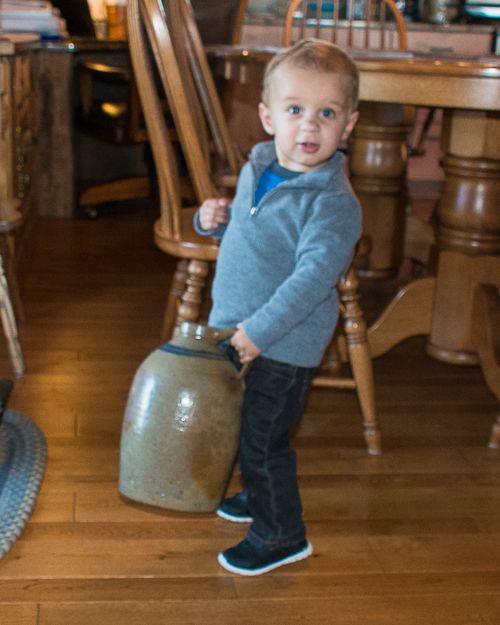 Then he found the old jug.  "Coffee"...I suppose because of the handle.  The boy says "coffee" plain as day!  When I told him the jug was heavy, Abram said "Heavy" and then began grunting.

From the time he was a little fella (well, I guess he still is...), he's loved to carry heavy things around. 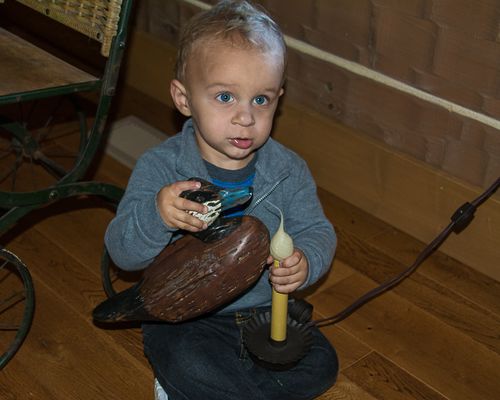 When he found a duck decoy within reach, he just had to introduce it to "Carter." 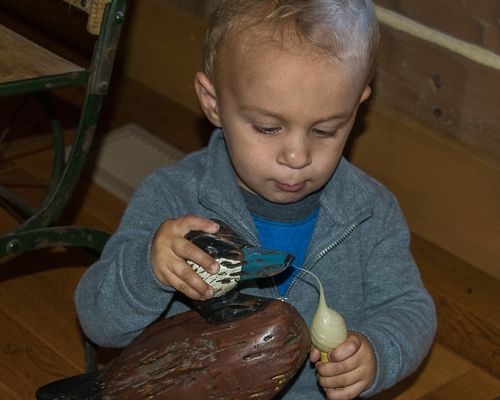 Oh my goodness!  How Gramaw ADORES this child!!! 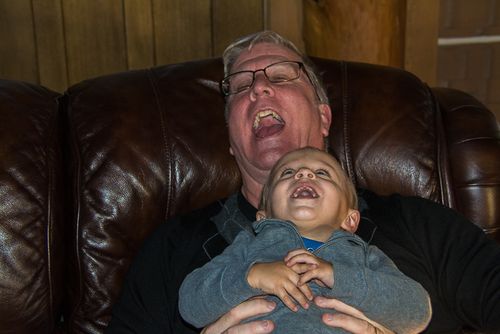 Papaw's pretty crazy about him too! 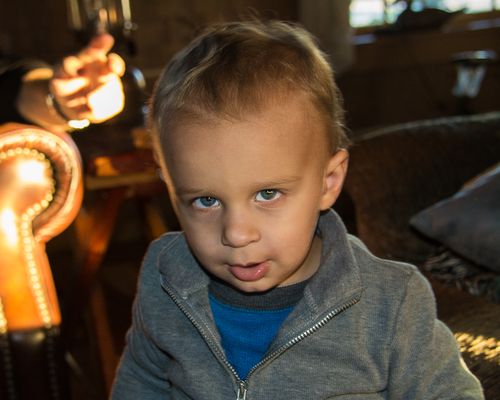 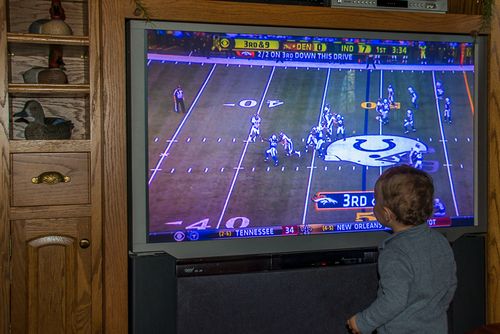 Abram wasn't as interested in the Colts/Broncos game as Papaw and I were, but he did get tickled when I cheered "Go Colts!" 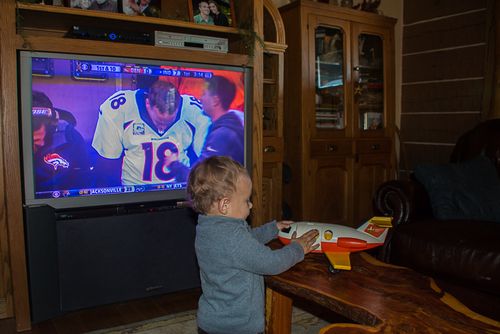 I guess he didn't realize that he was witnessing what could be Peyton's last trip to Indianapolis....

(And yes, the Colts WON which also added to our Sunday smiles!) 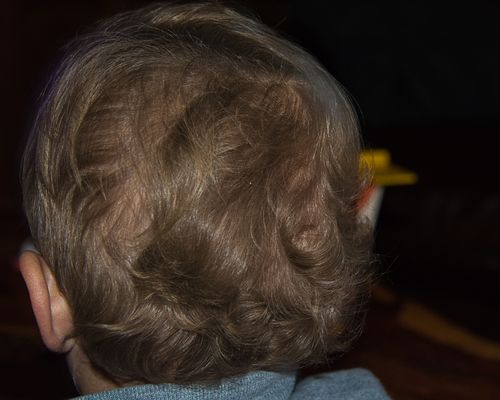 I'm in love with this beautiful head of dark curls...he definitely did not get that from our side of the family.  Such gorgeous hair he has! 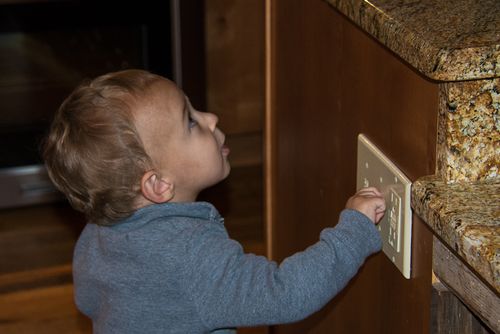 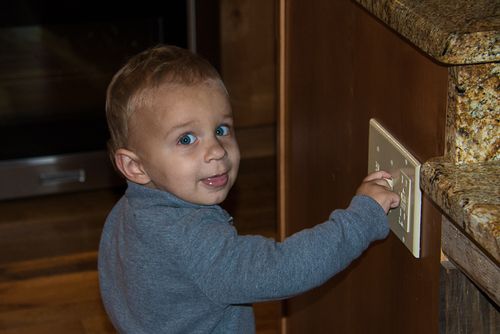 He discovered the island light switches and enjoyed turning them on and off. Such power!

Abram wants to figure out how everything works. 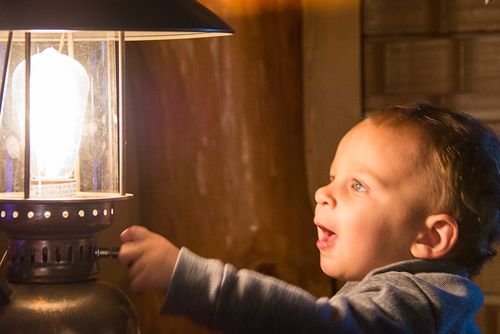 Gramaw's lamps provided plenty of cute moments, as he was able to dim and brighten the light.

"Light" is one of his favorite words. 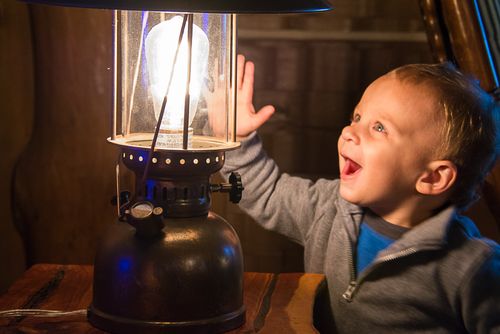 I love the excitement in his face as he's learning! Such a darling, busy little boy!  We love him so!

Abram certainly brightened up our afternoon, giving and causing lots of...

Thanks for the late Thursday evening smiles :)