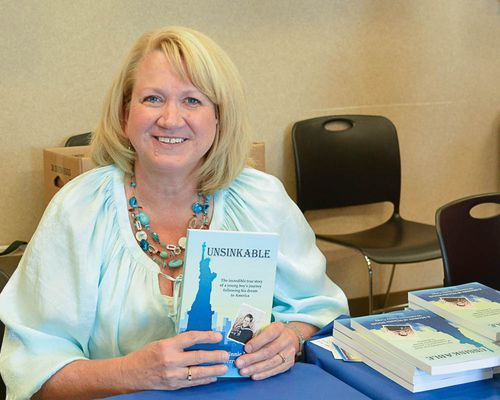 Most of Saturday was spent with Winnie and Judy and 19 other local authors peddling their books at the Pendleton Local Author Book Fair.

One would think the success of a book fair is based upon the number of books sold.

If that is the case, the fair was a dismal failure.  In 6 hours, we sold 7 books... which is more than most of the other authors there.  Some sold a big fat zero. 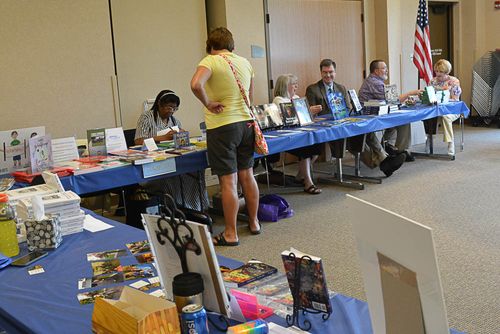 I wasn't really surprised.  After a string of rainy weekends, Saturday's weather was perfect and undoubtedly lured possible buyers outdoors instead of to the library.

Plus, library-goers may love books...but they usually don't want to pay for them. 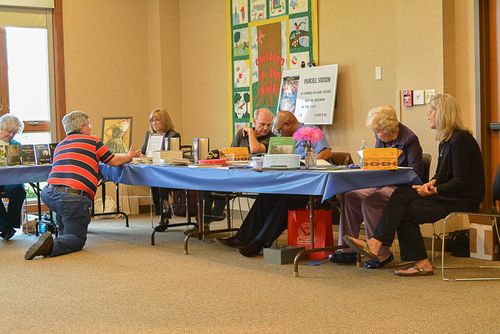 We had a few browsers to chit-chat with, but mostly it was authors talking with authors...and buying each other's books. 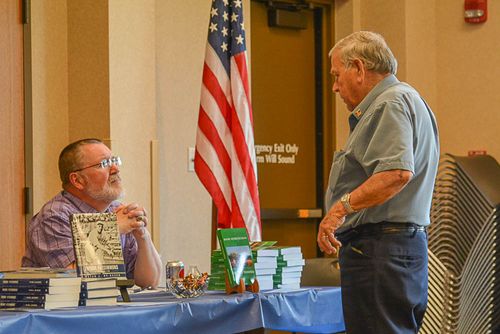 But we met and had a chance to talk to some very interesting and fun people. Winnie loves to talk and befriended most everyone in the room, including Mark Herbkersman of nearby New Castle.  I've been wanting to buy one of his books, a Western adventure novel called Battle for Yesterday, and I'm glad I got a chance for my own signed copy! 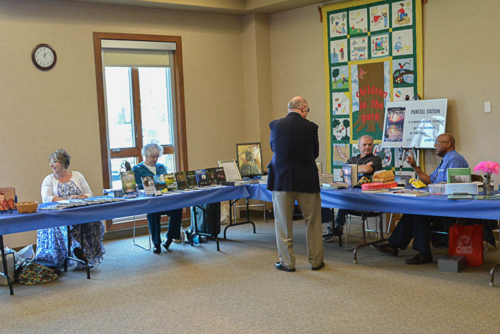 I had the privilege of meeting several other authors, including Monica Koldyke Miller (hidden in the corner behind the standing gentleman), whose Civil War novel Threads of Betrayal I also brought home.  I had a blast talking to James Womack, the black man on the right.  We hashed over the racial political stuff that's happening and I learned a lot from him (for the record, he's very much anti-Jesse Jackson-types!).  If he'd had copies of his book Black Dad-White Dad: The James Womack Story, I'd have surely brought one home.  But he gave away 2 copies and neither were to me, so I plan to order it on Amazon. 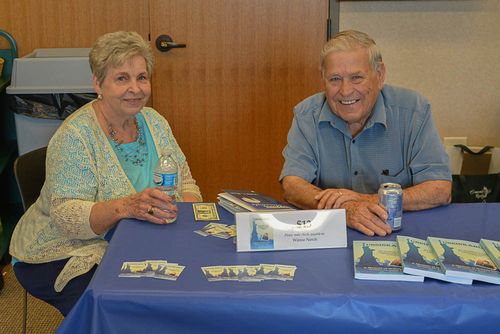 Plus it's always a nice day spent talking with sweet Judy and Winnie.

The Pendleton library purchased a copy of Unsinkable, and we talked to several people as they cruised through and handed out lots of bookmarks.  You never know what kind of unforeseeable connections we make just being out there.

No, we didn't sell a lot of books.

But there's more than one way of...