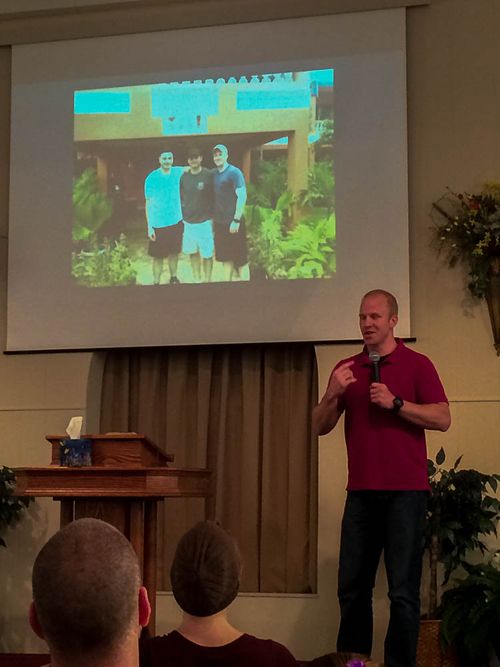 I am so proud of all four of my children.  They all have a love for the Lord and a compassion for people, and each one is using his or her own gifts for God's Kingdom.  What more could a mother ask for?!

But Kamaron has a special passion burning inside of him, a consuming passion to tell as many people about Jesus as he can.  I so admire him for his boldness and I know God has mighty plans for his future. 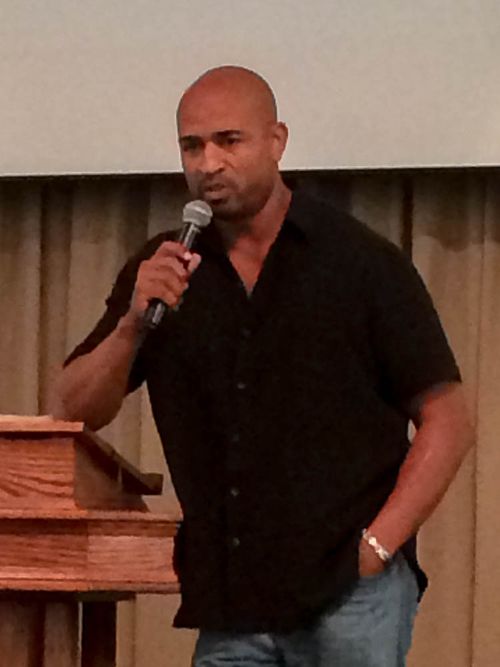 In the past year or so, through some friends in his church, Kamaron has come to know Malcolm Henderson.  Malcolm has the same burning desire for the lost as Kamaron does, and his story touched a deep chord in my son.

Malcolm has quite an interesting personal testimony himself.  Through God's working in his life, Malcolm's college career to become a doctor was derailed for awhile as he modeled for a big-time modeling firm where he made lots of money but grew farther and farther away from the Lord.  But God drew him back in a big way, and just a few years ago he gave up his lucrative medical career and his wife gave up her high-paying finance job and they traded their wealthy life in Chicago for a home in a poor village in Haiti, obeying God's call on their lives.

He formed a non-profit called Charis4Haiti.  "Charis" is the Greek word for God's grace...isn't that beautiful? 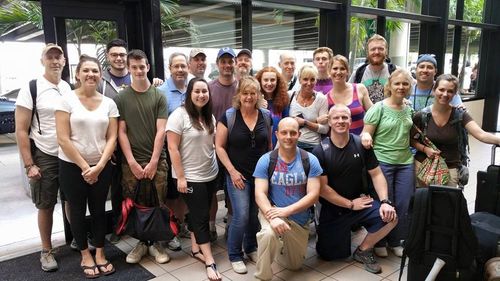 In March, Kamaron (bottom right, black shirt) joined a team that traveled to Haiti to do short-term mission work alongside of Malcolm and Charis4Haiti.

As I knew it would be, it was a life-changing trip for Kamaron.  Any time one of us leaves our cushy American life and visits a third-world or developing country, we are changed forever.  All the "stuff" we have, the luxurious lives we lead are all seen from a very different perspective.  MOST of the world is suffering, wondering where their next meal will come from, with little hope for a better life while we Americans complain if our internet service isn't fast enough or our meal in the restaurant takes a few minutes to arrive.  We are SO SPOILED!

And while Charis4Haiti does try to alleviate physical suffering, it's not their main focus.  Theirs is a spiritual focus, sharing the life-giving gospel in a spiritually dark land.

I know this trip only added fuel to the fire already ignited in Kamaron, and I know he will go back as God opens doors for him in His timing.

Hats off to Malcolm Henderson for obediently following God's calling to serve the least of these...