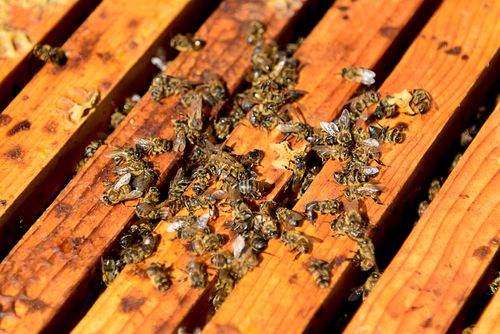 The past two Indiana winters have not been good ones for my beekeeping ego.

The winter of 2013-14 was particularly brutal, so I wasn't terribly surprised (although it still made me sad) that my honeybees did not survive.

So last spring, I started over with 2 new packages of bees plus a colony that I miraculously coaxed into a hive with lemongrass oil.  Over last summer I had three hives, one of which was not very strong and I knew it probably would not overwinter successfully.

Leaving two hives, which made it all the way through the worst winter months, and right before our Costa Rica trip in mid-February, I put sugar-water feeders on them to be sure they didn't starve. Starvation is one of the main causes of honeybee demise, and in late winter their honey stores are usually getting very low so most good beekeepers (which I used to consider myself, but now I've fallen out of my own beekeeping graces...) feed their bees in late winter-early spring until the blooming begins and they have a plentiful supply of nectar and pollen.

In mid-February, the honeybees were doing great.  But then....while we were soaking up the Central American sunshine...an unusually late, severe arctic blast hit Indiana and plunged the temperatures well below zero for several days.

All my honeybees died.  Again.  I was just plain sick over it and ready to throw in the beekeeping towel.

That same day I discovered the dead hives, I got an email from a beekeeping friend wanting to know if I wanted to order some package bees.  Not sure why I said "yes," except that maybe a part of me wanted to repair my wounded beekeeping pride and try again. 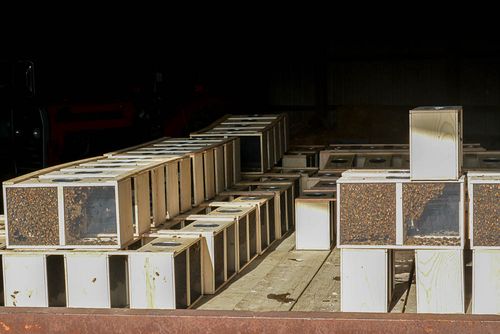 Tuesday I picked up my package of bees.

Aren't these packages a pretty sight?  Lest you think it's a cheap hobby, each one of those packages cost $120.  For a box of bugs.... 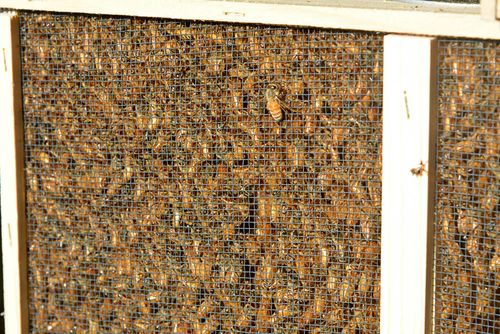 Each box contains about 2 lbs. of bees and 1 VERY SPECIAL queen bee, in her own separate little box inside. 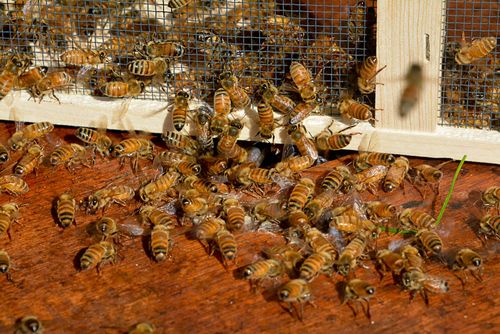 I brought them home and installed them in their new hive... 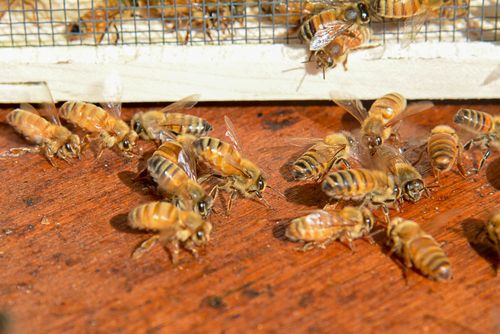 ...and they did lots of sniffing around checking out their new digs. 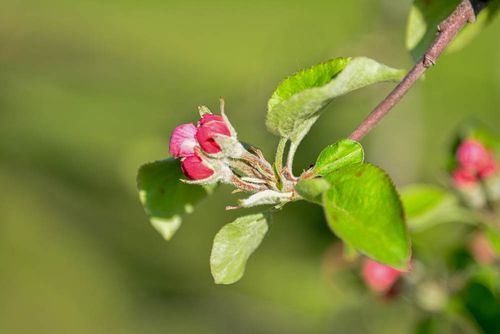 Just in the knick of time, as the apple blossoms are ready to burst open.... 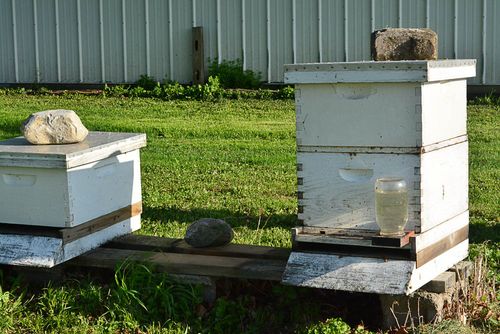 ...we're back in bee buzziness!

Glad you persevered! Love you & your honey!