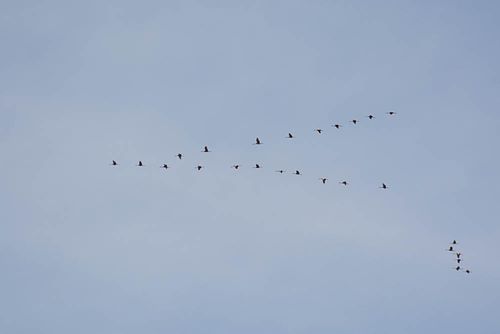 Before they ever came into view, their unique noisy honking was unmistakable.

My son Kristoffer, who lives next door, heard them first and quickly telephoned me.  I grabbed my camera and headed outside into the Sunday afternoon sunshine. 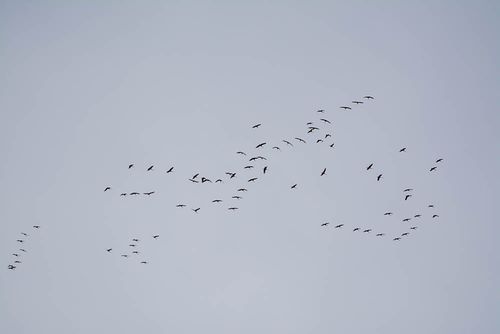 Then we saw them, high, high above us...shifting lines of flying sandhill cranes! 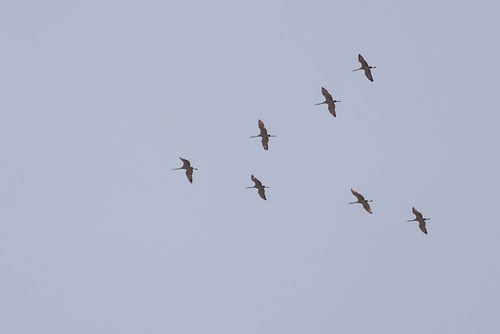 We've seen them a few times in the fall, taking a short pit stop in harvested soybean fields, on their migration trip from Canada to the south.  But never have I seen them returning north, winging their way deliberately northward oh-so-high in the sky. 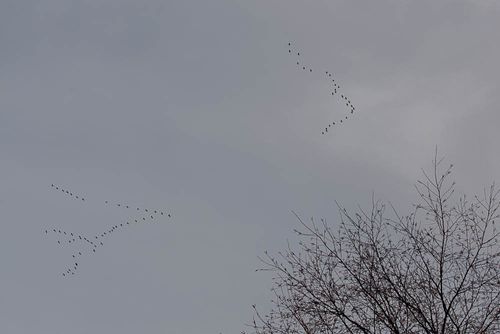 We're guessing we saw about 400 or so...two very large groups and then several smaller groups...all angling over our farm and heading the same direction. 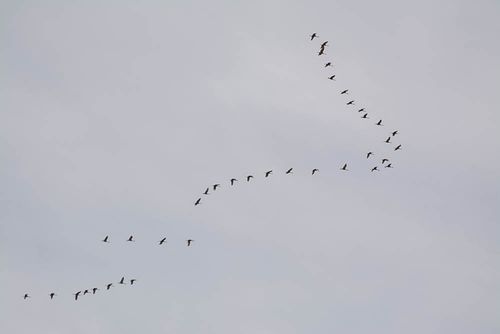 I'd never even heard of, let alone seen, sandhill cranes until the summer of 2001 on the Gray family vacation to Wisconsin Dells.  They were commonplace there, honking noisily from the growing bean fields as they foraged for food.

Then that November, sitting alone early one Sunday morning, I heard their loud trilled honking overhead. When the sun came up, we could see that a large group had landed in the field behind our house.

We've seen them around a handful of other times, the last one being in December 2011 when we had first moved into the cabin.  Every year I listen and watch for them.  They are surely around, but I hadn't seen any more until this past Sunday... 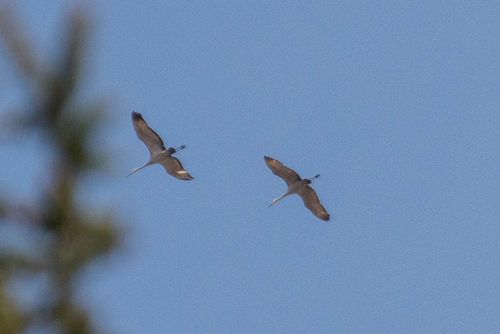 ...when Kristoffer and I stood outside a marveled at the...

Ryan and Mikka were over along with friends...we were standing outside and Ryan saw them coming from your house! It was a large group, and oh so beautiful with their formations in the sky...just amazing how far they travel.