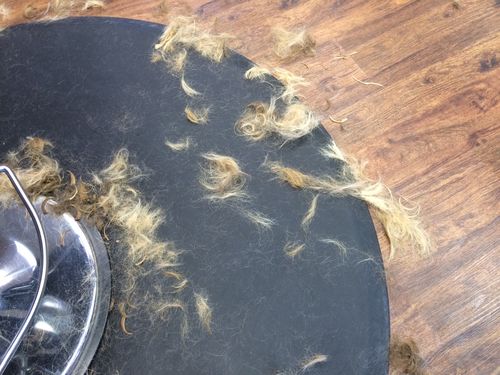 I got my hair cut the other day.

REALLY CUT!  As in several inches and lots of layering... I'm not an impulsive person, and as I sat down in Laci's salon chair I had intentions to get my "normal"...roots touched up and ends trimmed.

But as Laci went back to mix up my color, I browsed through the styling book laying at her station.

I never look at those books.  Ever since my huge disappointment as a child when Mama gave me a Toni permanent and followed the directions for the "Saucy Flip" style that turned into a big frizz-ball that took forever to grow out, I steer clear of the false hopes found in beauty magazines.

But for some reason, I picked it up and saw this page.

About that time, Laci came out.  "Isn't this just so cute?"  I asked, just making conversation.

Laci giggled.  "Do you want to do it?!"  I could tell she was excited!  I'm sure she, like anyone would, gets tired of the same old, same old stuff with her clients.  "It would look so cute on you!"

As soon as the tresses began to fall and she got those scary thinning scissors snipping all over my hair, my head started feeling lighter and I began second-guessing myself.  It's just hair, I thought...if I don't like it, it will grow back.

But Laci chattered away (trying to distract me, I think) and she was having a ball with her scissors.  And I kept the photo from the page above in my mind, hoping I'd look just like that when she finished and knowing full well that even an amazing hairstylist could not make me beautiful like the model.

As I saw once on a sign in a salon, "I'm a beautician, not a magician." 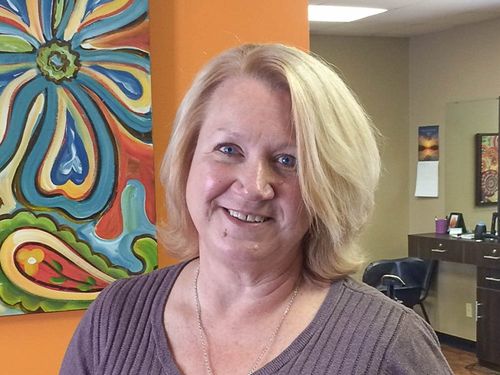 No magic scissors transformed me into the model in the book.  But I do kinda like my new look.

Okay, that's enough hair adventure to last me for a long while.  As I said, I'm anything but impulsive.  But even a hardcore planner like me needs to go out on a risky limb once in awhile and do something...

I noticed it in your photo with Winnie too! I think it's great!

Kara, I noticed the haircut too ..right away...and I really like it too!!

And for the record...I LOVE the new hair cut/style!

I noticed in a photo you shared with you and Winnie the other day. I think it looks great! And the page made me chuckle that it's classified as a "long" hairstyle.