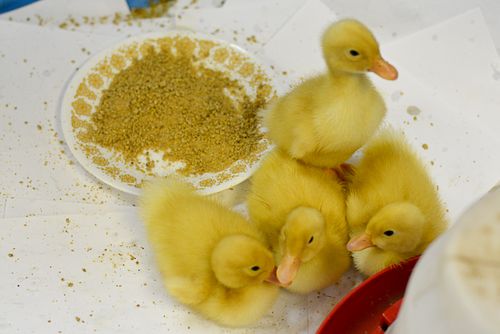 Back in April, Kristoffer bought four fuzzy ducklings for the children of our community to hold and pet at our church Easter Egg Hunt.

After the hunt was over, Kristoffer gave those four tired over-stimulated ducklings to Kim, who put them in the chickenhouse and raised them with his baby chicks.

And that's where they remained...until Saturday.  Kim told me when he'd pour fresh water into their trough, they would splash around and even try to get in it. We both thought it was kind of sad for a duck not to have water, so Kim decided to crate the four adult ducks and take them to his dad's farm pond. 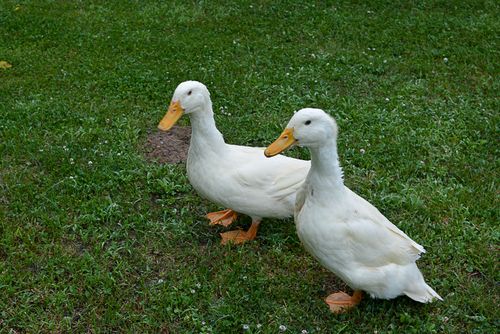 Amazingly, all four survived the brutal clutches of 75 young children two months ago and grew into big white ducks. 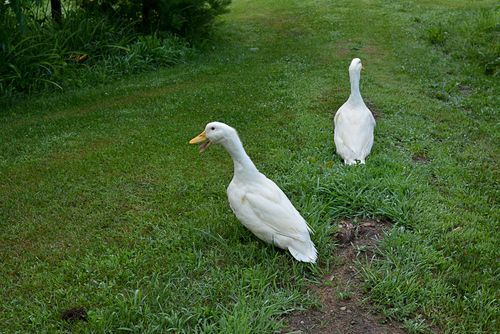 At first, they really didn't know what to do with their newfound freedom. 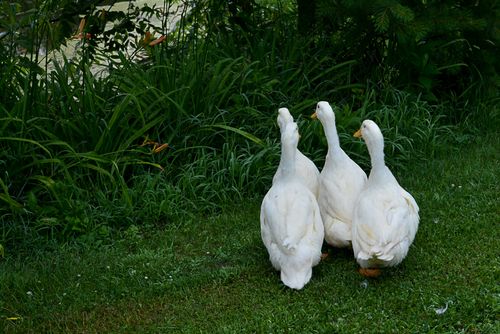 They could see the water... 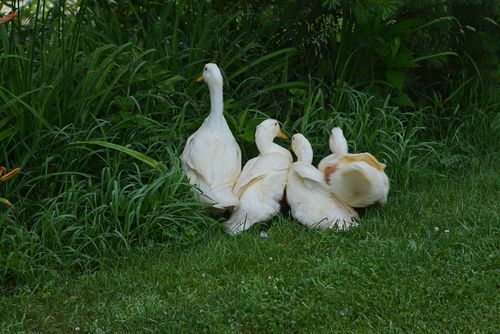 ...but they weren't quite sure how to get there.  Not the smartest of creatures, they headed into the weeds... 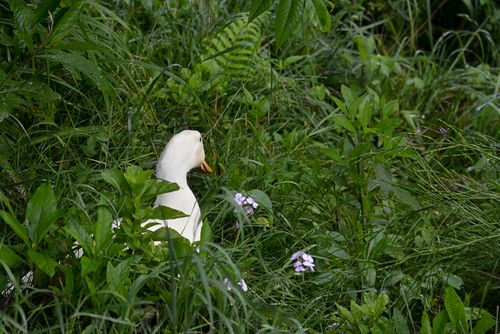 ...and Kim had to follow them there to shoo them down the muddy embankment and into the pond. 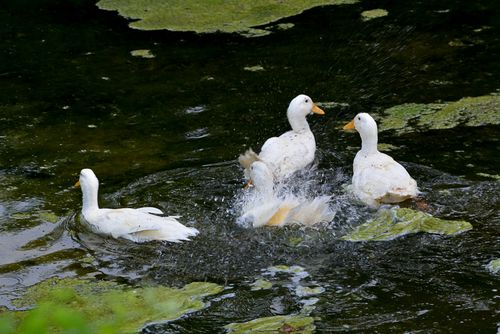 Once they finally hit the water, their instincts took over and they were SPLASHING all over the place! 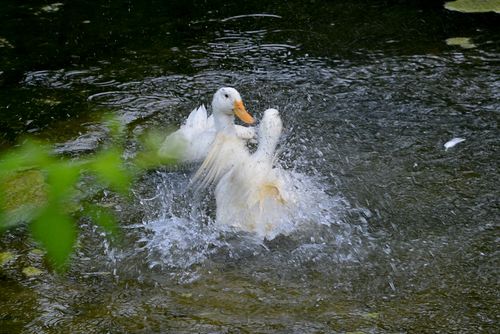 Happy, happy ducks!!!  This is what they were born hatched to do!  Even though they'd never seen one in their lives, they took to the pond like...well...like a duck takes to water!!! 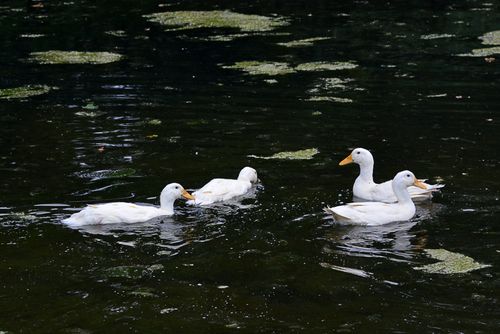 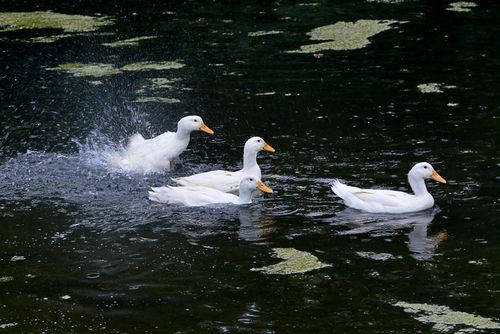 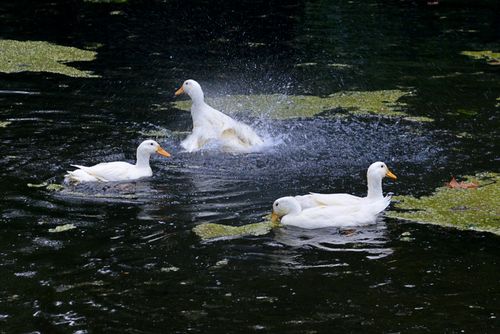 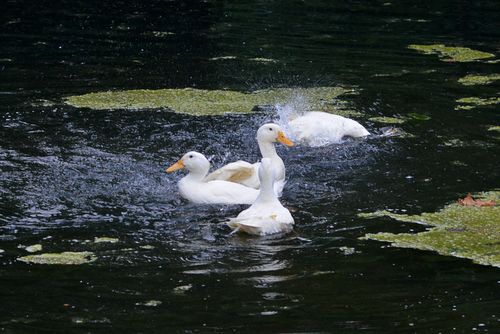 We couldn't quit smiling as we watched them splash their way across the pond. But our fear is this...at the end of the pond is a woods with lots and lots of critters that would be eager to make duck their dinner fare.  So we're hoping that our ducks will stay very close to or in the water and away from those deep, dark, dangerous woods.  Like I said, they aren't the smartest creatures I've ever been around... 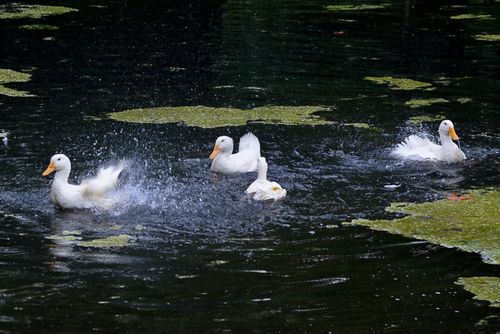 So I'm really hoping that the next time we visit my father-in-law Kenny, they will still be there swimming around the pond.

But whatever the future holds for them, I'm still so glad we set them free...free to be ducks instead of big quacking "chickens."  What joy to behold as they had their first taste of duck-freedom!