Baby Kiwi, due January 28, should be pretty well set after the second baby shower in as many weeks for Anique and Kamaron. 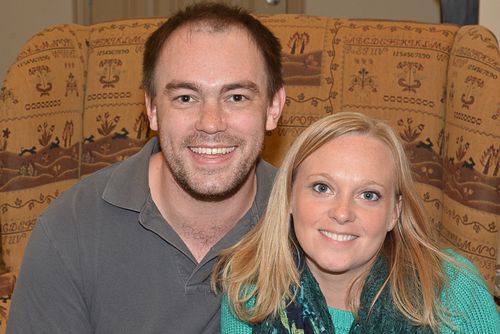 Anique's doctor brother Justin and his sweet girlfriend Ashley drove to Bloomington from their Michigan home to host the event for Anique's Btown peeps. 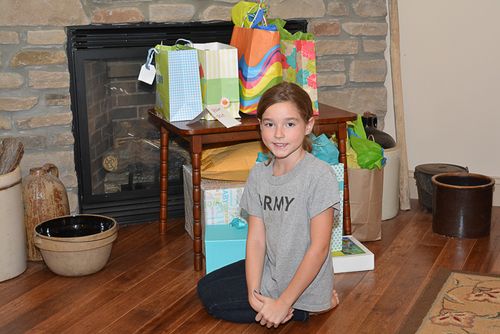 Eight-year-old Madilyn was also a co-host and helped a lot too, especially with the games, decorations, and gift organization. 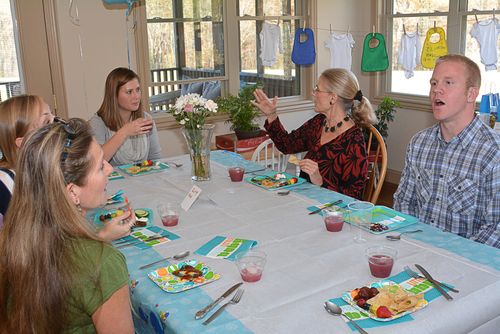 It was fun chatting with these folks that I haven't seen since Kamaron and Anique's wedding 4 years ago, and things were so busy that day that I really didn't get to chat much with anyone! 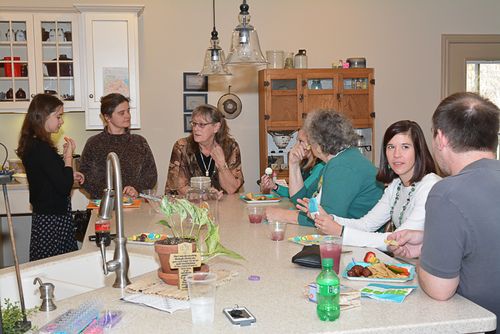 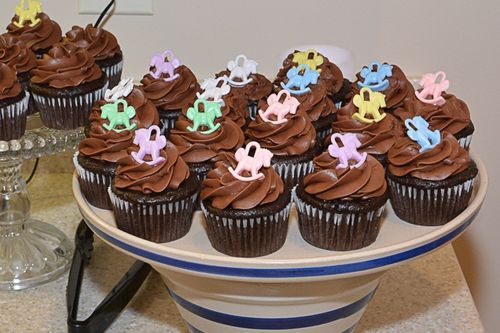 Gluten-free chocolate cupcakes...yummy!!!  If someone hadn't told me they were gluten-free, I never would have known the difference. The rubber duckies swimming in the punchbowl were a cute touch! 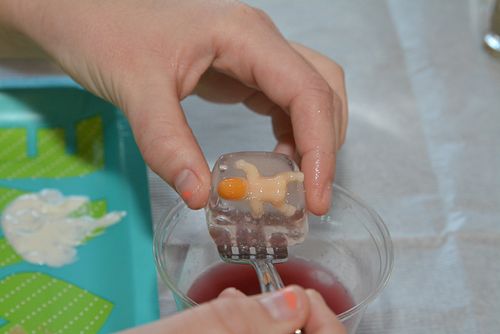 One of the fun games we played was called, "My Baby's Water Broke."  Everyone got an ice cube in their drink that had a plastic baby frozen inside...whoever's baby melted through the ice first would win a prize. 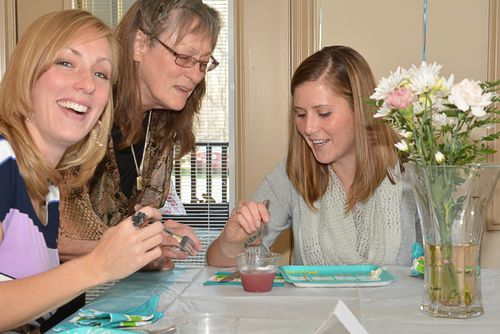 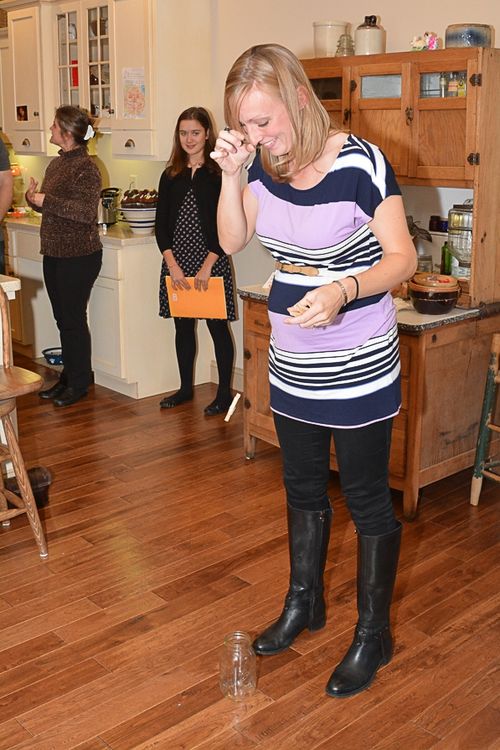 Dropping clothespins from your nose into a Ball jar shouldn't really be that hard...but it is.

Anique could barely see the jar past her adorable six-month-baby belly! 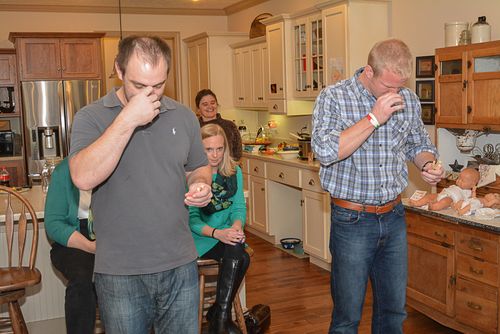 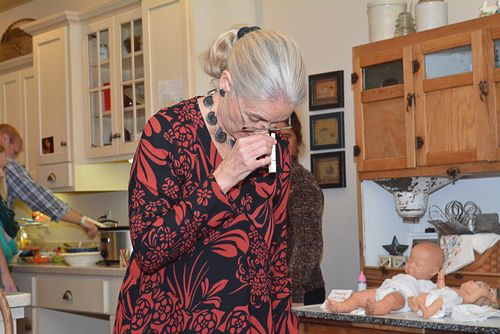 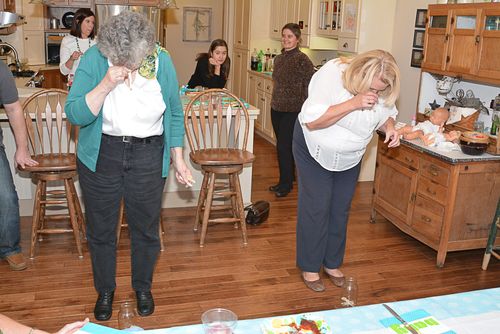 Not sure who won the challenge, but we all got a lot of laughs!

We may try this activity after our Thanksgiving meal...start practicing kids! 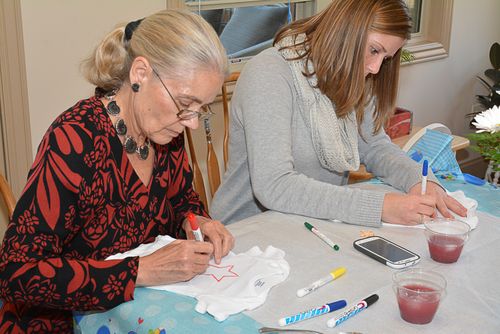 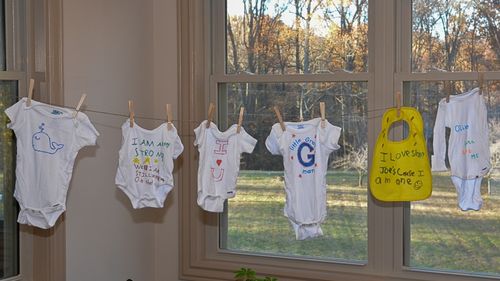 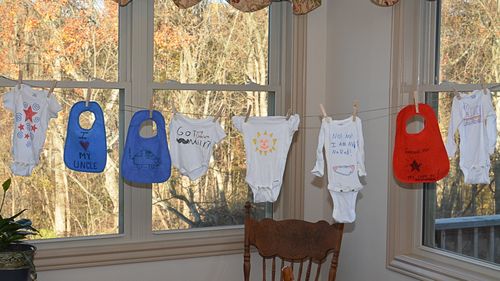 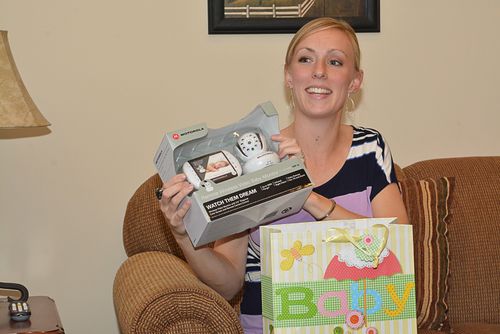 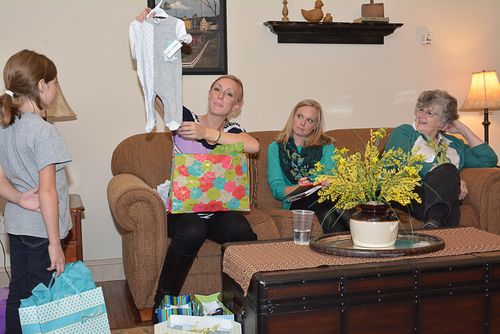 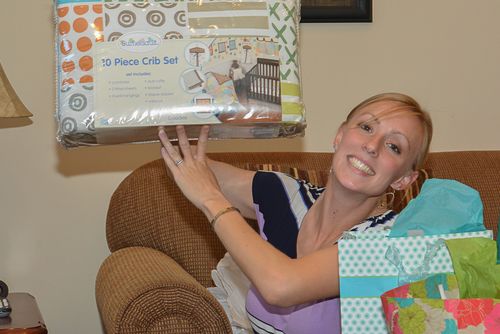 Lots and lots of nice gifts for Baby Kiwi! 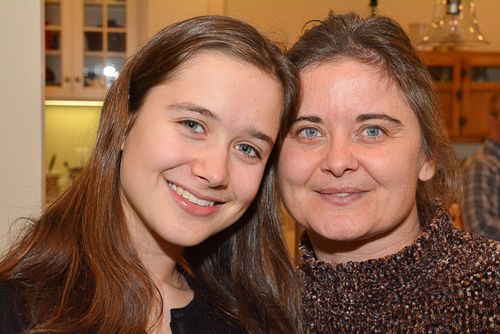 The most unusual gift was given by Christina, a high school senior whose mother is a friend of Dorothy's.  I first met the two of them at Anique's bridal shower, when I was so impressed that Christina was a very, very talented young ballerina dancing in the starring role of The Nutcracker. 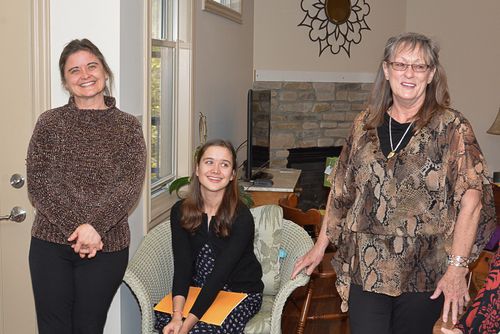 Now Christina is finishing her final year of high school with aspirations of acceptance into Indiana University's highly prestigious School of Music, focusing on voice now instead of ballet.  She shared the piece she's preparing for her audition, a Czech song about a mother's love.

Take a listen (click on the link and check your volume settings...this little girl can flatout SING!).... 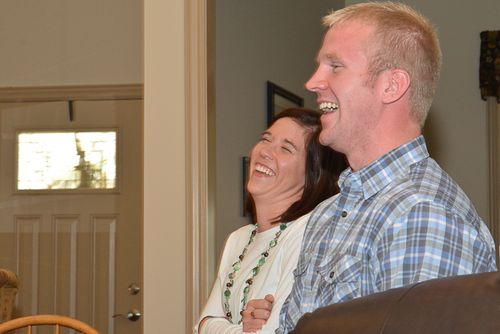 All in all, a wonderful day!!! 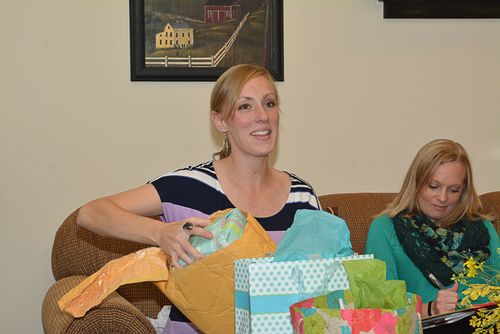