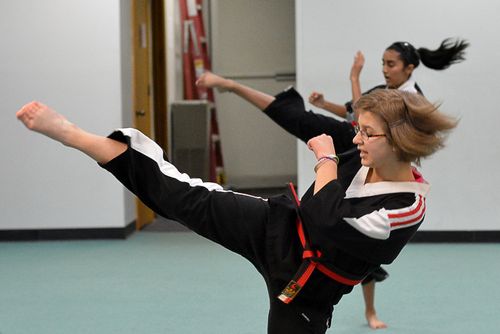 Our 14-year-old niece Sydney is now officially a black belt in tae kwon do. 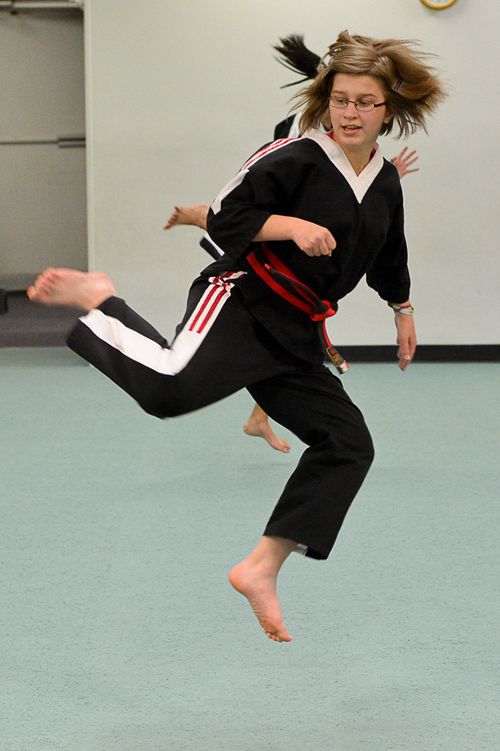 Syndey began studying tae kwon do when she was 8 years old.  She's smart as a whip as well as committed to her sport, and she moved up through the ranks quickly. 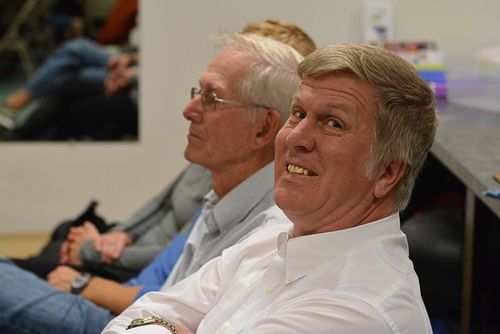 Friday evening Kim and I made the 2-hour drive down to Bloomington to watch her test for her black belt. 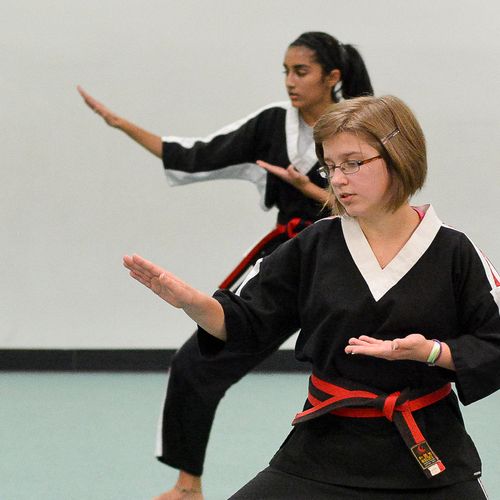 Since my only exposure to the martial arts has been a tv show or movie, it was fascinating to watch in real life with a black belt on the line. 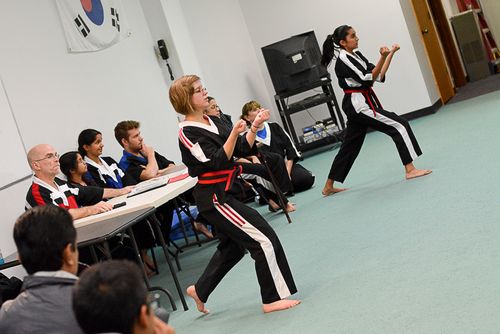 Her instructor, Mr. Scott, barked out forms and moves that Sydney and her friend (also vying for a black belt) executed gracefully and beautifully. 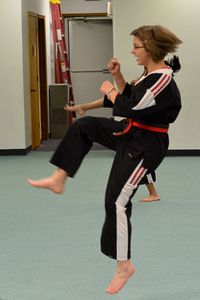 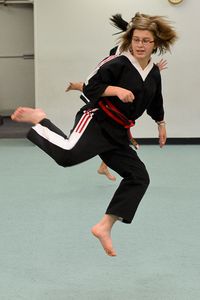 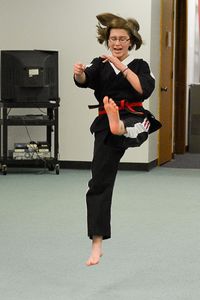 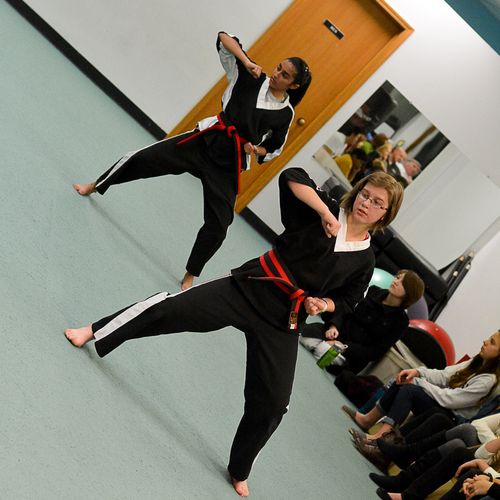 All those years of hard work were finally paying off! 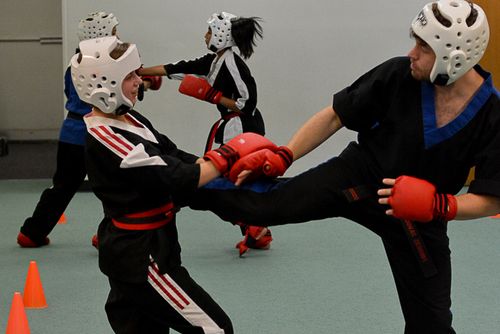 The final part of the testing, after Sydney was already exhausted both physically and mentally, was sparring with other black belts.  Sydney's first partner was a grown man who was a foot and a half taller than her... 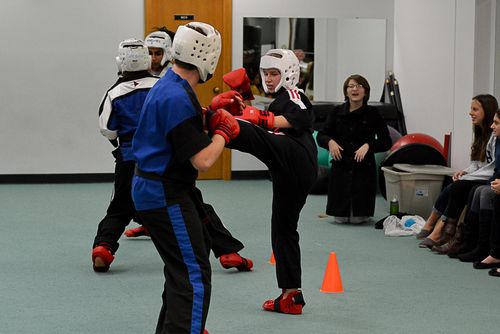 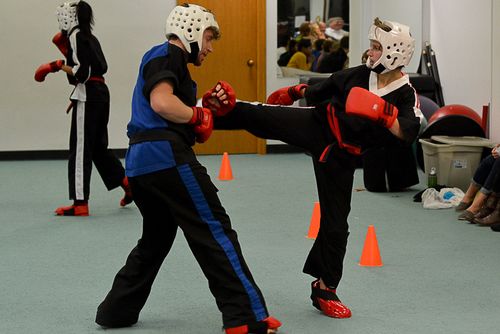 ...but Sydney held her own and did great! 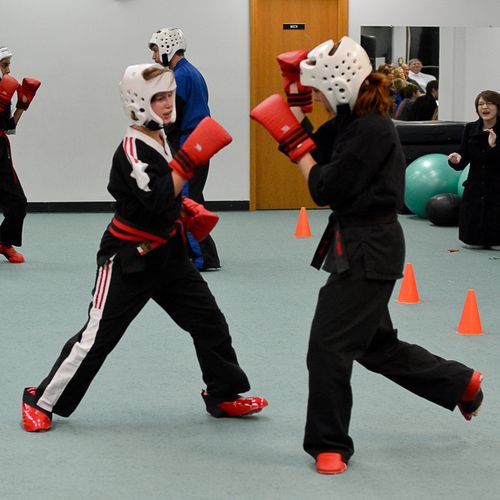 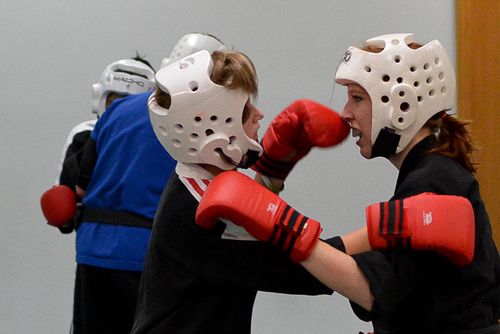 She did it!!!  Mr. Scott presented the coveted black belt to Sydney... 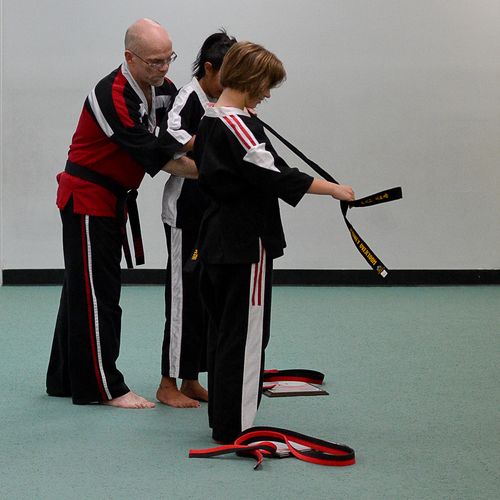 ...along with a little lesson on how to tie it. 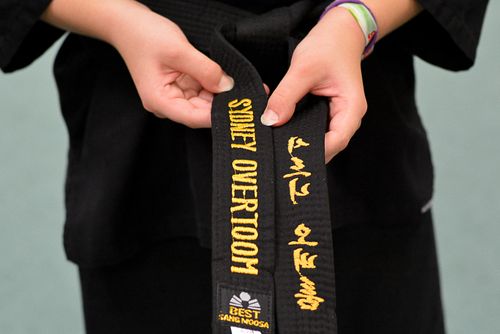 Very cool!  Sydney's name in English as well as Korean! 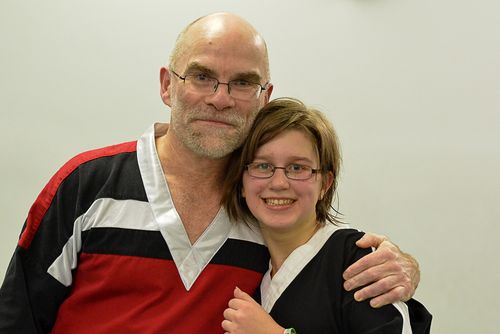 These two shared six years of blood, sweat, and tears...all worth it! 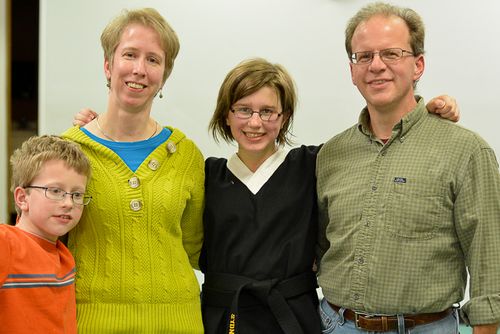 Proud parents Paula and Greg, and proud little brother Foster (who is also studying tae kwon do in Sydney's footsteps)... 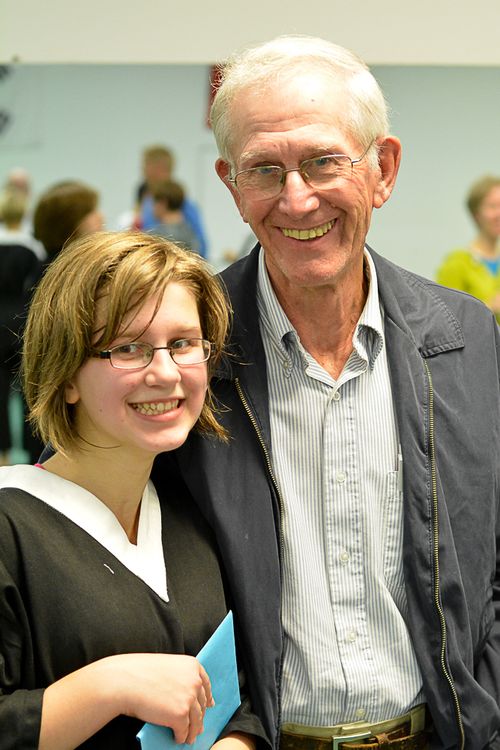 Grandpa Kenny was happy to share the big moment! 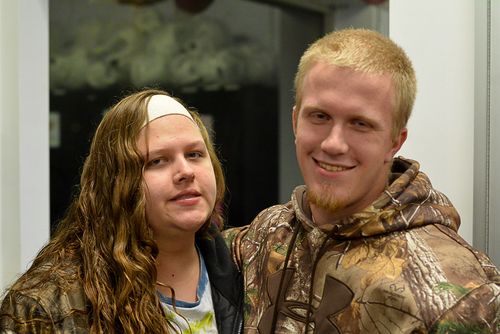 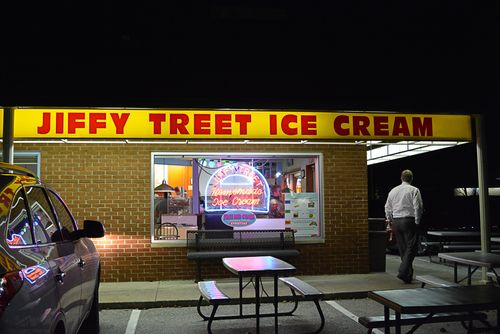 Afterwards, Kenny bought us all ice cream at Jiffy Treat! 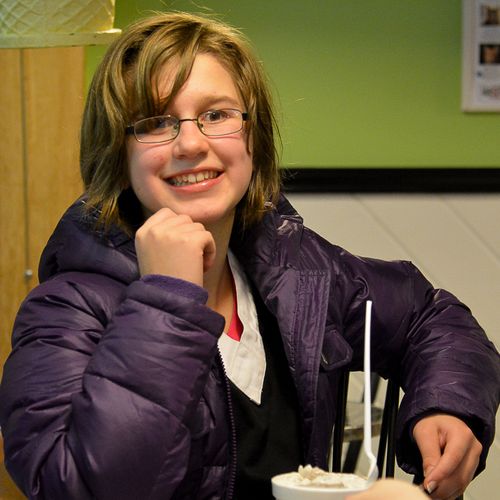 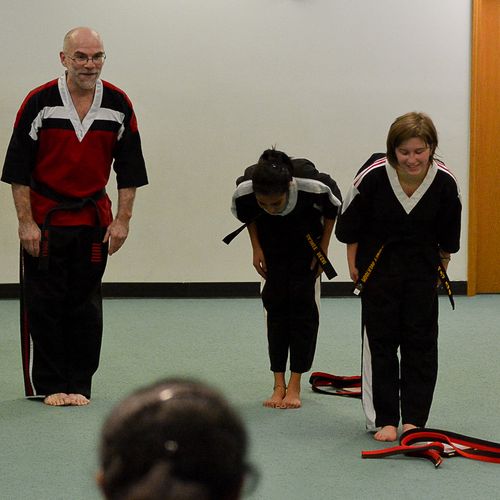 We're all super proud of you, Sydney!