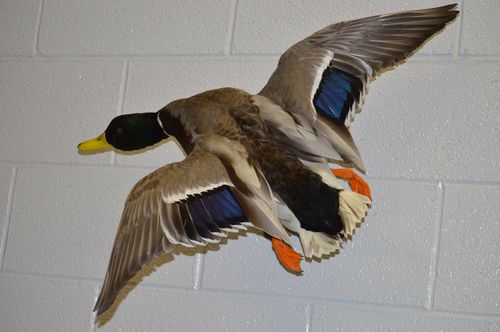 Jack is flying high above our great room.

Well, actually in this photo he was flying across the wall of Taxidermist Steve's studio.  But now he's hanging in the alcove above our entertainment center, waiting to be joined by Jill and his other 6 mallard friends chillin' in their cattail-lined pond edge.

The diorama we're working on is going to be an awesome piece of art once it's finished.  I'll keep you posted (of course I will!)..... 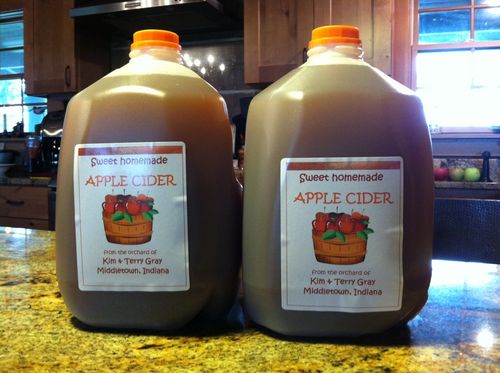 This cider-making business is about to get me down.

We're closing in on 200 gallons of cider...and we've still got plenty more to do...although Kim says we're on the downhill now. 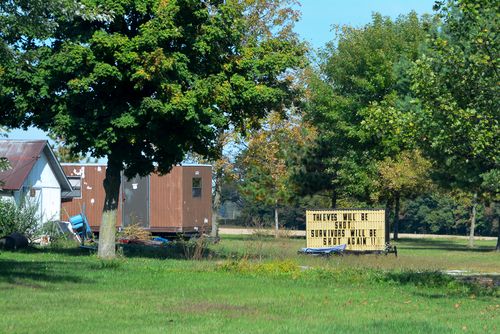 Every time we drive to Father-in-Law Kenny's to press cider, we pass this mobile home property with the sign out front: 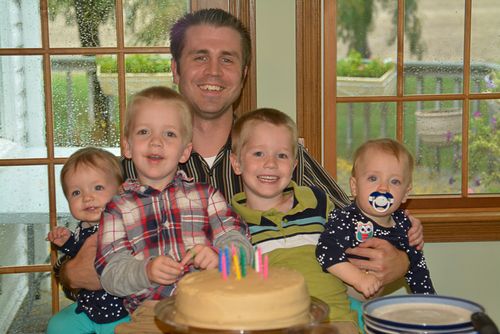 It's been a big birthday week for the Gray bunch.

And then on Thursday, Daughter-in-Law Anique turned 27 and that same day our baby girls were one.

My how time flies when you're having fun!.... Hard for me to drive by a posing heron without stopping for a quick shot.... 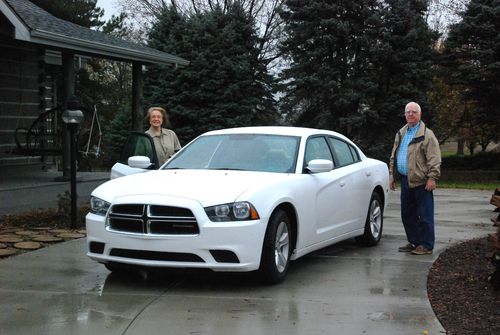 Last October, Aunt Ruth came to visit us from North Carolina with her friend Earl.

We'd never been around Earl much, but we really came to like him.  And our respect for him grew as he took care of Ruth and in his own way suffered along with her when she found out shortly after her trip that she had terminal pancreatic cancer.

Sadly, Aunt Ruth died this past June with Earl and several of her family at her side. 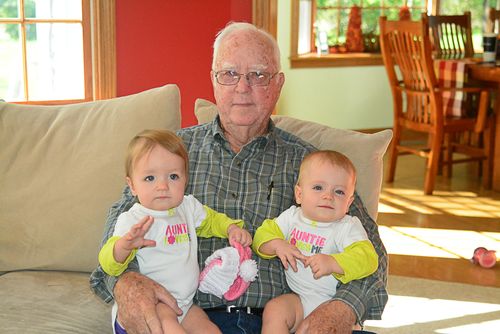 I got an email from Earl last weekend that said he was passing by our way and planned to stop for a visit.

Dana was gracious enough to dress the girls in the outfits Aunt Ruth had given them when they were born (which they have just now grown into) for a quick photo with Earl.

If such things happen in heaven (Earl says Ruth did not believe they do...but how do any of us really know?....), Aunt Ruth was surely smiling down upon us that afternoon... 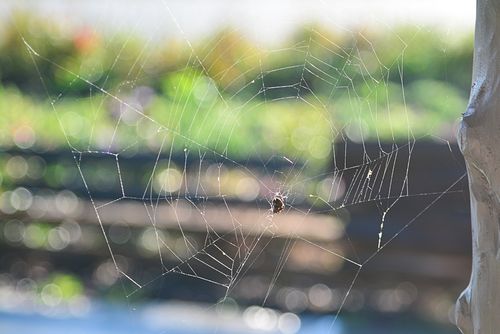 As I was putting my fall decorations on the porch, I discovered a spider had made his own home there.

I think I shall leave it for awhile...a very realistic Halloween decoration, don't you think?! 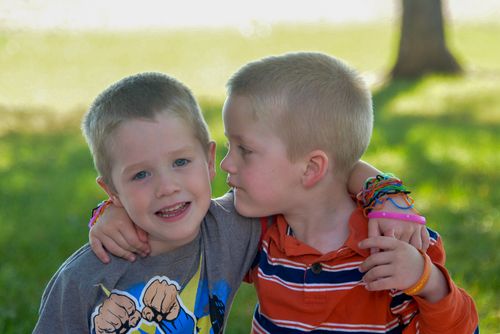 Kaden was a bit of a grump the afternoon I photographed the twins smashing their birthday cakes, and was not a bit cooperative when I wanted to take his photo.

Something tells me his mood was a combination of a too-short nap plus the fact that the girls were getting all of the attention... 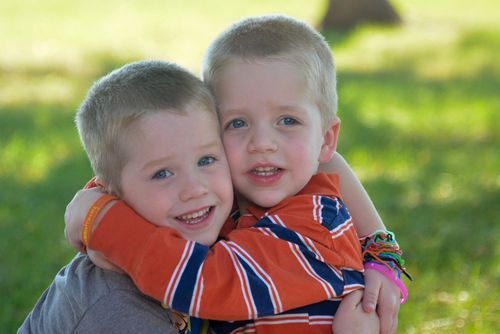 That hug may or may not have been motivated by sincere brotherly love...or Gramaw's coaxing...

On our agenda today:  the official one-year birthday festivities this afternoon.  Can't wait!

Have a wonderful weekend, my friends!